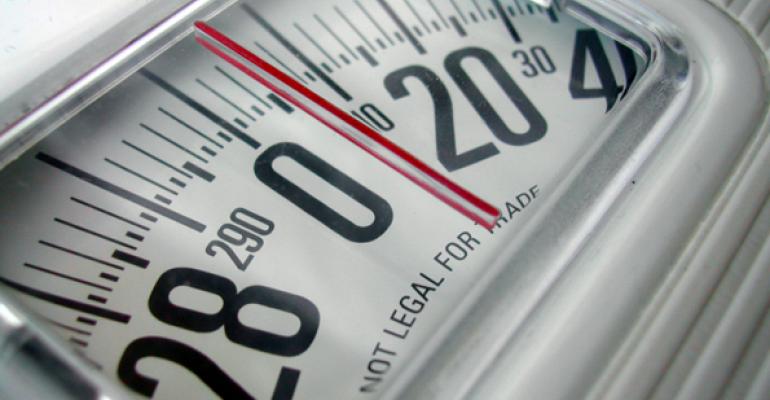 Watch out: The food police have big plans for you

The RAND Corporation got its start specializing in doomsday-type analysis of national defense policy, coming up with the Mutual Assured Destruction strategy during the Cold War. This renowned Santa Monica, CA-based think tank has since branched out into other policy areas, including food. Few, if any, restaurant operators will like RAND recommends they do to combat the obesity epidemic.

RAND analysts Debra Cohen and Lila Rabinovich published a paper in the latest issue of Preventing Chronic Disease titled “Addressing the Causes of Obesity: The Relevance of Alcohol Control Policies”.

In it, they make the argument that strategies used to control alcohol abuse could work just as well to curb obesity.

“Just as regulating alcohol accessibility has been effective in reducing problem drinking, regulating food accessibility is promising for controlling unhealthy eating habits,” Cohen says. “Such policies need to be multi-pronged and use a mix of approaches including restricting access to problem foods, reducing impulse purchases, using point of purchase warnings and attempting to control portion size.”

Sounds good on paper, but pay attention to how these policies play out in real-world restaurant settings.

Suggestions for restricting access to problem foods include “reducing hours of outlets predominantly promoting items with low nutrient value” and “prohibitions on all-you-can-eat food promotions.” On the latter, a Rand news release suggests that “restrictions on ‘all-you-can-eat’ buffets should be considered, as buffets may encourage consumers to overeat. Buffets could be required to charge by weight of the food consumed to reduce the risk of overeating.” Good luck to buffet cashiers if this idea takes hold.

The RAND analysts also want to control point-of-purchase impulse buying (“prohibition of displaying high-sugar/high-fat foods near cash registers”) and limit drive-through service at restaurants. Going further, Cohen and Rabinovich suggest that because curbs on drinking and driving have been a good alcohol control policy, prohibitions on driving and eating should be put into place, too.

Coming up with enforceable portion control guidelines would seem to be a daunting challenge, but the analysts suggest that “default portion sizes could be applied to all foods, but maximum serving sizes should be set for foods that are high in calories and low in nutritional value, such as sugar-sweetened beverages and deep-fried foods.”

The quick-service segment would bear the brunt of these recommendations if they were to become national policy. But any regulations that result would likely have a powerful effect on how full-service operators do business as well.

Readers may think that these recommendations are a little Big Brother-ish to ever take hold in America. But don’t underestimate the highly influential RAND Corporation’s ability to set agendas for those who oversee national policy, whether it be for defense or food.

For her part, Cohen acknowledges that some of her paper’s ideas will be a tough sell, but thinks they might prevail in the end.

“Resistance to this type of regulation would likely be high, such as demonstrated by recent attempts in New York to regulate the size of sodas available at restaurants,” she says. “However, as obesity becomes more prevalent throughout our society, it is crucial that we take stronger steps to reverse this trend.”

Regulations like menu labeling are a slippery slope for restaurants. Keep your eye on how the RAND recommendations play out in the next round of food policy debates.