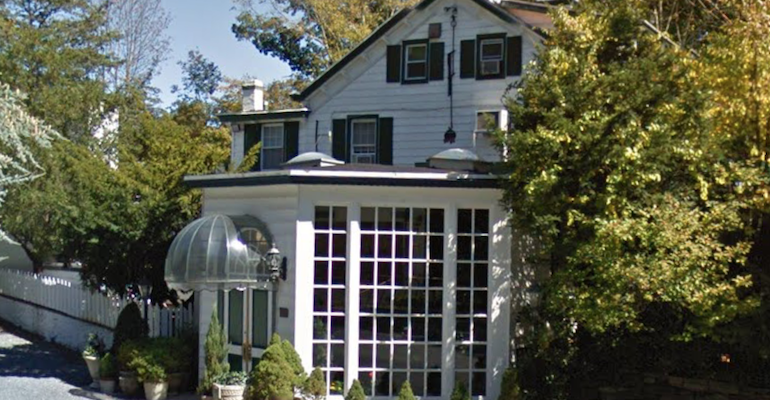 The owner of “stately” French restaurant La Crémaillère in the suburbs of Westchester, N.Y., was arrested on multiple charges of financial fraud and “potentially earned herself a reservation for one in prison,” the U.S. Attorney for the Southern District of New York said Tuesday.

Barbara Meyzen, known as “Bobbie Meyzen,” owner and operator of La Crémaillère in Banksville, N.Y., since 1993, was charged with fraudulently submitting applications for credit on behalf of the restaurant to at least nine lenders, supporting those applications with false bank statements, removing references to checks returned for insufficient funds, for example, or changing negative balances to positive, according to the U.S. attorney’s office.

Meyzen also allegedly falsely represented a second mortgage as discharged. She is also alleged to have charged more than $80,000 in food and restaurant supplies to one of the restaurant’s customers who had left her credit card number on file at La Crémaillère.

When the customer discovered the charges, Meyzen claimed it was a mistake and gave the customer two checks for a total of $32,000, but the checks bounced, officials said.

The restaurant was open on Wednesday. A representative answering the phone declined to comment.

U.S. Attorney Geoffrey Berman said in a statement, “When Barbara Meyzen’s upscale clientele of bankers, celebrities and other notable figures frequented her restaurant, they saw a stately French manor in a serene Westchester suburb. What they did not see was the alleged rampant financial fraud that was happening. As a result of her alleged fraud, Barbara Meyzen has potentially earned herself a reservation for one in federal prison.”

According to the charges, Meyzen Family Realty Associates LLC, which owns the restaurant property, and La Crémaillère Restaurant Corp., which operates the restaurant, both filed for bankruptcy in 2018 and 2019 respectively. Meyzen is part owner of both entities.

The U.S. attorney’s office also alleges that Meyzen misled the trustee handling the bankruptcy about insurance on the property, which had been canceled for months due to nonpayment.

Two days after the bankruptcy filing in April 2019, Meyzen allegedly opened a bank account in her name and diverted more than $40,000 of the restaurant’s credit card receipts to that account. Meyzen then used some of that money to pay a food distributor and an in-home nursing service. That account was closed in May.

She then opened an account in the name of Honey Bee Farm LLC and diverted restaurant credit card receipts there, as well as an advance for $20,000 in future revenue, to make other supplier payments and pay an employee.