Decorated Chicago Chef Doug Psaltis is opening a contemporary Greek restaurant in the Logan Square neighborhood and he’s quick to point out it’s a passion project built on love for food, fam and community. Psaltis is joined by his pastry chef wife, Hsing Chen (Manresa Restaurant, The French Laundry, Jean-Georges Restaurants) and another power couple, Ryan and Anna O’Donnell of Ballyoo Hospitality.

Continuing the full-on love theme, Andros Taverna’s mission statement includes the Greek word philotimo, a word that’s tough to define, but representative of a deep-seated awareness of goodness and generosity.

The opening takeout menu reflects the Mediterranean diet in a craveable way with a strong salad/veggie focus, premium seafood like tender grilled octopus, slow roasted meat and more. Also available: fun options like the Philotimo Feast for two and the Simple Spartan, an individually portioned meal with a choice of protein, dip, small salad and pita.

Founder Yavonne Sarber says the idea of margaritas and bourbon drinks dominating the menu equally is a bit of “something for everyone,” a balancing act for all restaurants, not just upscale casual spots. Case in point: a bourbon, black cherry-mango-habanero slushee resides on the beverage menu next to the Little Red Corvette, a dressed-up margarita with a strawberry swirl and an edible rose.

A hallmark of upscale casual: taking a familiar form, then riffing on it with flavors from your team’s imagination. Takes on tacos include the Bama Jamma (Alabama-white barbecue chicken and tobacco onions), the Easy Ranchero with tater tots, cowboy candy and a fried egg, the Cousin of Vinnie with ground beef, vodka sauce and a “queso cushion.”

A bit of Rome in Los Angeles

Oste — short for Osteria — the new Roman-style pinseria and osteria opened last month for delivery and takeout. According to a press release, this is one of the only places in the state of California you can find pinsa, a distinct style of pizza from ancient times.

Legacy of a Chi-town street corner

Ever since the early 1960s, this certain corner in Chicago — Morgan and Fulton — has held a friendly local spot where everyone feels welcome. (That Midwestern friendliness is coming in handy in an era of healing and rebuilding.) Marvin’s Food & Fuel is carrying on that tradition (they opened during the BLM riots of summer) with a low-key, relaxed vibe inhabiting the space. The heated pergolas (pictured) are semi-permanent, enclosed wooden structures.

Marvin’s Food & Fuel is making its mark with an homage to the American classic TV dinner. Who among us isn’t eating in front of the TV during this pandemic? Bonus: the wistful evocation of a time gone by. The $15 dinners are freezable and ready to heat for customers’ next big binge watch.

D.C. sister restaurants Napoli Pasta bar and Napoli Salumi put together a pop-up by Executive Chef Andy Clarke that offers a four-course meal with a wine pairing for $40 per person for dine-in, carryout or delivery. Limited menus and pop-ups allow upscale casual restaurants to quickly do what we all know we must: pivot.

Celebrated chef Roberto Santibanez is behind Mi Vida Restaurante in the District Wharf  neighborhood of D.C., part of Knead Hospitality’s portfolio. For three decades now, Santibanez has been exploring his beloved Mexico, and this is his latest journey. The name “Mi Vida” was reportedly chosen because it means “my life,” but also is a term of endearment bestowed on close family and friends to signify love, care and importance.

The words churros, pozole, chile rellenos and even ensalada seem to warm up winter on the menu. All of those and more are heating things up at Mi Vida, which offers several private and semi-private dining spaces, plus tailored menus in customized family style. 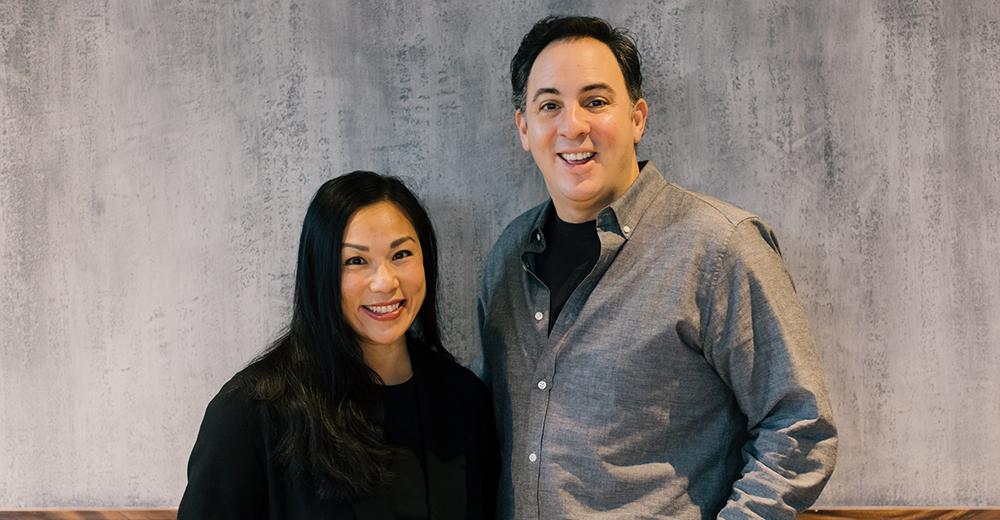 Next Up
This week's top 10: What restaurants can expect from the $25B relief bill; Massachusetts opens indoor dining to 100%
Start Slideshow ›