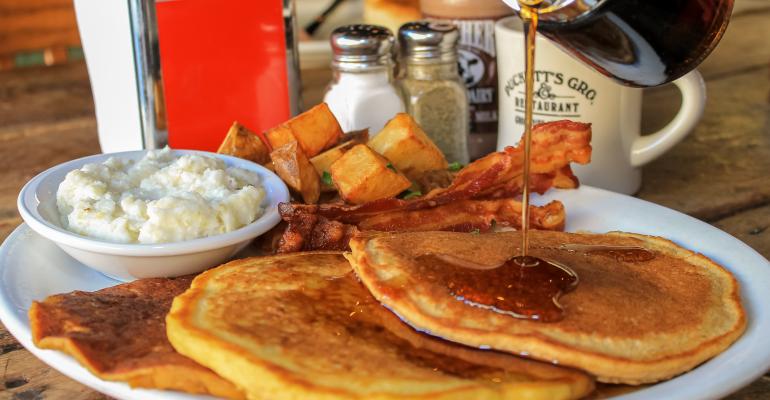 Tennessee-based Puckett’s Gro. & Restaurant is expanding, will open its seventh location in late-2022

The southern restaurant and music venue is coming to Cullman, Ala., marking A. Marshall Hospitality group’s first location outside Tennessee

Puckett’s grocery store opened in the 1950s in Leiper’s Fork, a small town outside Franklin, Tenn., and was still operational when Andy Marshall purchased it in 1998. The original store has since changed hands and names, but today, A. Marshall Hospitality (AMH) operates six Puckett’s locations, with sites in Nashville, Chattanooga, Columbia, Franklin, Murfreesboro and Pigeon Forge, and a seventh is slated to open in late 2022 in Cullman, Ala. The Cullman location will be the hospitality group’s first venture outside of Tennessee.

Over the years, the Puckett’s concept expanded to include a full restaurant and live music. It’s open for breakfast, lunch and dinner and serves a menu of southern cuisine, including Memphis-style barbecue smoked low and slow over cherry wood. “Meat and three” specials pair meat with a choice of sides, and other menu favorites include fried chicken, country fried steak, shrimp and grits, and a selection of sandwiches and burgers. Prices vary slightly by location, but dinner appetizers run from about $8 to $13, and entrees range from $14 to $28. Puckett’s also sells a popular line of sauces, rubs, spices and marinades.

A. Marshall Hospitality COO Lyle Richardson said that in 2020 and early 2021, Puckett’s shifted to more delivery and curbside pickup, just like everyone else. But generally, dine-in service accounts for about 85% of their business.

The Alabama location will have 196 seats and a stage for live music. This setup falls in line with the company’s other stores, which average around 5,500 square feet and 160 to 180 seats, and feature rotating musicians throughout the week. It will serve the same menu as the Tennessee locations, with the addition of Alabama white sauce, a mayonnaise-based barbecue sauce that’s a staple in the state.

“The community of Cullman is very similar to the communities we’re in now, so it felt like a natural fit,” said Richardson. But the expansion decision was spurred in part by a group of regulars, dubbed “the Alabama Girls,” who drove up regularly from Cullman to visit Puckett’s restaurants in Tennessee.

Over the past 15 years, Andy Marshall and his wife built a great relationship with the Alabama Girls, who were often joined by family members and neighbors. “We have often thought that the Cullman area would be a great place to have a Puckett’s,” he said. “Now it’s happening, and we look forward to serving and being a part of Cullman.”

Though they’re busy with the forthcoming opening, AMH hopes to expand its footprint further. They’re looking in West Tennessee, as well as neighborhoods east of Nashville, and they also have sights on Oxford, Miss. “We do have a dream at one point in time to get down to the 30A area near Destin,” said Richardson, noting that nothing is yet in the works.

AMH owns and operates other concepts, too, including Americana Taphouse, Deacon’s New South, Scout’s Pub and Burger Dandy, all in Tennessee. They’re not ready to disclose details yet, but Richardson hints that the company hopes to expand another restaurant this year. He notes that, for now, they’re more interested in replicating current concepts than creating new ones.