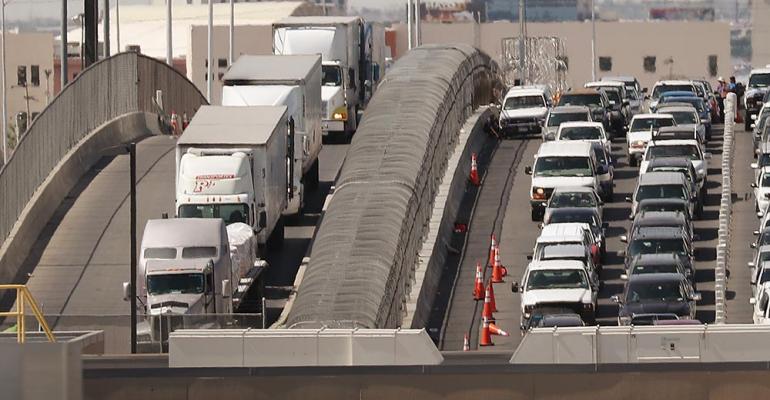 Punitive tariffs the Trump administration has proposed on Mexican imports could affect the bottom line of many restaurants in both the short and medium term, according to economists and pricing specialists.

The administration last week threatened to impose a 5% tariff on imports from Mexico starting June 10, increasing to 15% in August, 20% in September and 25% in October, “unless and until Mexico substantially stops the illegal inflow of aliens coming through its territory,” the White House said in a statement.

In the short term, that could affect food costs, as about 43% of all fruit and vegetable imports into the United States come from Mexico, according to a 2016 report from the University of California at Davis.

The United States also annually imports $3.6 billion in beer and wine (mostly beer) and $1.6 billion in alcohol — much of it tequila — according to U.S. trade data.

Chipotle Mexican Grill said last week the proposed tariffs could cost the company $15 million and might lead it to raise prices, possibly adding 5 cents to each burrito.

“The Mexican situation is analogous to a tax. It’s just about paying more,” commodities analyst John Barone, president of Market Vision Inc., said in an email “It should not affect product availability or supply chain, but it will have a big impact on cost — particularly fruits and vegetables.”

He added that avocados will be particularly hard hit as the bulk of our imports of that fruit come from Mexico.

Peak availability of California avocadoes is April through July, according to its trade association. After that increases of avocado prices would be based directly on the percentage of the tariff, Barone said.

If tariffs were to continue into the winter, produce prices would be particularly affected as U.S. production diminishes and the need for Mexican imports increases, said Sebastián Fernández, chief research and development officer at consulting firm Revenue Management Solutions.

Although much of the concern has been focused on how the tariffs would affect restaurants serving Mexican food, Fernández pointed out that tomatoes, avocados and other imports from Mexico are in widespread use across all segments.

Then there’s the danger of increased tariffs not just on imports from Mexico, but from China and Europe, negatively affecting the economy as a whole, experts warned.

According to the Tax Foundation, a think-tank that analyzes implications of tax policy, tariffs planned and imposed so far by the Trump administration would reduce gross domestic product by $50.31 billion, or 0.2%, and eliminate nearly 156,000 jobs. Additional tariffs threatened on China and Mexico would further hit the GDP by 0.5%, it said, eliminating more than 385,000 jobs.

Fernández said that macro-economic impacts like that would likely hit casual-dining and upscale restaurants as consumers tightened their belts, although it could be a boon for quick-service chains and others competing on price.

However if the ongoing trade wars nudge the economy into a recession, “then everyone hurts,” he said.