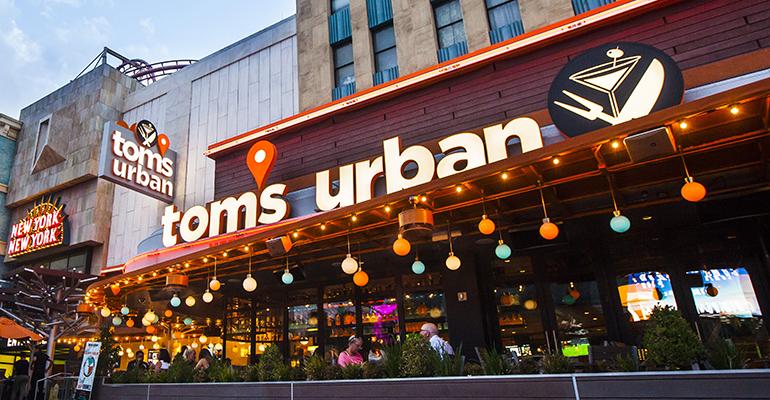 When the Philippines-based Jollibee Food Corp. bought a majority stake in the Smashburger chain earlier this year, that left investment firm Consumer Concept Group with a 15-percent stake in the fast-casual chain, as well as ownership of the four-unit eatertainment concept Tom’s Urban.

Last month, Consumer Concept Group rebranded as Black Shamrock Partners, and the investment and operating company has plans for expansion, said Tom Ryan, a partner in Black Shamrock and CEO of Smashburger.

Ryan  — who is partnered in Black Shamrock with Quiznos-founder Rick Schaden, the investment firm’s chairman, and his cousin Brooks Schaden — sees opportunity in the sort of lifestyle experiences that will get consumers off their couches and out to dine, drink and play — as well as watching other people play.

Since Ryan founded it in 2012, Tom’s Urban has evolved into a restaurant and interactive sports bar with “big watch opportunities,” one where guests would gather to watch various events, from professional and college sports or the Kentucky Derby, to live music or possibly e-sports, Ryan said.

“The big opportunity here is to make those types of game situations more valuable than watching them at home,” he said. “We’ll also broaden the appeal to make them not necessarily so male dominated. We want to be the sports bar you can take a date to who will be happy to go.”

Tom’s Urban locations are high-profile and high-traffic, including Los Angeles’ LA Live complex near the Staples Center; on the strip in Las Vegas; and in casinos in Connecticut and near Portland, Ore. 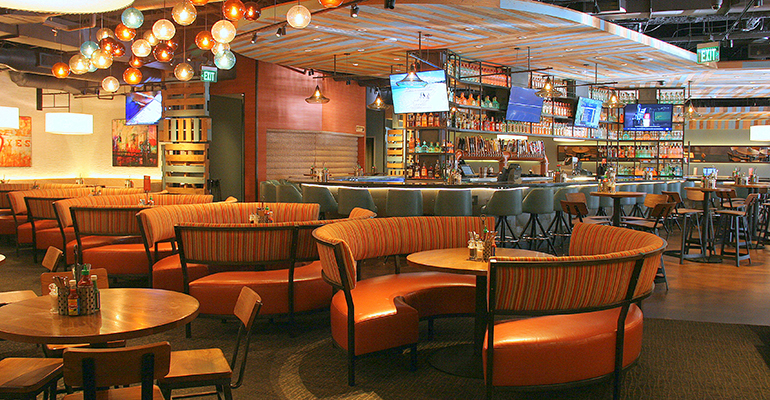 This fall, the fifth unit is scheduled to open at the Westin Hotel at Denver International Airport, said Ryan, and the group plans to do more in casinos, airports and hotels.

The original Tom’s Urban prototype, on Denver’s Larimer Square, recently closed, Ryan said. Originally designed to be a 24/7 operation, that location wasn’t a good fit for what Tom’s Urban has become, he said.

“There were both traffic-based issues — like not having any — as well as management issues doing that,” he said.

Black Shamrock also owns Motiv Group, an “experiential company” that operates sports-and-entertainment events, such as triathalons and festivals. Motiv puts on the Oktoberfest in Denver, for example, as well as the Sydney Marathon, the Napa-to-Sonoma Wine Country Half Marathon and the Malibu Triathalon.

“As we build that portfolio out, you’ll see more of a balance between sporting-based and entertainment-based events,” said Ryan.

Rick Schaden, in a statement, said the group will drive growth in the “experience-based lifestyle economy” with plans to add new capital partners, increase investment capital and bring in experienced entrepreneurial executives to accelerate growth of such brands.

Smashburger also last year introduced a line of burgers called “Triple Double,” with “triple the cheese and double the meat in every bite.”

The move prompted a lawsuit from Irvine, Calif.-based In-N-Out Burger. The California chain argued the name was too similar to its trademarked “Double Double.”

Ryan wouldn’t comment on the lawsuit, which is ongoing, but he said the burger and various line extensions at Smashburger have been a top seller.

“It’s our No. 1 selling burger in the history of Smashburger, and it’s set every sales and mix record we had when we launched it just over a year ago,” he said. “So we’re continuing to promote it.”

Smashburger has also added turkey burgers into the mix nationally, along with crispy brussels sprouts and cold-brew coffee shakes. 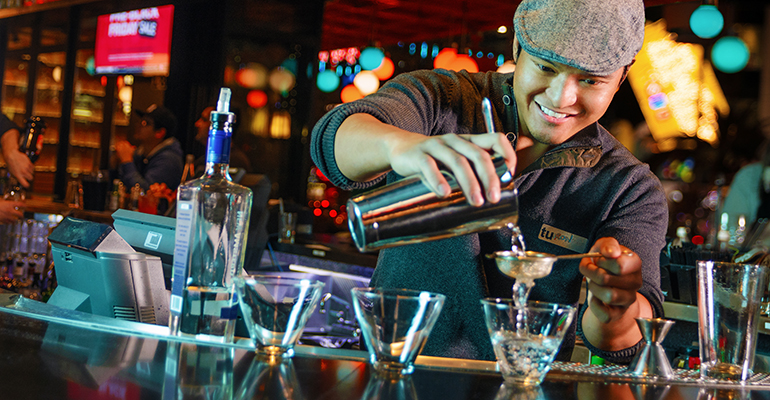 The chain has opened one of what will be two flagship units at Denver International Airport that will be full service, offering “three-plus dayparts,” and also a full bar.

Ryan said he can’t yet share detailed plans, but “expect to see an accelerated focal point on concept and distribution growth from us over the next 18 to 24 months.”