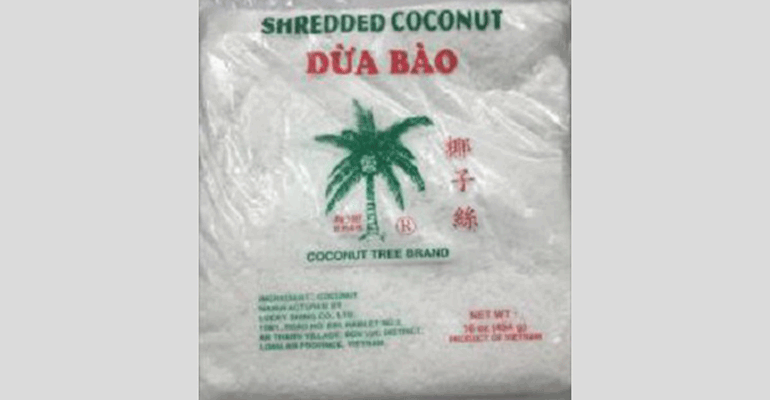 Shredded coconut has been identified as the source of a salmonella outbreak in multiple states, the Centers for Disease Control and Prevention said Tuesday.

Some victims reported having an Asian-style dessert drink at restaurants in the week before they fell ill. The product is distributed in Ohio, Massachusetts, Washington, California, Oklahoma, Illinois, Michigan, New Jersey, New York, Pennsylvania, Oregon, Florida and Texas.

It was first identified by the Massachusetts Department of Public Health after the coconut was used as an ingredient in a Boston restaurant, which the health department did not identify.

Most of the illnesses were reported in California (9), but also in Pennsylvania (5), Washington state (4), Massachusetts (2) and one each in Colorado, Oklahoma, New York, Connecticut and New Jersey.