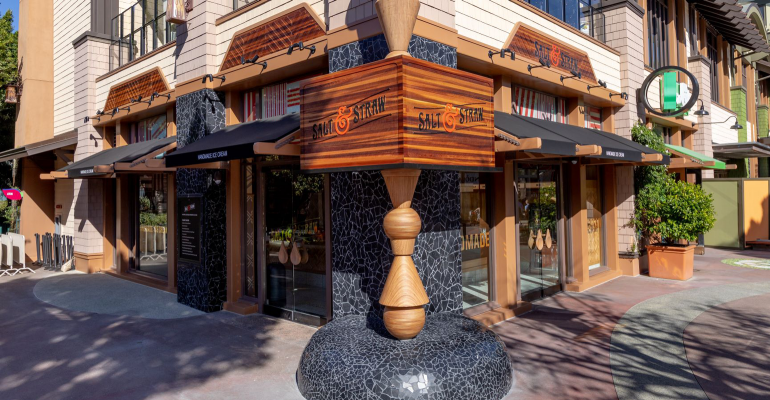 The Portland, Ore.-based artisanal ice cream phenom opened its 16th location in Downtown Disneyland last week to a swarm of crowds. Two more California locations are planned for 2018 and 2019. When the next two locations open, Salt & Straw, founded in 2011, will have grown from nine locations to 19 since Meyer’s May 2017 investment. The expansion includes the brand’s new soft serve dessert bar, WizBang in Portland.

The company has locations in major California markets, including five in the greater Los Angeles area. But the new Disneyland scoop shop is by far the company’s biggest and most ambitious opening. 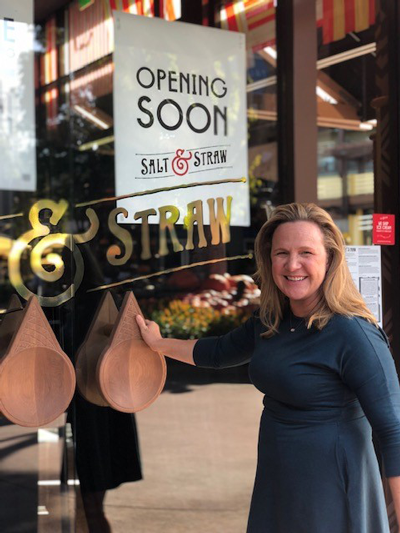 The brand is offering a special greatest hits menu that is sure to draw non-Disney fans to the store. Co-founder Kim Malek said Salt & Straw, notorious for its snaking lines, altered its design and operations to accommodate the thousands of tourists that pass through the shopping district, adjacent to the main entrance of Disneyland.

Luckily, Malek got a little help from Disney, whose team of crowd control experts advised her on how to brace themselves for the masses. They designed the queue and encouraged other ideas to speed up lines without losing what makes the brand special: hospitality.

Salt & Straw customers get one-on-one service from an employee behind the counter who takes care of their order from start to finish.

Salt & Straw likes to call it “star” treatment, where customers get an employee’s undivided attention. At the counter, customers learn about the funky flavor combos and sample endless amounts of ice cream before ordering.

It’s a Catch-22 situation for the concept, named a 2017 NRN Breakout Brand.

“We have this problem that no one feels sorry for us. We have line abandonment,” Malek said during a preview tour last week of the Anaheim, Calif. shop.

Over the years, Malek said long lines have not been a huge problem. In some ways, it’s a badge of honor, and has reinforced the brand’s community gathering spirit. Customers forge relationships while waiting in line. Some have gotten job offers. Others, marriage proposals. 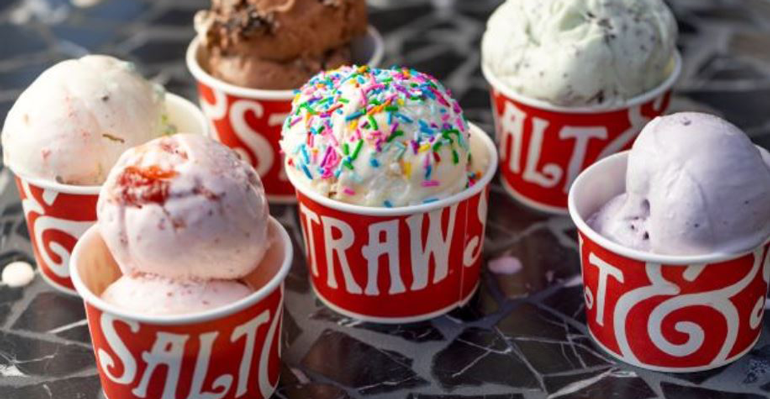 But being steps away from Disneyland’s main gate is a completely different challenge. In 2017, the park logged 18.3 million visitors, according estimates by Themed Entertainment Association, a non-profit that tracks theme park and entertainment industries.

“It’s monumental,” Malek said of the pressure and prestige of landing in such a prime location.

To help speed up service, Salt & Straw has doubled the staff at Downtown Disney. Most stores have 25 employees. Disney gets 50. The counter is the longest of any of the stores, which allows more employees to serve customers at any given time. The number of POS systems has doubled from two to four.

And, most importantly, Malek is deploying an employee to answer menu questions and offer samples for people while they wait in line. This “concierge” position should reduce the time spent at the counter.

It appears to have worked. 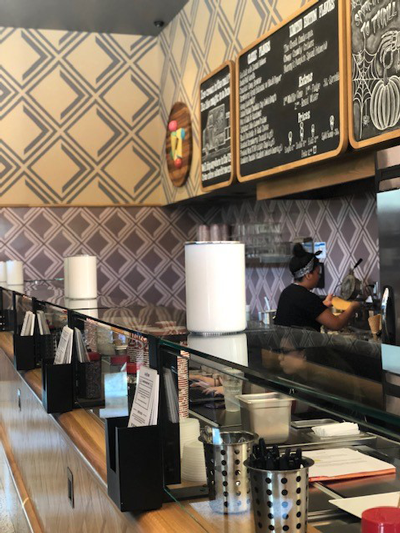 On a busy Sunday afternoon this month, the wait was about 15 minutes.

Malek said the Disneyland location has unintentionally acted like a beta store. The best practices learned in Anaheim will likely be adopted to newer locations, she said.

“This has really made us better,” she said.

Malek and her cousin Tyler Malek founded Salt & Straw as in ice cream cart in 2011. From the beginning, they offered seasonally influenced flavors made in small 5-gallon batches. Each store offers core classics such as Sea Salt with Caramel Ribbons, Double Fold Vanilla and Chocolate Gooey Brownie.

Flavors rotate with no shop having an identical menu to others.

The famed Honey Balsamic with Black Pepper, for example, has only been available in Portland. A Food Network show named it the second-best ice cream flavor in the country. 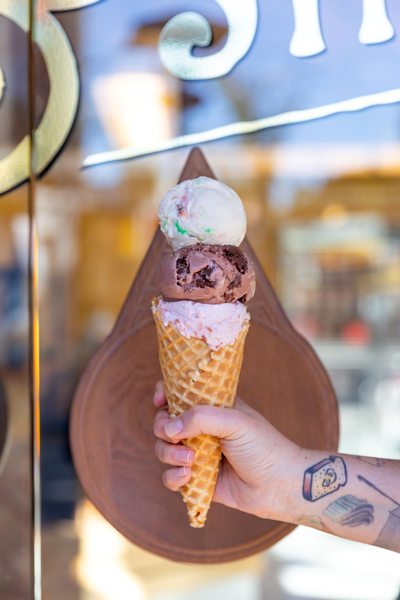 Portland’s Honey Balsamic is also on the menu in Anaheim.

Cult-favorite Pots of Gold and Rainbows, normally only available around St. Patrick's Day, is a year-round flavor at Disneyland. Malek said fans are “freaking out” on social media about the availability of the ice cream, which is made with hand-sorted pieces of Lucky Charms steeped in cream to create a “bottom of the cereal bowl” experience.

“We are known for having flavors that are unexpected,” Malek said.

Each scoop contains crickets covered with dark chocolate and mealworms made into coconut toffee brittle.

Those influences — a mix of seasonal, environmental, artisanal and whimsical — have made Salt & Straw a much sought after brand both by consumers and investors. KarpReilly was an early investor followed by Meyer’s USHG.

Malek and her cousin remain majority owners. The equity support, she said, has fueled their growth, both in unit count and internal infrastructure. They filled key corporate roles in finance and human resources with the funds. They also built state-of-the-art commercial kitchens to support expansion in California and Portland.

The next scoop shop opens in Palo Alto later this year, followed by a second San Diego location in 2019.