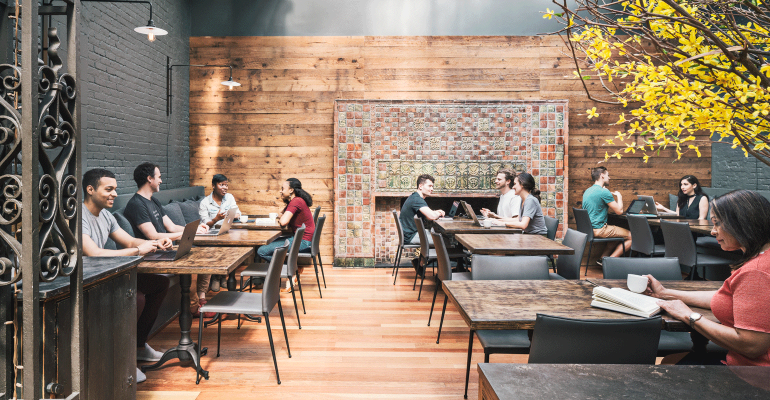 Startups offer operators a way to profit from remote workers

Coworking spaces are popping up everywhere. Is your restaurant next?

While some restaurants shun laptop use, others are embracing freelancers and remote workers. With help from startups like Spacious and Kettlespace, operators are transforming their dining rooms into coworking spaces for the 9-to-5 crowd and making a profit.

“If you have the extra room, and you’re not operating that room at that hour, it’s a no-brainer,” said Kyle O’Brien, a partner at Hotel Chantelle, a three-floor restaurant, nightclub and event space in Manhattan’s Lower East Side. O’Brien has been working with Kettlespace to rent out part of his location to workers for about six months.

A Kettlespace employee comes in every morning to set up extension cords, coffee and tea. Kettlespace members, who pay $25, $49, or $99 per month, filter in and out throughout the day.

“Those are dead hours for us,” O’Brien said. “We’re not making any money, so any bit of money is great.” 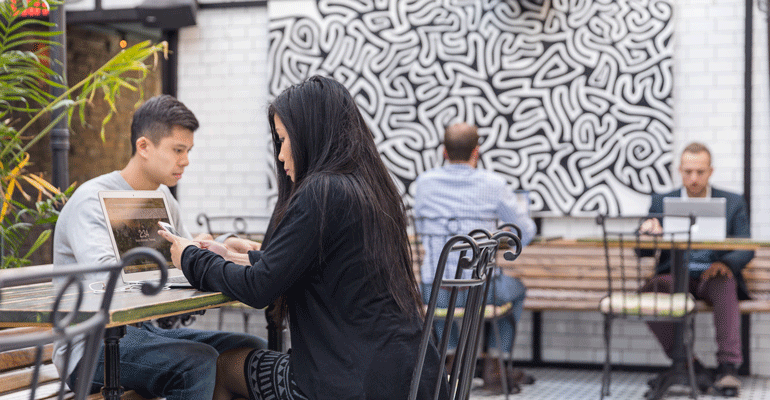 Both Kettlespace and Spacious, a startup that offers a similar service to restaurants and coworkers, declined to give specifics on their financial arrangements with restaurants, saying each one differs, based on the size, hours and popularity of a space.

“I wouldn’t say count it in your revenue model,” said Laura Maniec, a master sommelier and the co-founder of Corkbuzz restaurants and wine bars.

She works with Spacious to rent out her venue in Manhattan’s Union Square to coworkers. But she calls the process “effortless” and has suggested working with Spacious to other restaurant owners.

(Co) working with the restaurants

“What we like to say, when we talk to restaurant partners, is we’re going to preserve your current state of normal, provided that that current state of normal leaves the dining room empty between 8 a.m. and 5 p.m.,” said Preston Pesek, the co-founder and CEO of Spacious. His company has operated coworking spaces in restaurants throughout San Francisco and New York City since 2016.  “We have a license agreement with our partners, and it’s non-exclusive, so whatever they have to do to maintain their current business is totally fine.”

Restaurants sometimes have to close for private events or for a Food Network filming, for example, as CorkBuzz recently did. Spacious gives their members, who pay $99 a month for a year, a heads up about the closure. 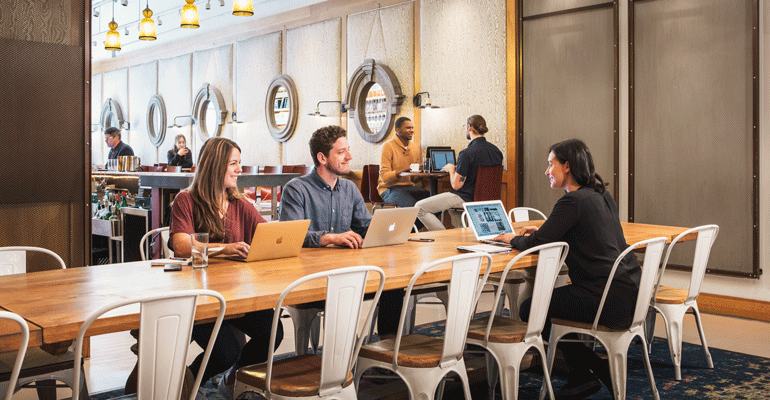 Before opening his restaurant, he had been warned that restaurant ownership was hard work, he recalled. “I was realizing that not only was it hard work, but over the past decade, and five years, in particular, it’s become harder and harder work, and the model has become more challenging.”

Andrew Levy, one of Iovacchini’s co-founders, came from Twitter. Daniel Rosenzweig, another co-founder, previously worked for WeWork, a leader in the coworking industry. 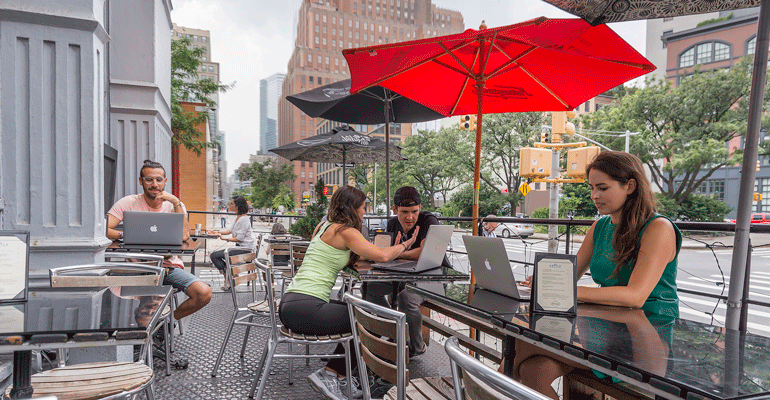 Before launching Kettlespace, “I had literally been working in our dining room and using it as my everyday work space,” said Iovacchini. “Now I just have more friends around me when I’m working.”

All-day restaurants and those with a lunch program aren’t necessarily excluded from becoming coworking spaces.

“A lot of restaurant partners, when they see the crowds we deliver to their space, they say, ‘These people definitely are hungry, and they should probably be served food from our kitchen,’” said Pesek. “Any time we can, we want to be able to make that simultaneous operation possible, it takes a little bit of operational coordination to make sure that it’s smooth and seamless, but generally speaking, if we provide an opportunity the restaurant can take advantage of, then we’re more than happy to accommodate.”

The Milling Room keeps their front room available to lunch guests and also serves Spacious coworkers at their seats in the back of the restaurant.

“It’s much more convenient to sit here and order lunch than trying to figure out where to go,” Pesek said. 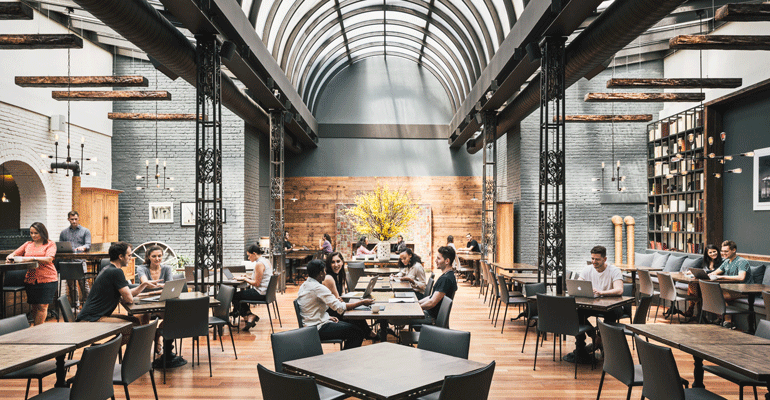 Spacious at The Milling Room

Work Eat Play, another coworking restaurant startup in New York, is dedicated to restaurants that serve food all day. The startup is currently in the process of relaunching and fundraising, with the goal of expanding to Washington, D.C., Boston, Philadelphia and Austin, Texas.

As co-founder and CEO Nicolai Strøm, describes it, the fundamental difference between Work Eat Play and its competitors is the ability to bring in foot traffic for breakfast and lunch service.

Members pick a restaurant in which to work,  and reserve a spot — much like they would with a reservation app. Throughout the day they have the option of ordering meals.

“I’m a foodie, and I love a good lunch, and I typically built lunch around my workflow because I had the opportunity to work in a flexible way,” said Strøm.

Restaurants “have these shoulder hours where there’s a beautifully designed space, and there’s kitchen and hospitality staff — we’re just bringing in foot traffic in off-peak hours by making these spaces work ready and available to an online community.”