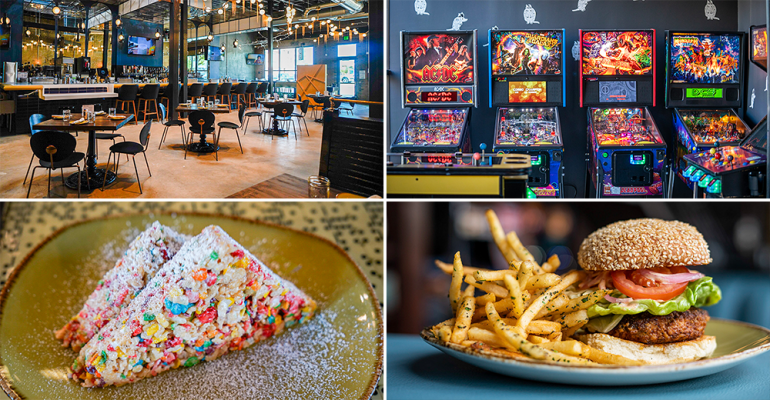 The food-focused Punch Bowl Social is set to open its 17th unit Saturday in Dallas.

The Denver-based company will debut its 17th unit in the Deep Ellum neighborhood of Dallas, just east of the city’s downtown. It is the company’s second unit in Texas, after the first in Austin.

“We’ve spent years looking for the right spot in Deep Ellum because of the way the neighborhood has stayed true to its roots while welcoming fresh ideas,” said Robert Thompson, founder and CEO of the concept, in a statement.  “We can think of no better place to open our second Texas location and look forward to contributing to the neighborhood’s vibrancy and energy.”

Thompson opened the first Punch Bowl Social in Denver in 2012, and the concept was a Nation’s Restaurant News Hot Concepts honoree in 2018.

While the units offer entertainment, Thompson said the main focus is on food and craft beverages, including the signature punch bowl – offered in both alcohol and non-alcohol versions. The menu is under the direction of Sheamus Feeley, the chief culinary and beverage officer who joined Punch Bowl in 2018 from Hillstone Restaurant Group.

Take a look at the Dallas Punch Bowl Social.