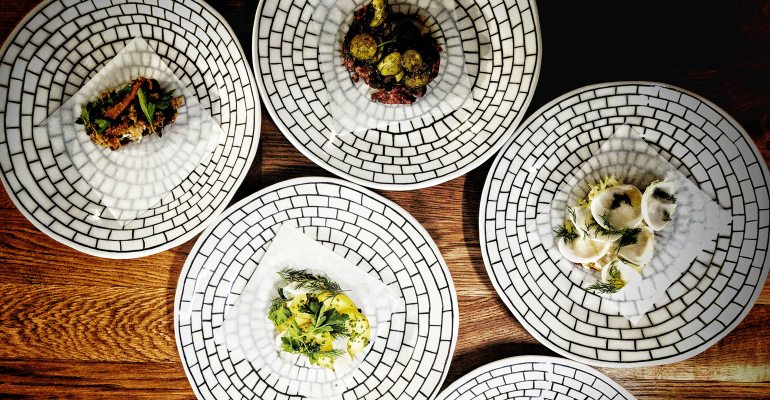 Addo
A dinner by chef Eric Rivera at his pop-up space, Addo
Operations

The pop-up has grown up.

What was once an underground and seemingly rule-flouting trend has become a well-established business practice by chefs and restaurant operators. These temporary locations allow them to test new markets, gauge the response to new recipes, and experiment with entirely new concepts.

But today’s pop-ups aren’t the makeshift establishments that were popular a few years back. These days, operators have a different idea of what a short-term restaurant can and should be.

Kitchen facilities like Mess Hall in Washington, D.C., for example, Chefs Club in New York, Addo in Seattle and Revival Food Hall in Chicago are giving temporary pop-ups a permanent home — and often marketing and business infrastructure that can help operators reach the next level.

“It used to be that people would do pop-ups in New York and San Francisco in old warehouses. People would do these temporary installations and sell food and alcohol on the gray market to circumvent having to license,” said Al Goldberg, the founder of Mess Hall, an incubator and event space that hosts pop-ups. “They would sell tickets in advance and the location would be unnamed until the day of and then everyone would just show up. Now things are a little bit more legitimate thanks to the advent of shared kitchens which are now across the country.” A lemon meringue by Unconventional Diner, a restaurant in D.C., and Johnny Spero of the restaurant Reverie in D.C. photographed during Mess Hall’s New Kitchens on the Block pop-up dinner.

“Things have changed a little bit with the nature of pop-ups,” said Goldberg. “We’re a licensed facility so people can come in here and shout instead of whisper when it comes to social media. That stuff used to be on the down low and you kind of had to know who to follow on Twitter and whatnot. Now when there’s going to be a pop-up, we call the Washington Post, the Washington City Paper and we shout from the rooftops.”

For $1,300 restaurant operators get three-day access to an event space at Mess Hall which includes a demonstration kitchen, dining room, tables and chairs.

Chefs from outside the D.C. area come to gain name recognition or as part of an ongoing series. Local chefs and restaurants stage pop-ups there to test new menus.

For select soon-to-be open restaurants in Washington, Mess Hall regularly hosts a New Kitchens on the Block dinner where these restaurants can offer a preview of the concept to come to generate buzz.

Mess Hall also serves as a commissary kitchen. As a caterer, Goldberg had seen the demand for a shared kitchen space.

About 40 businesses use the 10,000-square-foot mixed-use space to start and establish their food businesses — and some also host pop-ups in the event space there.

In addition, Mess Hall staff offers business services and programming, like talks given by the city’s licensing department, as well as one-on-one consulting. Press and marketing is a big part of the appeal of working with established pop-up locations.

The space was decorated in bright colors with chef Andino’s face plastered on various walls. The residency required no buy-in from Andino, but Chefs Club develops a profit-sharing agreement with each chef or restaurant.

“I wanted to take the Chefs Club Counter residency because of the marketing opportunity that it presents,” Andino said. “Given the corner location of the restaurant, as well as the prime visuals that it presents, it was a no-brainer to take the roughly 10,000 people a week that walk by it and market to their eyes.” A dinner by chef by Eric Rivera by his pop-up space, Addo

Getting to the next level

Eric Rivera knew first-hand the complications of going out on his own. Even as an accomplished chef with a stint at Alinea restaurant in Chicago, he “couldn’t figure out how to get to the next level.”

He started Addo, an incubator and pop-up space in Seattle because he saw the need for an alternative way to start a business and be a chef. Rivera shares the profits from the pop-up and incubator 50-50 and offers what he calls “restaurant consulting 2.0.”

Rivera runs his own pop-ups at Addo’s two spaces in Seattle, as well as various locations around the world. He has no plans for a more permanent place to work, “for me, it’s about building a brand and building what we do and saying the space doesn’t matter.”

At Addo, Rivera teaches cooking classes and hosts regular dining events, like a dinner series that tells the story of Washington state through a multi-course tasting menu.  Rivera has hosted everyone from his former colleagues at Alinea to home chefs cooking for a crowd for the first time. The Cubano sandwich at Tribecca’s Cubano

At the end of a pop-up experience, chefs say they are better prepared for what lies ahead.

“I’ve learned that running three restaurants is dramatically different than running two,” said Andino. “You absolutely need a strong supporting staff, from managers to cooks to line-level employees, to make your brand successful.”

Tribecca’s Cubano, a limited-menu concept focusing on Cubano sandwiches, is in the first half of a three-month stint at Revival.

“In a stand-alone restaurant generally, you’re worried about building out infrastructure from plumbing to electric to HVAC and dealing with black iron and ventilation and all that,” he said.

At Revival, however, he said, “We certainly customized the booth, and we had certain pieces of equipment that we needed that we brought in, and then we put up our own branding and signage and our own sort of feel in the booth, but the superficial touches were what we had to worry ourselves with. We didn’t have to deal with any of the infrastructure.”

And this helped them focus on the food and on gathering data about their new operation, he said.

“We learn so much every time that we serve any food that we make,” Kulp said. “Operationally we can really make sure that we learn all kinds of things about systems and operations. Execution wise we’re able to really understand how to make the food that we want to offer and do it at a high volume. I think we also get to see how we fit in the marketplace.”

Kulp isn’t sure where Tribecca’s Cubano will end up eventually. It might find a permanent home at Revival or elsewhere. But he said, “I love eating the sandwich, so I don't want it to go anywhere.”