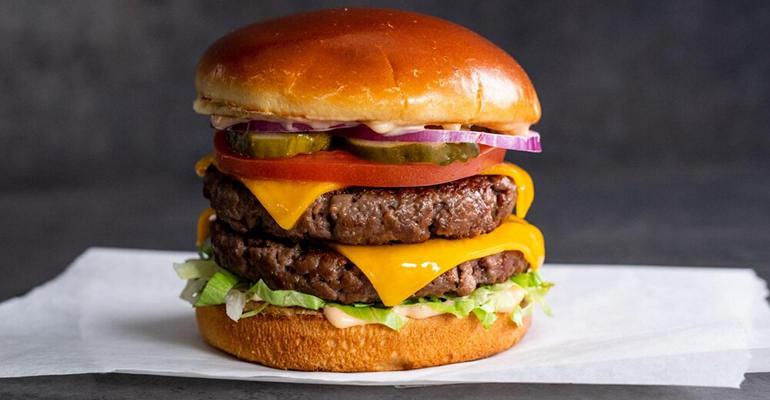 One sustainability theme that promises to emerge at the National Restaurant Association Show in Chicago this week is the rapidly expanding world of plant-based meat alternatives.

Beyond Meat and Impossible Foods have raised the bar for meat-like alternatives, and their product lines continue to expand. Beyond Pepperoni is a FABI Award winner at the show this year, for example, as is Impossible Meatballs.

These are all part of a wave of Next Generation plant-based proteins that is emerging, hoping to steal market share. And with that comes new technologies targeting the plant-based world, like a robot burger-building chef designed specifically for such products.

As consumers look to reduce meat eating for both health and environmental reasons, the parade of plant-based restaurant concepts shows no sign of slowing.

The U.K.-based Neat Burger has arrived in New York City with plans for growth in the U.S., using proprietary products for the burgers, chicken and seafood dishes made with pea protein. Actor Leonardo DiCaprio is an investor.

Philadelphia-based HipCityVeg this week opened its 11th location in Washington, D.C.’s Navy Yard, and will launch its first plant-based hot cart next week, sponsored by Beyond Meat.

And the longtime pioneers in meat-free menus are expanding their brands.

The 30-unit Veggie Grill, based in Los Angeles, last year launched the new Stand-Up Burger concept. In June, Stand-Up Burger is scheduled to open its fourth unit (and first in Los Angeles). Another five are expected to open before the end of 2022 — including the first location in New York City — and the company is planning to launch franchising.

Stand-Up Burgers uses an Impossible Foods patty, while Veggie Grill tends to use more Beyond Meat, which chairman T.K. Pillan said has a “cleaner allergen-free ingredient deck” that fits the mother-brand’s health halo.

Veggie Grill has also expanded plant-based alternatives into many other meat categories, like deli meat, various chicken products and cheeses with different functions.

Pillan contends Beyond Meat and Impossible Foods remain the leaders when it comes to meat-like burgers. But he welcomes the innovation that continues in the space.

“I think it’s great,” he said. “There’s innovation in the categories and people trying to create a healthier veggie burger option. It just shows the growth in the overall category in that there are multiple segments now.”

Here’s a sample of just a few of the plant-based offerings to look for at the show: