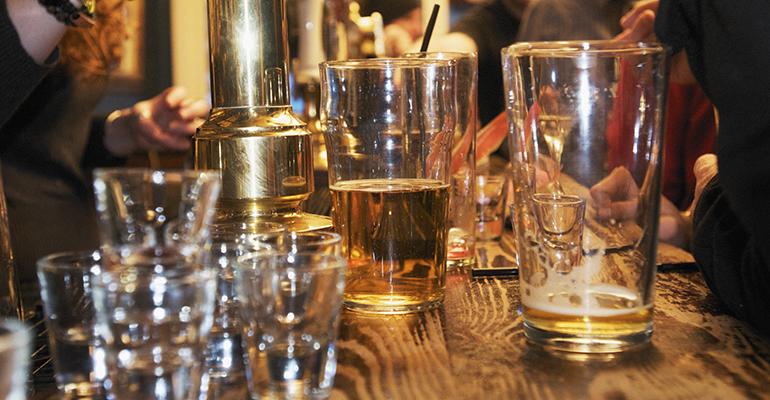 The owner of Bottle Bar East in Philadelphia has been ordered to pay $520,000 in back wages, damages and penalties for violating federal wage-and-hour laws, the U.S. Department of Labor said Wednesday.

Bartenders and servers were not paid any cash wages, causing them to work for tips only. Workers were required to attend quarterly staff cleaning meetings without being paid for their time, and both front- and back-of-the-house employees were not paid overtime for hours worked in excess of a 40-hour workweek, investigators found.

“Restaurant workers are among the most vulnerable in the service industries," said Jim Cain, the Labor department’s wage and hour division district director in Philadelphia. “Like all workers, they deserve to be paid every penny they have earned. The wage and hour division will continue to hold employers accountable.

“Other employers should use the outcome of this investigation, and this lawsuit, as an opportunity to review their own pay practices to make sure they comply with the law, and avoid costly violations like those in this case,” he added.

Representatives of the bar did not immediately respond to requests for comment.

The Labor department filed a complaint in the U.S. District Court for the Eastern District of Pennsylvania in April 2020. Named in the lawsuit as employers are BHMK owners Brad Helder and Mike Kellett.

After months of litigation, the bar operator agreed to pay the full amount of back wages, an equal amount of liquidated damages and civil penalties. A District Court judge ordered the bar to pay $246,457 in back wages and the same amount in damages, plus $25,729 in penalties, to 73 bartenders, servers, cooks and dishwashers.

Bottle Bar East is known for its craft beer selection and pub food. The bar is also a retail shop with a wide selection for takeout and delivery.