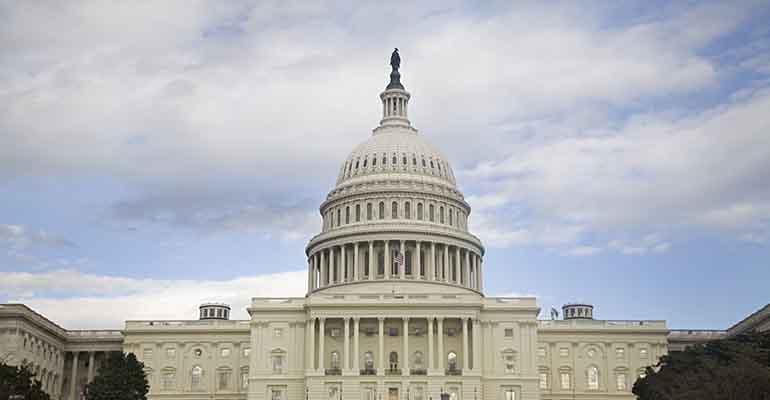 Michael Duva / Stone
The NRA sent a request to Congress asking for a revision of the requirements for the $349 billion in small business loans.
Operations

The association calls for Paycheck Protection loan revisions to prevent permanent restaurant closures, saying 15% could be shuttered within two weeks

The National Restaurant Association is asking Congress to revise requirements tied to the $349 billion Paycheck Protection loan program including lowering the cap spent on payroll so more funds can be utilized for expenses like lease payments — a move that will give restaurants a fighting chance to reopen once shelter-at-home restrictions are lifted.

The request was sent to Congress on Thursday, along with other suggestions aimed at helping the industry survive the economic devastation tied to the COVID-19 pandemic.

In the letter, the NRA made it clear that the industry needs swift but flexible and tailored aid as the industry approaches revenue losses totaling $100 billion by the end of April.

The association projects sales to decline by $225 billion if restaurants are closed for 90 days. The group pegs job losses to reach a high of 7 million, or little under half of those employed in the industry.

“The severity of this pandemic has made it clear that restaurants will remain closed — or severely curtailed in service — for far longer than originally anticipated,” the letter, signed by executive vice president of public affairs Sean Kennedy, states.

In mid-March, jurisdictions across the U.S. began mandating the closure of dine-in services. As a result, hundreds of independent restaurants and chains have had to furlough or lay off dozens of employees. In the first three weeks of the shutdown, the NRA said 3 million jobs have been lost and 15% restaurants have permanently closed, or will within the next two weeks.

The Paycheck Protection loan program, or PPP, is meant to be a lifeline for the industry. The forgivable loan, which opened to a crush of applicants April 3, was designed to allow small businesses to retain or rehire workers. The loan can be forgiven if at least 75% is dedicated to payroll.

The rest of the money can be used to help with other expenses. However, the NRA argued in its letter that restaurants are operating with skeletal crews and are in “desperate need of cash” to pay for other bills.

“The premise of the Paycheck Protection Program is to be a vital way of allowing restaurants to bridge this crisis, but there are warning signs that it is not providing the relief that is so desperately needed for our industry,” Kennedy said.

The NRA has asked Congress to lower the payroll cap to 50%, which would free up more funds to pay for expenses like lease payments and utilities.

If those bills aren’t paid, the NRA argued, then some restaurants won’t be able to stick around to pay employees because they’ll have to close permanently.

“A growing number of restaurant owners are concluding that the PPP is not going to prevent them from permanently closing operations in local communities,” Kennedy said.

Beyond reducing the 75% payroll mandate, the NRA suggested the following other “corrections to bolster” the success of the PPP.

Flexible timeframe for using funds: The PPP requires restaurants use the loan within eight weeks once funds are distributed. The NRA asked Congress to loosen those restrictions and suggested funds should be fully used once restaurants are fully reopened.

The argument: it will take longer than eight weeks for most restaurants to return to pre-COVID-19 levels.

“The growing reality is that many restaurants will be nowhere near full operating capacity within that time,” the NRA states. “Allowing loans to be retained until a full reopening takes place will stabilize the business and ensure that millions of restaurant employees stay employed for the long term.”

The NRA also suggested that the rehire date for employees should be changed from 60 days to at least 90 days from when restaurants are allowed to fully reopen.

This will “allow for a ramp-up period back to some kind of normal business cycle,” according to the letter.

Flexible loan maturity dates: The Treasury department has mandated that PPP loans have only a two-year term, a shift from the initial proposal of 10 years. The NRA asks for the 10-year maturity date, arguing it is indicated in the original legislative text. This applies for loans that are not forgiven because they don't meet the requirements. If Congress doesn't reduce the 75% payroll requirement, the NRA believes a majority of the loans will not be forgiven.

“Our industry has a very long, uncertain path to recovery by virtue of state-mandated closures and the long-term effects of social distancing. The terms should reflect the reality that recovery for us will take far longer than two years,” the letter states.

More money, more time: Finally, the PPP, which is accepting applications through June 30, should be extended through December 2020. This will allow adequate appropriation and an extended hiring window for restaurants to rehire full-time employees, the NRA said. This allows a ramp-up period that returns to something approaching a normal business cycle.

Other demands sought by the NRA include:

This week, lawmakers are debating the addition of more funding for the PPP program. Republicans are seeking an injection of another $250 billion for small business. On Thursday, however, the move reportedly hit a stalemate as Democrats seek more funding for hospitals and state and local governments.