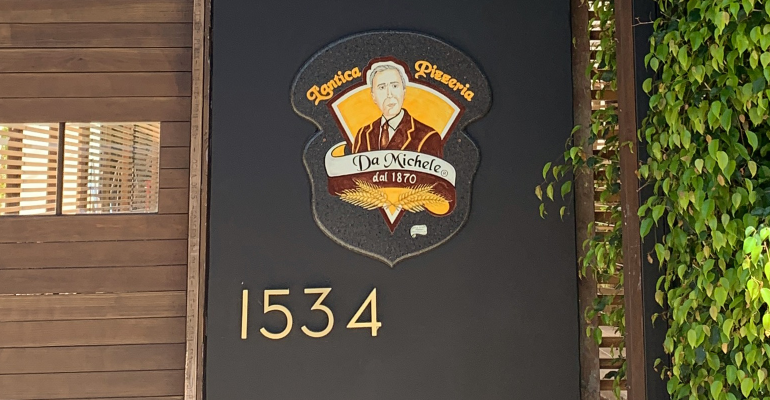 L’Antica Pizzeria da Michele — made famous by the book and movie “Eat Pray Love” — is scheduled to make its stateside debut this May in Los Angeles.

Restaurateur and designer Francesco Zimone has acquired area development rights for the concept in the United States, Canada and Mexico under L’Antica Pizzeria Da Michele USA LLC, and he plans to open 10 units over the next decade, and ultimately as many as 50. He is currently looking for a location for No. 2, which will likely be in the Los Angeles area or New York City, Zimone said in an interview with Restaurant Hospitality Thursday. 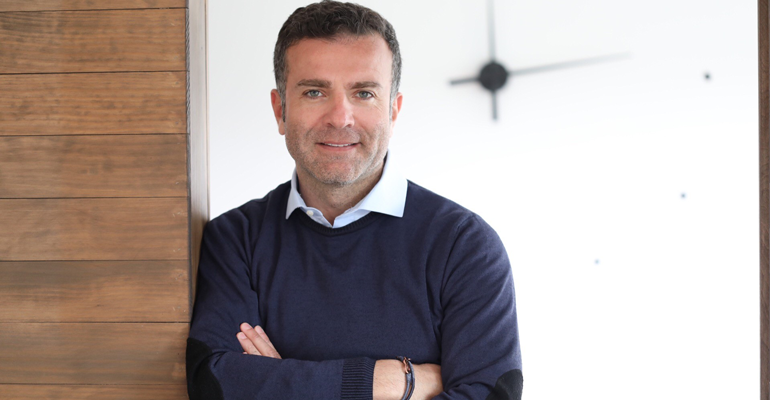 Zimone, who has a background in finance in Italy, came to the U.S. in 2001 to work in film production and finance, but later found himself moving into design and home renovation, as well as the promotion of Italian cuisine with Academia Barilla. Last year, he took over the former Café des Artistes restaurant to bring L’Antica Pizzeria to Hollywood.

The concept — which has locations in Japan, the United Kingdom, Spain and Dubai, in addition to about six in Italy — is known for its simple Neapolitan-style pies, with a thin, leopard-spotted crust cooked very quickly in an extremely hot stone oven.

Pizzaiolo Michele Rubini, also a partner, who trained in Naples, will serve the classic marinara and margherita pizzas initially, with plans to expand the menu later to include salads and more. 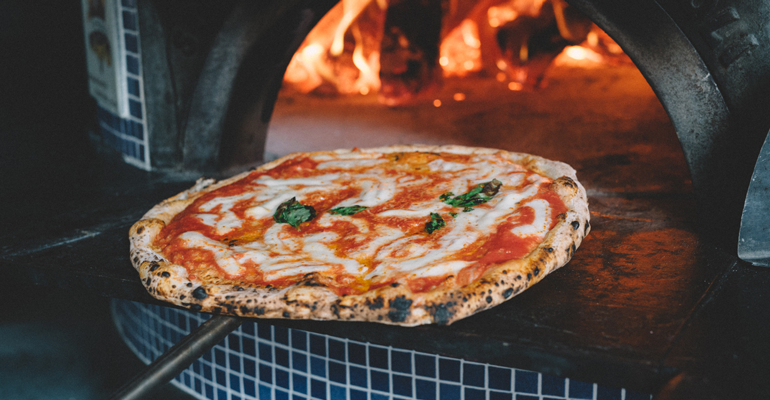 The blue-tiled pizza oven is housed in a glassed-in room off the patio, to allow guests to watch the pie-making process.

The 3,000-square-foot indoor/outdoor location in Hollywood was designed by Zimone.

“I wanted to make a space where people would want to hang out. It’s my house,” he said. “At the end of the day, I believe we are not only governed by the taste of the product but that you like the valet parking, you like the entrance, you like the way you’re served and the way people take care of you.”

The restaurant will eventually offer breakfast, lunch and dinner. Beer and wine will be available initially, with a full bar to come.