The original Paris restaurant features a signature deep burgundy ceiling, an element that has been recreated at Maxim’s at The Norm. In addition, gold plating on the bar harkens to the classic Maxim’s de Paris logo.

The restaurant originally opened in 1893 and the reincarnation in the museum houses a recreation of the famed exterior on Paris’ Rue Royal, complete with the awning, on one of the walls while the other provides a glimpse of the original art nouveau interior.

Helmed by Saul Bolton and Andy Mejias, the menu is now an ode to French cuisine with Maxim’s menu specifically serving as inspiration. À la carte and prix fixe options are available and include French favorites including gougères, steak frites and marquise de chocolat.

The prix-fixe option is $45 and highlights contemporary versions of dishes from Maxim’s de Paris cookbook, Chez Maxim, including Salade Lyonnaise (above) which is seasonal greens, bacon lardons, croutons and a poached egg.

The culinary team purchases ingredients to coincide with the restaurant hours Wednesday-Sunday by buying from either the Union Square Greenmarket or Brooklyn’s Grand Army Plaza market to keep all ingredients fresh and purchased almost daily in the French tradition.

According to The Norm, they plan on continuing this tradition with each major exhibition at the museum. Great Performance Hospitality Group “will work with museum leadership to devise creative ways for the restaurant to reflect major exhibitions, lending to a multi-sensory experience to them,” according to press materials.

Cocktails are inspired by the life of the man himself and include Le Costumier or The Costume Maker made of champagne St. Germain, gin, lemon juice and hibiscus lime syrup, a reference to Cardin’s love of designing for the theater. The Cylindre which is cognac, absinthe, pomegranate jelly, lime juice and hibiscus lime syrup is named after Cardin’s men’s collection. The menu also includes The Tailor’s White Sangria, which is white grape juice, pomegranate vodka, Triple Sec, simple syrup, honey and pinot grigio. The sangria was inspired by the 1950 hiring of Cardin by Christian Dior as a tailor for the House of Dior. 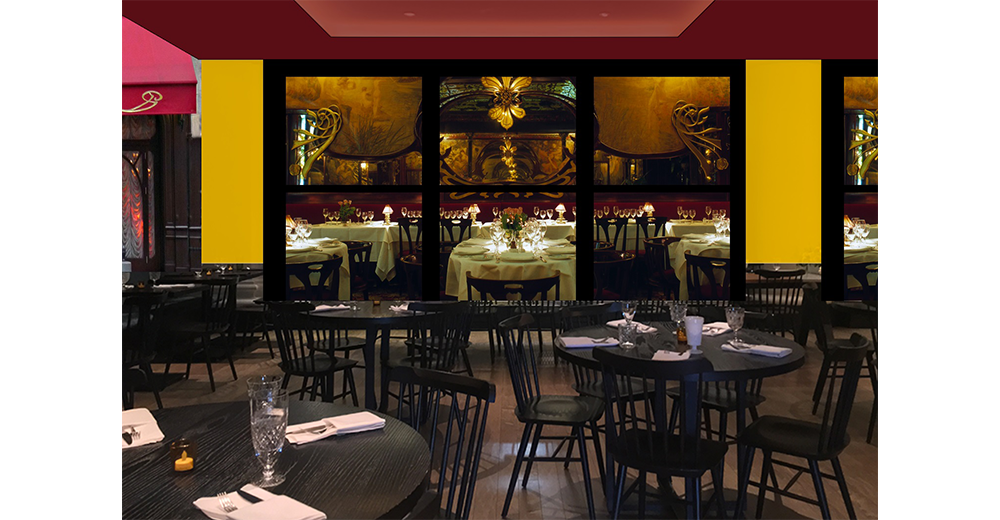