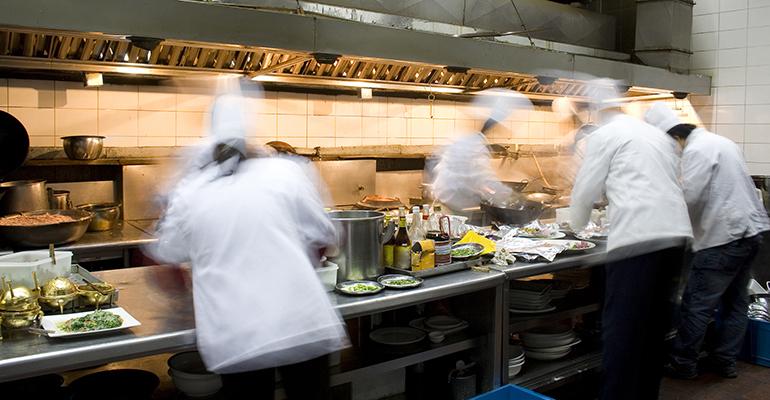 Making kitchens fair one small step at a time

What makes a kitchen a fair place to work? A group of chefs and advocates — with the backing of one of the world’s largest foodservice suppliers — are grappling with this question to bring change to the industry.

Dubbed #FairKitchens, an initiative organized by Unilever Food Solutions and launched in 2018, the goal is to propose small and manageable changes to help solve what many see as a big and pervasive problem.

Kitchens have become an undesirable place to work in part because of conditions that have been widely publicized and have colored the perception of the industry. Widespread verbal abuse, sexual and physical harassment, substance abuse and a lack of support have made the high-pressure environment of the restaurant industry a place of pain and struggle rather than a community. 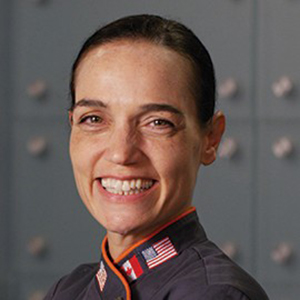 Chef Einav Gefen, executive corporate chef at Unilever, based this initiative on her own experiences in restaurant kitchens, as well as on Unilever’s research. Unilever, for example, found that 74% of chefs feel sleep deprived to the point of exhaustion, one in four have suffered physical abuse, 63% feel depressed and 53% feel pushed to the breaking point.

Related: What’s the future of sexual harassment at restaurants?

And it’s not just about wellbeing. Unilever found that 50 percent of those in the industry have come close to quitting because of the intensity of their jobs, and turnover can be costly. TDn2k data indicates the cost of hiring and training each new employee is conservatively $2,000.

Gefen acknowledges that this culture has been around for decades and it won’t disappear overnight.

The #FairKitchens movement has been designed around the idea that small changes can truly make a big difference.  And Gefen has built a following.

More than 1,300 chefs and over 500 restaurants, have joined #FairKitchens, like Naama Tamir, owner of Lighthouse and Lighthouse Outpost in Brooklyn. She’s looking to shake up the traditional staging model.

“That whole old-school apprenticeship where you’re just a slave in the kitchen doesn’t work for me,” she said. “I don’t want to eat that food and I don’t want my cooks to cook that way.” 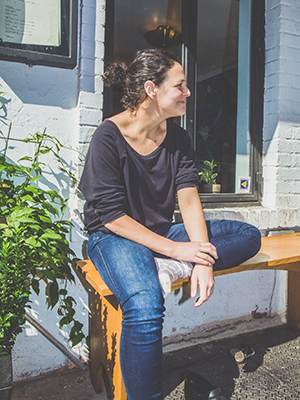 Tamir said her chefs and employees are compensated “as much as [Lighthouse] can afford rather than the minimum.” And the kitchen culture has been “zero-tolerance” since her first restaurant opened its doors in 2009, meaning that any harassment or abusive behavior will result in termination.

Another early recruit to the #FairKitchens table was Kat Kinsman, the senior editor at Food & Wine magazine, author and mental health advocate, and founder of Chefs with Issues, a place for people in the industry to share their stories and give a community to those who were struggling. In conjunction with #FairKitchens, she hosted the public forum HEARD, where chefs shared their experiences with difficult kitchen environments.

Another partner of sorts is the National Restaurant Association, through their ServSuccess program aimed at training and keeping restaurant workers.

At the NRA Show in May, Charles Ford, general manager of Chicago restaurant S.K.Y., spoke on a panel about mental-health awareness in the restaurant industry. He’s as suicide survivor who has dedicated his life to educating those around him about the dangers of mental illness in the culinary world.

At S.K.Y., no employee can begin their shift or finish their shift until they’ve said hello or goodbye to every member of the staff. This, according to Ford, prevents any petty squabbles from lasting longer than they should because employees are going to be nicer to someone they have to greet and look in the eye every single day and “diffuses tension”.

Also on the NRA show panel was Chicago restaurateur Paul Fehribach, owner of Big Jones and a #FairKitchens member, who spoke about his involvement with the movement through his use of written rules in his kitchen.

Big Jones, for example, requires their employees to sit down with their supervisor where the policy is read aloud and signed before employment begins. This includes zero tolerance for sexual harassment, discrimination, drugs and alcohol. The potential penalty: termination.

"These are fundamental to a safe and cultivating work environment,” said Fehribach.

It’s these sort of simple acts that make a difference, contends Gefen.

The movement has developed an acronym: TEAMS, which is spelled out in a downloadable poster:

The initiative also offers a downloadable mental-health guide with tips on identifying common issues that can come up in kitchens, as well as links to receive more help.

Gefen hopes the backing of a force like Unilever will help the movement’s goal of inspiring kinder and fairer kitchens across the industry to become the norm.

“A lot of chefs and a lot of entities are doing great things out there,” Gefen said. “But nobody has the bandwidth to really leverage and make it big.”

Workforce data was incorrectly attributed to the National Restaurant Association instead of TDn2k.
TAGS: Owners Back of the House Chefs
0 comments
Hide comments
Recommended Reading