Buena Papa Fry Bar currently has three locations, with two in the works for 2023 — including the concept’s first out of state location, in Florida — with more planned through Buena Papa’s new franchise program, which will be officially announced in the New Year. The company’s husband and wife team, James and Johanna Windon, expect to announce their first franchisee by the end of 2022.

The average check is $19 per person and the average size of each restaurant is 800-1,200 square feet.

“D'Lite Healthy On The Go is known for its guest-first approach and hip atmosphere where restaurant operators pay special focus to handcrafting signature menu items, such as the d’Breakfast Buzz protein shake, which keeps guests coming back on the daily,” a representative for the brand said.

Although the six-unit concept began franchising in 2015, the company announced a new franchise development strategy in Aug. 2022 and hopes to open restaurant each quarter over the next five years, with particular emphasis on expanding across Western states and growing outside of Arizona to areas like Washington, Nevada, Colorado, and Oregon.

Earth Burger is one of many buzzy plant-based burger concepts gaining traction in the market today. Based in Texas, the three-unit vegan burger chain announced franchising in Nov. 22, and they hope to have 10 franchising agreements signed by the end of 2023.

In an increasingly crowded plant-based burger space, Earth Burger distinguishes itself as one of the first plant-based drive-thrus in the country, and by offering more indulgent fare, starting with their massive, half-pound burgers, when usually vegetarian fare is associated with healthy eats.

The average check is $16 and average full restaurant size is 1,600 square feet, while kiosks and food court locations are much smaller at between 150-230 square feet.

Fat Boy’s Pizza — as its name implies — is a Louisianan pizza chain specializing in giant pizzas. The large pies measure 30 inches across or double the typical large pizza pie. As Fat Boy’s says, “if the slice was any larger, you could run it up a flagpole and pledge allegiance to it.”

Currently, the brand has seven locations, with its first out-of-state restaurant opening in Texas in January. Franchising was first announced in October, and the company is looking into partnerships in Mobile, Ala. And Tampa, Fla. Fat Boy’s Pizza hopes to expand throughout the Southeast region over the next five years, particularly in Houston, and create a supply chain center in that concentrated area.

Average check is $24 and current footprint size is 3,500-4,000-square feet, though Fat Boy’s is experimenting with smaller store prototypes with drive-thrus.

Odd Burger is another plant-based burger chain, though this one is based out of Canada and stands out from the crowd by offering CPG products and automated check-out through kiosks.

Currently, the quick-service chain has nine locations throughout Canada, with 10 more under development. In December, Odd Burger signed a letter of intent with franchise developer AG to develop 50 locations in the U.S. and throughout Europe. Odd Burger is working toward its first U.S. franchise agreement, likely in Florida, with additional plans of expansion throughout Canada.

Quesadilla Gorilla is one of the few quesadilla chains in the country, offering a simple menu of a few varieties of quesadillas chips and salsa, and even dessert varieties. With four locations, the California-based, fast-casual brand announced plans franchising in October, though no agreements have yet been signed.

Owners Miguel and Mikayla Reyes want to sell 127 franchises over the next five years and bump up their corporate store count to eight. Currently, they’re focusing on expanding to Idaho, Arizona, and Colorado, with plans to move to more regions of the country over time.

The average check is $24 and average restaurant size is 1,600-square-feet.

Sip Fresh is a Californian juice bar with a menu of colorful drinks, from tropical juices to fruity teas. The Pasadena-based, four-unit brand announced franchising this year, and already has two franchisee agreements under its belt: a six-unit deal signed for Southern California, as well as an additional store opening in Los Angeles.

“Sip Fresh's CEO Sharon Arthofer was a multi-unit franchisee for decades, so the team's focus is to incorporate the key elements needed to run a successful business from the franchisee’s point-of-view,” a representative from Sip Fresh said.  “We have designed a business model that provides strong consumer traffic balanced with a manageable labor model and a highly streamlined operation to maximize profitability.”

Moving forward, Sip Fresh wants to expand throughout California and into Arizona, with a focus on Western and Southwestern markets.

The average check is $10 and average location size is 800-square-feet.

Founded by Fathi Abboushi, Skip’s currently has four locations and announced plans to expand through franchising in October. The first franchised restaurant opened Dec. 17 in Elk Grove, Calif. with other prospects in the pipeline in the Illinois, Florida, Ohio, Arizona and California markets. The company wants to expand eventually to all major metropolitan areas. 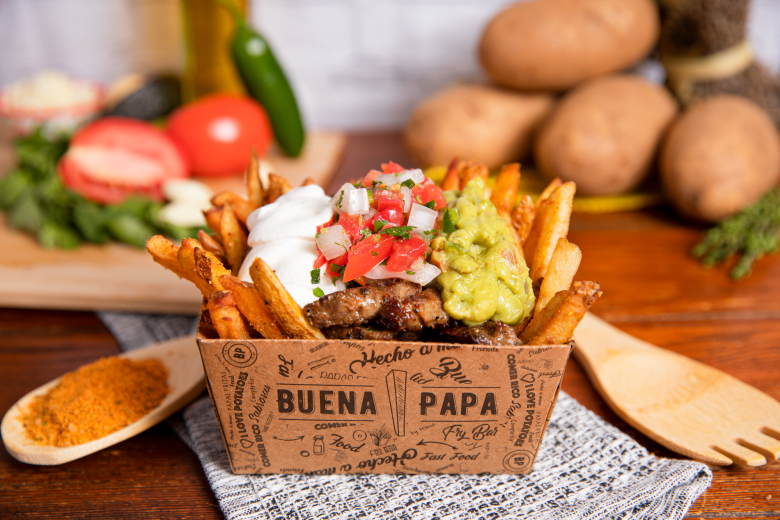