It’s not yet known if the financial relief that has been proposed for independent restaurants and bars will make it through Congress, but Dan Jacobs said he’s encouraged that things are moving in the right direction.

The co-owner of JVR Hospitality Group in Milwaukee, which operates DanDan and a handful of other restaurants that have been closed during the pandemic, as well as catering and consulting businesses that are also closed, participated in a meeting with White House representatives last week to discuss a proposed $25 billion federal grant program, which is part of President Biden’s $1.9 trillion American Rescue Plan. Passed by the House on Saturday, the bill now goes to the Senate.

“They [at the White House] realize that independent restaurants have been disproportionately impacted by the pandemic, and we need industry-specific help, and we need it now,” Jacobs said. “They are making us a priority, and just hearing that on the call made me and the people that I work with very excited.”

The meeting was organized by the Independent Restaurant Coalition, which was formed last year specifically to advocate for financial relief for independent restaurants and bars. Jacobs and about 300 other independent operators participated in a phone call with the White House Office of Public Engagement to discuss the Biden Administration’s plans for providing that relief.

The call was led by Erika Polmar, executive director of the IRC, along with Cedric Richmond, a senior advisor to President Biden and director of the White House Office of Public Engagement, and Bharat Ramamurti, the deputy director of the National Economic Council.

The House Budget Committee voted this week to include the $25 billion grant program — modeled after the Restaurants Act — in the upcoming budget bill and COVID stimulus package. The program would award grants to restaurants and bars for eligible expenses, including payroll, employee benefits, paid sick leave, mortgage, rent, utilities, building maintenance and construction of outdoor facilities, personal protective equipment, sanitizing materials, food, and debt obligations to suppliers. Money not spent on eligible expenses would be returned to the government. 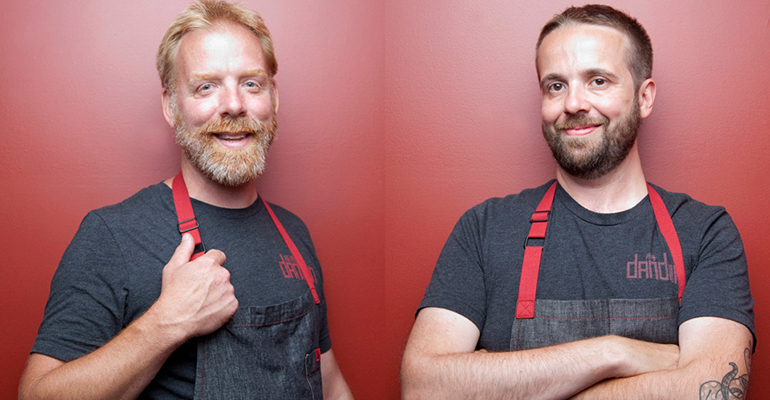 Jacobs said White House officials during the meeting detailed how the funds could replace the revenues lost by independent restaurant and bar owners.

Jacobs said his company and others like his would use any relief money that came in the form of federal grants as “a bridge to better days.”

JVR Hospitality Group had about $5 million in revenues in 2019 and employed more than 90 people, but Jacobs estimates that revenues came in at less than $2 million in 2020, and the company currently has only 16 people on staff. DanDan is currently only open for in-house dining on Friday and Saturday evenings, and its other restaurants, EsterEv, Fauntleroy and Batches Bakery, are closed.

“That shows just how much the restaurant industry is hurting right now, and my story is not unique,” Jacobs said. “Almost every other restaurateur I know has had a very similar story.”

Read more about the meeting here.