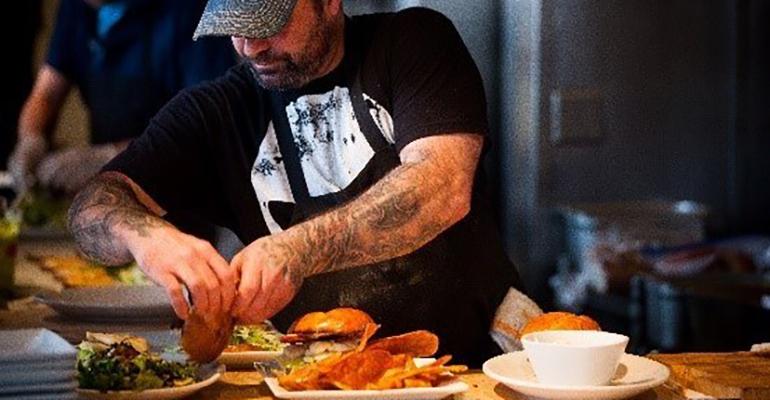 Getting relief funds to restaurant workers in need proves challenging

Some industry fundraising efforts are faster than others, but the demand for aid is great

When Ricky Yarnall learned he would lose his jobs as a bartender at the two sister concepts Bestia and Bavel in Los Angeles due the mandated closure of restaurant dining rooms, he also lost his ability to provide for himself and his 7-year-old son.

“Being a single father with a career in the restaurant industry, my ability to provide for us was cut down to zero,” said Yarnall.

The 37-year-old single father found temporary relief by applying for and receiving a $350 grant from Restaurants Care, an emergency relief program of the California Restaurant Association Foundation.

“This grant will immediately help put food on the table for my son and me,” said Yarnall. “We've been stretching everything out that we have in house, so this will help keep us afloat for at least a few weeks.”

Related: Where restaurant workers can get financial help during the coronavirus crisis 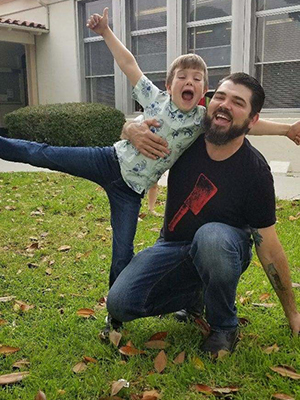 With restaurant job losses expected to be in the millions in April, all manner of hospitality organizations have leapt into action to help those who serve the rest of us. Many employers have created funds to support their own laid off workers, but there are also many organizations offering support to hospitality workers on a broader basis.

But getting money into the hands of workers who need it most has been challenging.

The National Restaurant Association Education Foundation in partnership with celebrity chef Guy Fieri raised $10 million to aid out-of-work restaurant employees via its Relief America campaign, for example. But the fund’s website was so overwhelmed on the April 2 launch date  — with more than 60,000 seeking the $500 grants — they stopped accepting applications.

Similarly, James Beard Foundation’s JBF Food and Beverage Industry Relief Fund was closed for submissions within hours of opening, though it later reopened.

While many relief efforts are struggling to keep up with the demand, some funds have been successful at quickly raising and dispersing money to those in need.

Since Restaurants Care has long supported and empowered hospitality workers amid hardship and natural disasters, Harshfield said they were was able to mobilize quickly. The program is already on its third round of funding, and earlier this week alone signed and sent out the door 100 grants averaging $500 per individual.

An established emergency fund for California restaurant workers since 2017, Restaurants Care has raised COVID-19 relief funds from a variety of sources, including partners such as SoCalGas, Los Angeles-based Mendocino Farms, and, most recently, San Diego-based Skrewball Peanut Butter Whiskey, which donated $100,000.

“We’re going to need [additional] funding to meet the needs of the number of applications,” she said.

“The early partnership with Dogfish Head and some large individual donors gave us momentum to get things up and running,” said Karen Stauffer, director of communications for the Delaware Restaurant Association.

“We're lucky in a way that we're a small state and our staff is small but mighty — we are nimble and can get things done quickly without a lot of roadblocks or red tape holding us back.”

To date EATs has raised $112,000, primarily because of the $50,000 initial donation from Dogfish Head’s private foundation and a donation of $10,000 of profits from sales of the company’s new scratch-made hand sanitizer. This week EATs completed its first round of disbursements totaling more than $88,000 to 175 individuals in need.

“It wasn’t a big jump for us to do something,” said Mariah Calagione, co-founder of Dogfish Head Craft Brewery. “[We donated] to hopefully challenge other entities to donate.”

Indeed, other entities will be needed in order for EATs to reach its goal of raising $1 million and helping 2,000 industry workers with $500 financial relief grants. 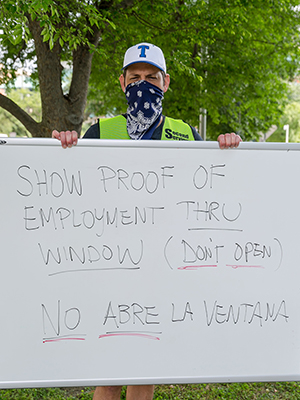 According to Kim Hassarud, vice president of the USBG board of directors, there are approximately 700,000 bartenders nationwide; USBG has already received relief applications from 200,000 of them.

“We’re trying to fast-track those whose need is most dire,” said Hassarud.

The foundation also ramped up its volunteer corps to assist with application review and processing, as it continues to raise funds. It also charged its newly created COVID-19 donor task force to approach companies that work indirectly with restaurants, such American Express.

Two Arizona restaurant groups that are normally competitors have teamed up for COVID-19 relief.

In late-March, Upward Projects and Fox Restaurant Concepts launched #TakeOutforTeams, with a goal of raising $500,000 for out-of-work restaurant employees.

“The sense of collaboration of restaurant groups is unbelievable,” said Upward Projects CEO Lauren Bailey.  “It’s neat to be able to come together on this.”

Effective March 20, customers ordering take out or carry-out at the companies’ combined 40 restaurant locations in Arizona, Texas and Colorado, have the ability to make a donation that benefits #TakeOutForTeams.  The funds are collected by individual restaurants and deposited to the #TakeOutForTeams GoFundMe page, where about $88,000 has been collected so far. The details of how those funds will be distributed to eligible workers are still being determined.

In the meantime, Upward Projects was able to give its staff a week’s pay to bridge the gap until employees can receive #TakeOutforTeams grants or unemployment benefits.

Among the workers waiting to receive those funds is Moises Villafuerte, a server laid off from Upward Project’s Postino in Houston, Texas.

Villafuerte, 30, is living with his mother, a warehouse employee. With no income, he relies on his mother’s job and tries to make up for it by cooking and cleaning and staying safe at home.

“I’m not worrying about paying my bills,” he said. “It does affect the mental side. Not having income messes up someone’s mind, the uncertainty.”

Yet, Villafuerte feels hopeful knowing that his employer has created #TakeOutforTeams.

“It does give us a little piece of mind that somebody has our back,” he said. “Somebody is watching out for us.