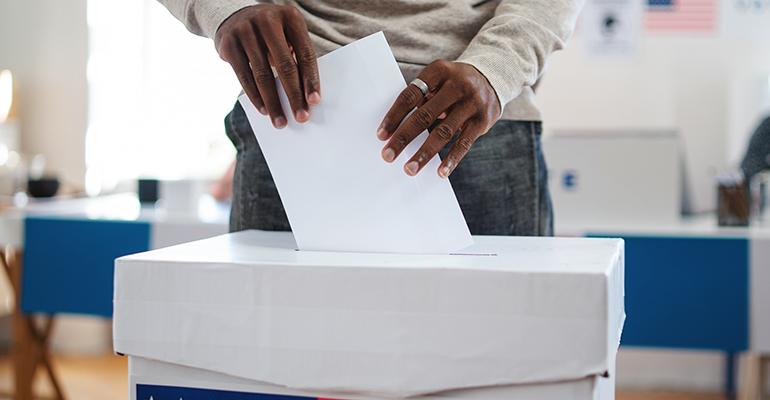 The presidential election was not decided on Election Day, but various propositions and amendments across the country ranging from labor to the gig economy passed on Tuesday, and many of them directly impact the restaurant industry.

In a big win for labor advocates, Florida passed a $15 minimum wage in the 2020 election with a state supermajority before the end of Election Night. Amendment 2 guarantees a statewide minimum wage of $15 by Sept. 30, 2026.

This measure will impact over 2.5 million workers in Florida, Fight for $15 Florida claims.

Essential workers have spoken in Florida by passing Amendment 2. We’ve been organizing and building power and now our voice is being heard. We’re just getting started. #Flfor15 #Fightfor15 pic.twitter.com/jVOg3iOzvs

Allegedly low wages at McDonald's initially sparked the Fight for $15 movement; McDonald's has not responded to requests for comment. In the lead up to the election, fast food workers across Florida walked out on the job and protested the wages.

The city of Portland, Maine, also passed a referendum mandating a $15 minimum wage.

Congratulations to the voters of Portland, ME for passing referenda for a $15 minimum wage. #FightFor15 pic.twitter.com/9yq2xcUyJE

Proposition 22 in California – the initiative that the biggest third-party delivery and driver apps spent over $200 million fighting for – passed on Nov. 3. As of 12 p.m. EST Wednesday, the proposition had 58.4% of the vote, with 72% of votes reported, according to the Associated Press.

Uber, Lyft, Grubhub, DoorDash and more spent millions on advertising and lobbying for this proposition so they could officially declare their drivers contract workers and not employees, as the 2019 California Assembly Bill 5, which went into effect Jan. 1, 2020, mandated.

This is a win for these companies after they were handed a losing decision on Oct. 23. A judge sided with the state of California, which sued Lyft and Uber for being in violation of state law after a months-long fight. The judge declared these apps must re-classify their drivers as employees and not contractors, but the passing of Prop. 22 ultimately takes precedence over that decision.

Drivers will be guaranteed a minimum wage if they log 15 hours, and medical and disability coverage for injuries and illnesses on the job.

The minimum-wage earnings guarantee is based on “engaged time,” when a driver is fulfilling a ride or delivery request, but does not include the time they spend waiting for a gig.

Ballotpedia cites this as the most expensive proposition in California’s history, with over $220 million spent between both sides.

“Passing Prop. 22 is a big win for Dashers, merchants, customers, and communities,” said DoorDash CEO and founder Tony Xu in a statement sent to Nation’s Restaurant News. “Californians sided with drivers, recognizing the importance of flexible work and the critical need to extend new benefits and protections to drivers like Dashers. Now, we’re looking ahead and across the country, ready to champion new benefits structures that are portable, proportional, and flexible. It’s what workers want and provides the protections and benefits they deserve. We look forward to partnering with workers, policymakers, community groups, and more to make this a reality.”

“California voters have affirmed that our delivery partners across the state can continue to earn money and maintain the flexibility they value,” Grubhub and Uber said in a statement posted to Yes on 22, which is the official statement both companies confirmed to Nation’s Restaurant News. “We’re committed to making earnings opportunities available that fit around our delivery partners’ lives and to providing an essential supply chain of meals to communities during these challenging times.”

The Yes on 22 campaign posted this late Tuesday night:

“California has spoken and millions of voters joined their voices with the hundreds of thousands of drivers who want independence plus benefits. With nearly 10 million votes counted, Prop. 22 is passing with 57% of the vote. With the passage of Prop. 22, app-based rideshare and delivery drivers across the state will be able to maintain their independence, plus have access to historic new benefits, like a minimum earnings guarantee and health care.”

Vocal opponents of Prop. 22 include the group Gig Workers Rising.

We know Californians stand with us: A full 40% of those who cast their ballot for Prop. 22 did so believing they were giving drivers a living wage, misinfo peddled by gig cos. Drivers are still owed protections, wages, paid time off, & we’re going to make sure the cos provide it.

The passing of Prop. 22 also means that gig workers at these companies cannot unionize.

Outside of these labor issues, other ballot measures Nation’s Restaurant News was clocking passed on Tuesday:

Proposition 118 in Colorado passed, making 12 weeks of paid family and medical leave funded through a payroll tax paid by employers and employees in a 50/50 split mandatory. An additional four weeks of leave would be allowed for pregnancy or childbirth complications.

Twelve states and the District of Columbia now have legalized recreational marijuana.