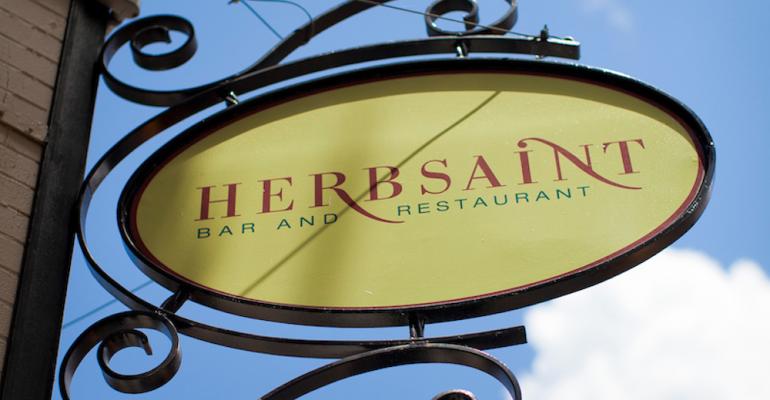 Before the pandemic struck, Link’s six restaurants — Herbsaint, Cochon, Cochon Butcher, Pêche, La Boulangerie and Gianna — and the private dining space, Calcasieu, were having their best year to date in their 20 years of operation.
Operations

Donald Link is gradually opening his New Orleans restaurants this week as the city attempts to emerge from the economic shutdown put in place to stem the tide of the coronavirus pandemic, but he expects it to be slow-going.

“We’re not going to be doing a ton of business,” said Link, who operates six restaurants and a private event space with business partners Bill Hammack and Stephen Stryjewski. Their flagship, the culinary landmark Herbsaint, is opening for business on Friday, serving lunch and dinner Tuesday through Saturday.

Part of the slowdown has to do with the fact that Louisiana regulations only allow his dining room to hold 25% of its normal capacity.

Related: Stratis Morfogen of Brooklyn Chop House restaurant delivers to hospitals while planning for the future

On top of that, “everyone needs to be six feet apart, so our tables need to be 10 feet apart. It’s very limited seating,” he said.

Dinner is available by reservation only, to prevent people from lining up for tables, and Link is allowing for longer turn times so that tables and chairs can be thoroughly cleaned between seatings.

Other cleanliness protocols are in place, including sanitizer stations and pump-spray bottles at wait stations, the host stand and on each table. 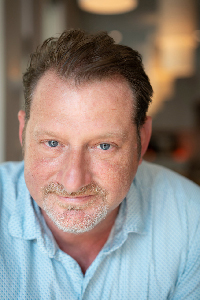 “Whenever [customers] feel like they need it, it’ll be there,” Link said.

On top of that, only one person will touch anyone’s silverware (after washing their hands and putting on fresh gloves, of course). Instead of silverware being changed between courses, as is usually the case in fine-dining restaurants, two forks, a knife and a spoon will be rolled into each guest’s dinner napkin and placed at the table at the beginning of service.

Wine will be kept at a side table and poured for guests by a server.

A porter will be on the dining room floor sanitizing door handles, point-of-sale screens and anything else someone might touch. Leather check presenters have been replaced by a glass, where the check will be placed, and then sent to the dish room for cleaning.

All of the staff will be wearing masks.

“It’ll be different for a while,” Link said. “It won’t be that busy, crowded restaurant. It’ll be a little more subdued, but other than that, the food’s going to be great, you’ll be able to drink nice bottles of wine and visit with your friends in a more open-spaced dining room.”

It will also be a dining room without tourists, which normally make up the bulk of Link’s business, but there aren’t many of them in New Orleans or anyplace else these days.

Nonetheless, Link said it’s important for restaurants to open if they can do so safely, and he said the reservation book is starting to fill up.

As with the aftermath of Hurricane Katrina, which devastated New Orleans in 2005, “the fact that a restaurant is open is always kind of an indicator for people, I think, that life can move back to some sort of normalcy,” he said.

Before the pandemic struck, Link’s six restaurants — Herbsaint, Cochon, Cochon Butcher, Pêche, La Boulangerie and Gianna — and the private dining space, Calcasieu, were having their best year to date in their 20 years of operation.

Then in mid-March all of the dining rooms had to close, although La Boulangerie and Cochon Butcher stayed open for takeout, and most of their 460 employees were laid off. Link and his partners kept around 100 employees on their payroll, and then through attrition and some more layoffs now have 67.

“It was really gut-wrenching to layoff 360 people in a day,” Link said. 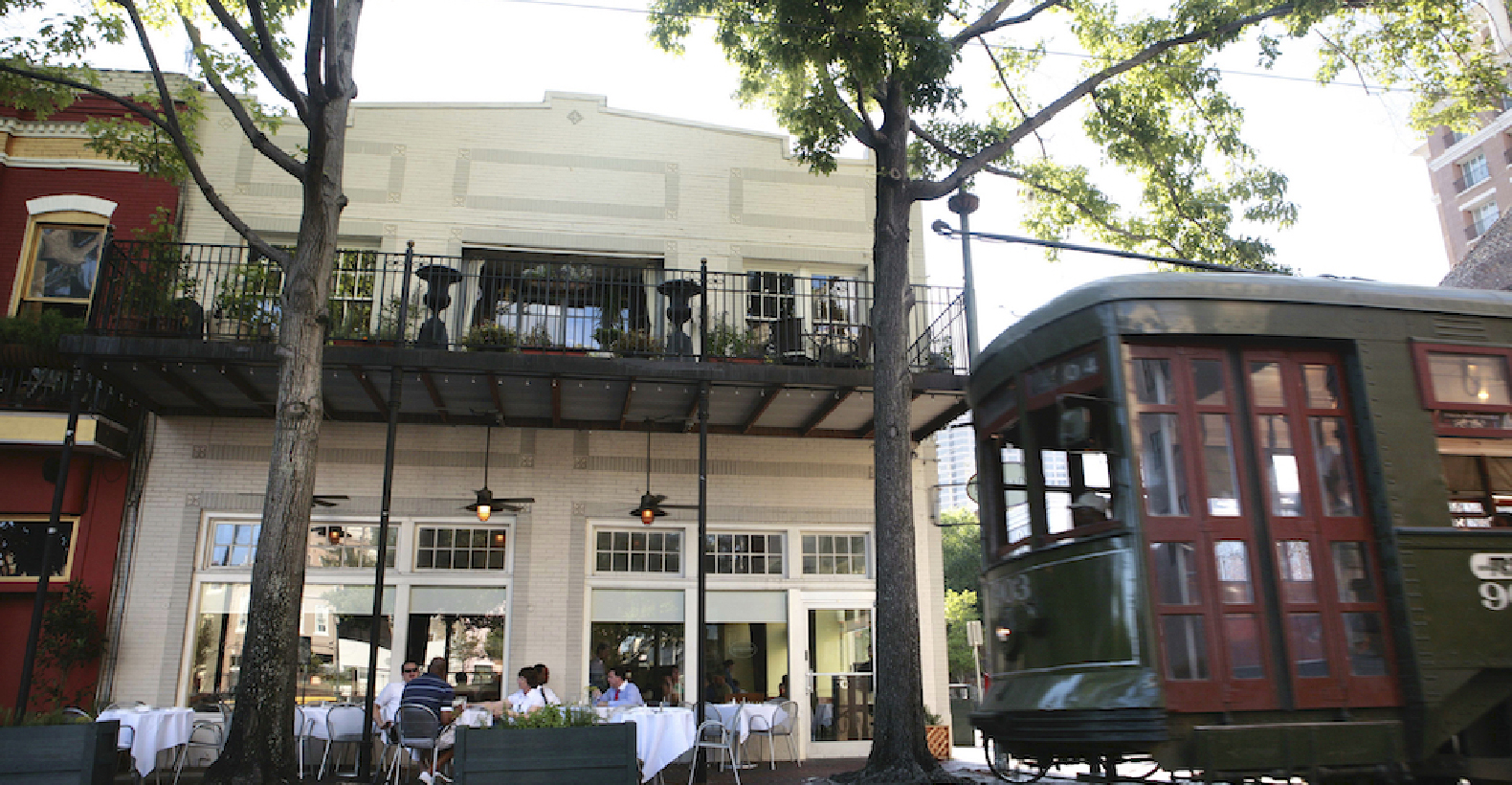 “Part of the reason why we retained that many people was to be ready for reopening, but also, these were core people that we really wanted to take care of.”.

He acknowledges that some operators had no choice but to lay everyone off, but he had learned from Katrina the importance of maintaining cash reserves, and he has used those reserves to preserve as many jobs as he could while also preserving the restaurants.

And the next few months are still going to be tough.

“We’re definitely not making money opening, at all. We’re probably going to lose more, to be honest,” Link said. In fact, he projects that they’ll continue to lose money for at least the next six months.

“There’s only one plan we could come up with, and that was to lose money,” he said.

“[But] it’s better for our psyche if we’re actually in the restaurant, working, than letting it sit closed. It’s also good for the community as well.”

Link’s not downplaying the risks of the virus, however.

“I’m not a denier or anything like that, of the crisis or how bad this is,” he said. “But we’ve had a long steady decline of new cases. Things are looking a little bit better. And obviously we need to be cautious and take every precaution that we can.”

“There’s no good options here,” he added. “I mean, if I don’t open I have to lay everybody off and nobody gets a job and the economy does not get started back up. If we feel like at any point that it becomes unsafe again, then we’ll have to cross that bridge when we come to it.”

For hotel events, what COVID safety practices will stick?
Jul 27, 2021