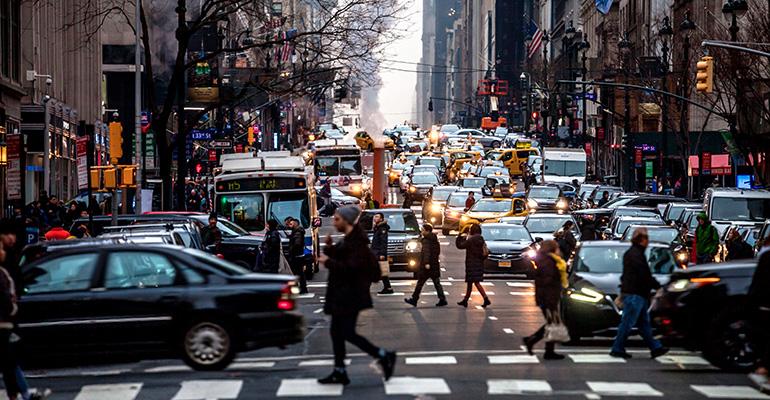 Thanks to city planning from years ago, New York City streets are typically smaller and less trafficked by cars and pedestrians than avenues. Operators usually want more foot traffic in front of their restaurants, but new data suggests that these heavily trafficked locations tend to receive poor reviews, according to a story first reported in the Washington Post.

The data was interpreted by New Yorker and engineer, Alex Bell. He used a statistical sampling of Yelp data to determine that the average restaurant on Manhattan streets scores higher than those on avenues—an average rating of 3.62 on streets vs 3.49 on avenues.

Bell was inspired by an episode of Conversations With Tyler, a podcast with economist Tyler Cowen. In it, Cownen asked urban planner Alain Bertaud “In Manhattan, will you find better food on the streets or the avenues?”

Bertaud responded “I think you have more specialty restaurants in the streets. In the avenues, you have more people who are just transient, just pass by and are looking for faster food. I think so.”

According to Bell, his data confirms what Bertaud surmised

Another interpretation might be that restaurants on busy avenues must offer quick, less-personal service, while restaurants on streets can take their time with customers, which might lead to better Yelp scores.

“The study is a smart demonstration of the power of Yelp data to reveal real-world phenomena, including ones we might have guessed at but couldn't otherwise confirm as well as ones that never would have occurred to us,” wrote Carl Bialik, Yelp's data science editor in an email. “The study also highlights one benefit of public, crowdsourced ratings: leveling the playing field for local businesses. Yelp helps people connect with great local businesses, including ones that aren't in the busiest places.”