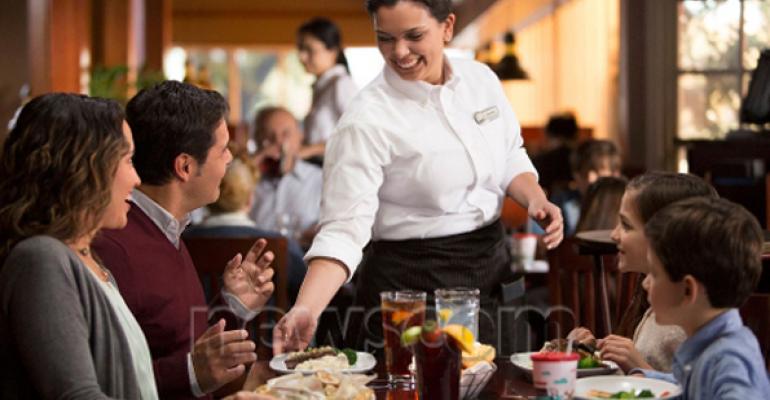 Operators who routinely assign servers sections of five, six or seven tables may not understand what all the fuss is about at Red Lobster. But restaurant industry observers and Wall Street investors alike took notice when parent company Darden suddenly reversed a year-old policy mandating that Red Lobster servers handle four tables apiece, rather than three.

What caused Red Lobster to pull the plug? “Far more folks told us that in some instances, it really turned out to be a barrier to that great guest experience,” a Darden spokesperson told the Orlando Sentinel. Translation: The savings in labor costs weren’t worth the decline in customer satisfaction.

To outsiders, it doesn’t seem that giving Red Lobster servers an extra table apiece would create an undue burden. At many, many restaurants, three tables are the number a server-in-training would be given to handle during their second or third day on the job. Four-table sections are the norm for those still relatively new to the trade. Accomplished pros routinely handle five or more tables with aplomb, and tend to complain heavily if given a smaller section because they’ll make less money.

So it seemed to be a smart move when Darden rolled out a plan last year that got rid of busboys, bumped server sections sizes from three to four, and created a new position dubbed “service assistant” whose duties included fulfilling patron requests, delivering food and cleaning tables. The payroll would drop, servers would haul in more tips and customer service would remain the same.

It looked like a win-win on paper. And the new service format produced the desired results during extensive internal testing. But less than a year into full system-wide rollout, Darden reversed course. It’s back to three tables per server now at Red Lobster.

What’s significant here is that Darden has extensive expertise in providing top-notch service and its training teams know how to fine-tune dining room operations in a hurry. If Darden couldn’t pull off this staff downsizing move, other operators might want to think twice before classifying employees as a cost that has to be minimized.

Or, as Boston University School of Hospitality Administration’s Chris Muller told the Sentinel last year when news of the Red Lobster policy surfaced, “No customer ever went to a restaurant saying, 'I love it here. They have the lowest labor cost in town.' Amen.