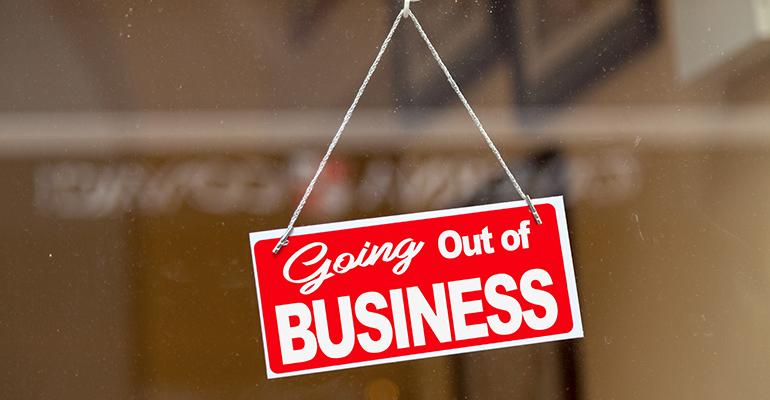 Getty Images
Curry House closes all nine locations, a year after being sold by original management and bought by Food Management Partners.
Operations

Employees learned of closure when arriving for work Monday

What started in 1983 in Los Angeles’ Little Tokyo ended this week with the closure of all nine locations of Curry House Japanese Curry and Spaghetti, a chain that once had more than 30 units across California.

Employees reportedly learned about the closure when they attempted to begin their shifts on Monday. The company website was down this week, and all Facebook accounts label the restaurants as “Permanently Closed.”

“We were open the night before and yet moving people came at 6 a.m. They knew before any of us did that we were out of a job,” former Torrance employee Theadore Balaschak told Newsweek.

Curry House was known for serving traditional Japanese curries, spaghetti and home-style food across Southern California. News reports and employee statements indicated Curry House was owned by San Antonio, Texas-based Food Management Partners after being sold by House Foods in 2018. However, a statement on Wednesday clarified that CH Acquisitions purchased Curry House and made the decision to close the units this week.

"Due to misrepresentation of the legal status of many employees during the purchase process, we were forced to close all locations shortly after purchasing of the business for a prolonged period of time,” said Drake Yoshida, Director of CH Acquisitions LLC, in a statement. “This extended closure caused Curry House to lose several weeks of sales, retrain a largely new staff, and created confusion amongst guests as to the operating status of the restaurants. All of these factors negatively impacted sales even after reopening."

Food Management Partners, however, told The Los Angeles Times that it was not an investor, but provided some back-office functions for Curry House. The report indicated that the Food Management Partners website includes Curry House among the brands it manages, along with Furr’s Fresh Buffet, Hometown Buffet, Hops, Old Country Buffet, Ryan’s, Sushi Zushi, Tahoe Joe’s and Zio’s Italian Kitchen.

In 2015, Food Management Partners shuttered an undisclosed number of Coco’s Bakery and Carrows restaurants in California.

Food Management Partners did not respond to Restaurant Hospitality’s request for comment.

Fans of the Curry House brand took to social media Tuesday to express their shock after learning of the closures via social media. 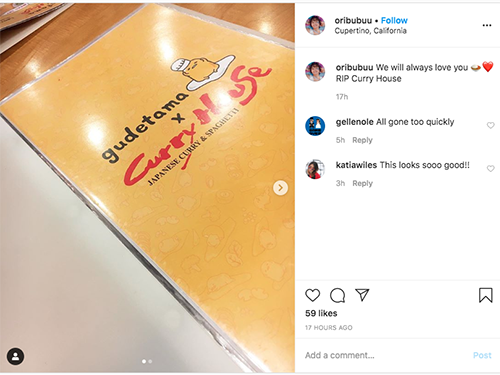 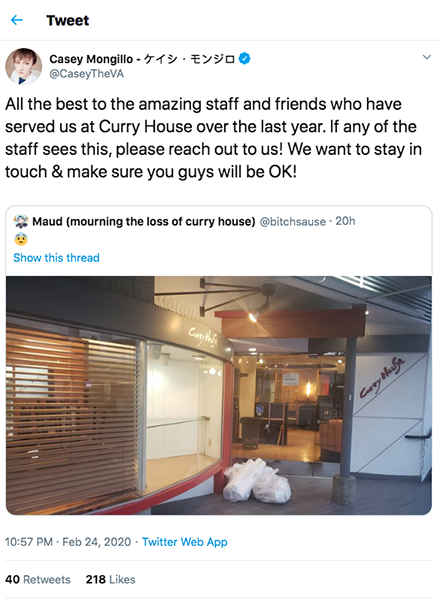 In a thread, posts from apparent employees varied from gratitude for support to distress.

“Seeing everybody’s posts about eating at Curry House are really lifting spirits and making me happy our work had such an effect on people,” said one. Another apparent worker said, “The workers at Curry House put our all into our work, it was the investment firm that shut us down with no warning.” 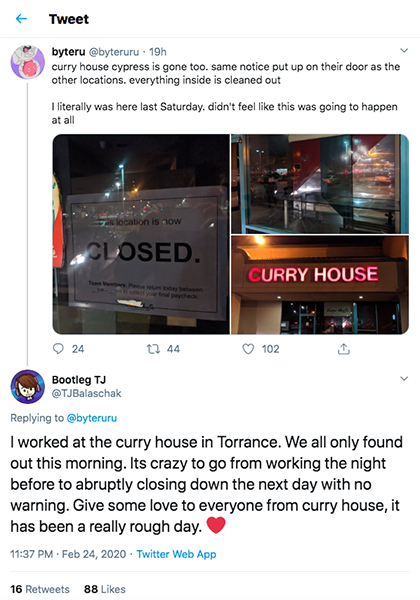