In 2007, chef Deborah Schneider was supervising 700 cooks at a San Diego race track when she met her soon-to-be business partners Rich Howland and Matt Baumayr. The two RA Sushi restaurateurs had read Schneider’s cookbook, “Baja! Cooking on the Edge.” Together, they agreed to open a Baja-inspired taco bar.

The dream of building a neighborhood taco bar had to be put on hold when Schneider and her business partners found prime waterfront space in Newport Beach, Calif. The food would still be Baja-inspired, but the presentation and ingredients had to be elevated to match the fine dining setting. Sol Cocina opened in the July 2009. Early investors included Mike and Jeff Mastro, whose family launched the Mastro’s Steakhouse restaurants.

Schneider, known in Southern California for her superb take on Baja California cuisine, developed a high-end menu of dishes at Sol Cocina. No combo plates here.

In 2014, Schneider and her business partners finally built the taco bar concept they had initially intended to create seven years prior. Solita Tacos & Margaritas would be a more approachable restaurant, in terms of price and menu variety. The 150-seat restaurant is located at a renovated mall in Huntington Beach, Calif.

The solita menu features premium street tacos filled with meats and fish cooked on an oak-fired Santa Maria grill. Taco plates with three tacos and two sides range in price from $13.50 to $14.50. The menu also features elevated traditional Mexican plates such as fajitas, shown, and enchiladas.

The Solita menu features 20 scratch made salsas including two fiery hot red and green hot sauces served with complimentary chips. Margaritas, made with 100% blue agave tequila, are served in pint glasses and rimmed with either salt or sugar. 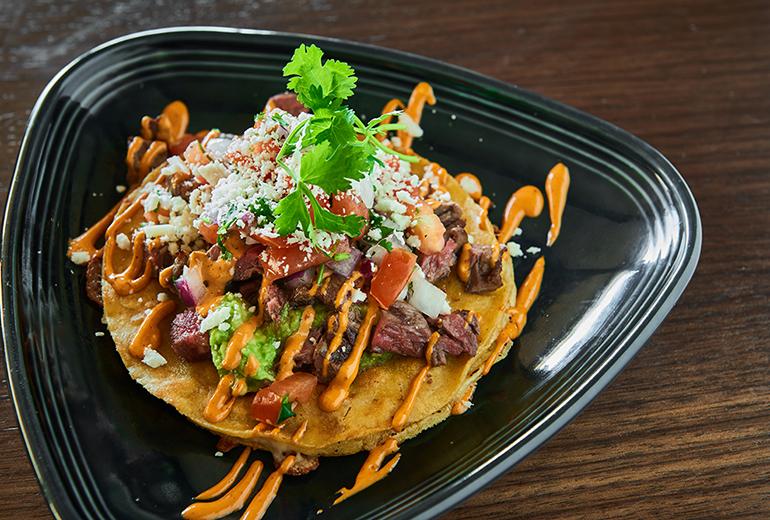