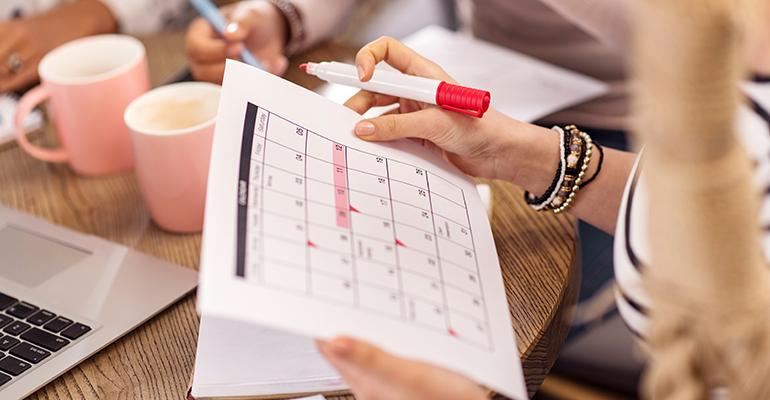 The Chicago City Council on Wednesday approved one of the nation’s most expansive predictive scheduling requirements designed to protect lower-income workers from last-minute changes to shifts.

Dubbed the Fair Workweek Ordinance, the legislation is set to go into effect on July 1, 2020, at that point requiring certain employers to give lower-income workers 10 days advance notice of their schedules. Beginning July 1, 2022, the notice period increases to 14 days.

Employers who violate the scheduling mandate face fines of between $300 to $500 per offense — and up to $1,000 if the employer is deemed to have discriminated or retaliated against a worker exercising rights under the ordinance.

Scheduling laws are increasingly popping up in various jurisdictions across the country, including New York, certain cities in California, Seattle and Oregon.

Chicago Mayor Lori Lightfoot championed the bill, saying it would provide relief for thousands of workers and “create conditions for inclusive growth for employers and businesses,” paving the way for greater financial stability for working families.

“The new Fair Workweek Ordinance stands as a bold step in providing the reliability our working families both need and deserve,” she said in a statement.

“I understand firsthand the burden lack of scheduling stability places on a family. After collaborating with labor, businesses, industry groups and other organizations across healthcare, hospitality, manufacturing and retailing industries, we have arrived at a set of reforms which strikes the right balance between the needs of employers and employees, as well as serves as a model for the nation on supporting worker fairness and workers’ rights.”

The ordinance applies to salaried workers making no more than $50,000 a year and hourly workers earning no more than $26 per hour who work in a number of industries, including restaurants. But it largely impacts chain restaurants and not smaller operations.

Under the ordinance, in the event of a schedule change, a covered employee will have the right to decline any previously unscheduled hours. A covered employee can also decline a shift with less than a 10-hour break from the last shift. And if they work that shift, they must be paid 1.25 times their regular rate, according to the law firm Fisher Phillips in a newsletter alert Thursday.

In addition, if an employer alters the schedule after the deadline, the worker must be paid one extra hour in addition to their regular compensation. If a shift is cancelled or reduced with less than 24-hour notice, the employer must pay at least 50% of their regular pay rate for any scheduled hours.

Fisher Phillips notes that applies to on-call shifts and if the employee is sent home early. Also, employers must offer extra shifts to existing qualified workers before using temporary or seasonal workers.

There are certain exemptions for things like civil unrest, acts of nature and cancelled banquets or events, and there’s room for mutually agreed-upon shift trading, if the restaurant has an existing policy for such changes, Fisher Phillips said.

Bob Reiter, president of Chicago’s Federation of Labor, in a statement called the ordinance a huge win for workers, saying it will give them “the predictability needed to care for their loved ones, advance their educations and plan for their financial futures.”

Sam Toia, president of the Illinois Restaurant Association, also commended the mayor for finding middle ground on the issue, which has been debated for more than two years.

“We have made a lot of progress in this dialogue and believe the decision reaches a fair balance for both employers and employees,” Toia said in a statement.

Chef Akira Back lands in Los Angeles with ABSteak
Feb 13, 2020