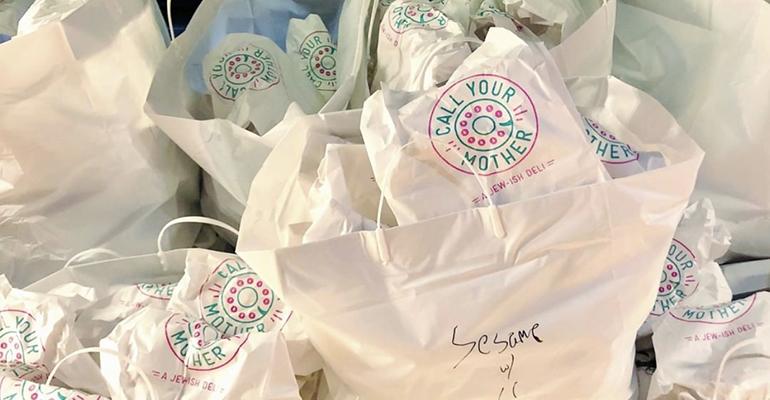 Call Your Mother in Washington D.C. has managed to keep paying 145 hourly workers during coronavirus

Keeping hourly workers on the payroll throughout the pandemic

With millions of restaurant workers laid off or furloughed across the country, one restaurant group in the Washington, D.C. area has been able to keep about 145 hourly workers on the payroll.

The couple was returning from a family wedding in Argentina in mid-March, when they realized they’d have to close their units to keep workers safe. It was a few days before a shelter-in-place order forced restaurants to close for dine-in service.

“The airports at the time felt horribly unsafe,” said Dana. “We got home and went into the restaurants and said we have to shut this down. This is coming.” 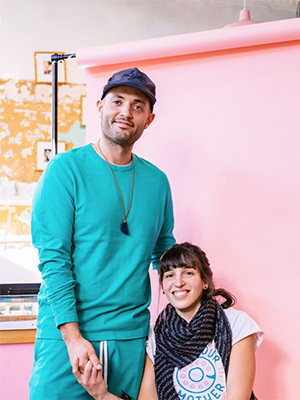 But Dana and Moreira didn’t want to lay any workers off.

“Unemployment isn’t a great situation right now, and we know some on our staff wouldn’t be eligible,” he said.

So for two weeks, they stayed closed —continuing to pay workers — while they tried to figure things out. Workers were paid based on average wages over the previous two months. Dana and Moreira stopped paying themselves, and they each paid $5,000 into an employee fund.

As a fundraising effort to pump up that fund, they also launched online sales for future events. They sold pizza-making classes and catering for events later in the year. About $75,000 has been raised for the employee fund so far to help cover payroll.

Then they reopened the restaurants for limited service. Call Your Mother now offers takeout, and sold more than 1,500 bagels the first day back. The concept continues to donate bagels to area hospitals for frontline workers. The pizza concepts, meanwhile, are offering delivery.

“Sales at the restaurants are actually pretty good,” Dana said. “The deli is only down about 10% and the restaurants are down 10-15%. What’s really hurting us is the loss of catering and [food trucks serving] the farmer’s markets. That was about $150,000 a month, which is now zero.”

A key to their ability to keep up pay and benefits was the rainy day fund Dana said they have maintained from the beginning.

“We always kept a minimum of two full payrolls in the bank at all times,” he said. “We’ve been saving money for a rainy day. We didn’t know if that would be a recession or that the buzz would die, or a competitor would open next door. We’ve always been bracing for something.” 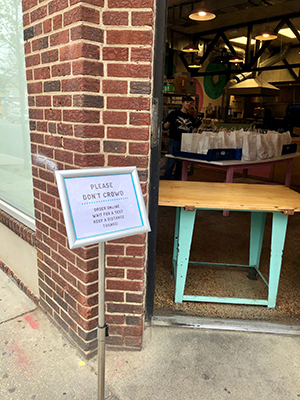 Photo: The entrance at Call Your Mother advising customers to social distance.

Reopening was necessary to “slow the bleeding” while the group awaited the applied-for Small Business Administration loans.

Not all workers were allowed to return while the crisis continues. If workers had to take public transportation to work, for example, they were not invited to come back. Dana didn’t want to think about his workers picking up the virus on the metro.

Those who are high risk, or who live with someone high risk, were also asked to stay home. In the end, a core group of about 20 to 25 came back to work, though all on staff are still being paid.

Much depends on whether the group will get the Paycheck Protection loans, as well as a small business loan applied for at the local level.

“If we knew help was coming in the next seven to 10 days, we’d feel confident about keeping people paid for the next few months,” he said. “But we’ve gotten no response on timeline.”

And, of course, an even bigger question mark is what will happen to sales later this year, if sales will return to pre-pandemic levels.