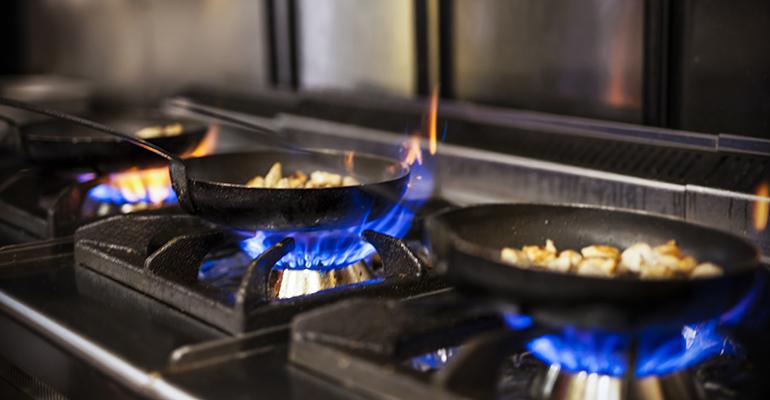 Arguing that restaurant chefs need to cook over fire, the California Restaurant Association, or CRA, on Thursday sued the city of Berkeley, Calif., to block a trailblazing ban on the use of natural gas in most new buildings.

Berkeley earlier this year became the first U.S. city to approve an ordinance to begin phasing out the use of natural gas pipes in new construction as part of a larger push to go all-electric to meet greenhouse gas-reduction goals.

The lawsuit filed in U.S. District Court for the Northern District of California sets the stage for what is likely to be an ongoing battle about the role of restaurant cook stoves in climate change.

Supporters of Berkeley’s ordinance reportedly said the use and transportation of natural gas makes up 27% of the city’s greenhouse gas emissions and 73% of its building sector emissions. As the state moves toward the use of solar and alternative energy sources, electricity is seen as a greener option. The ordinance goes into effect Jan. 1, 2020.

The CRA in its complaint, however, argued the ordinance conflicts with federal and state laws and energy guidance and is unenforceable. The association also questioned the science behind the premise that electric power is better for the environment and said restaurants would suffer substantial adverse consequences if they are denied the option of cooking over a gas flame.

“Restaurants rely on natural gas for such things as food preparation and heating space and water, and even providing backup power during electrical outages,” the CRA said in court filings. “Many of these restaurants rely on gas for cooking particular types of food, whether it be flame-seared meats, charred vegetables or the use of intense heat from a flame under a wok. Indeed, restaurants specializing in international foods so prized in the Bay Area will be unable to prepare many of their specialties without natural gas.”

Many chefs are trained using natural gas stoves, the complaint continued, so losing the use of natural gas will slow the cooking process, reduce a chef’s control over the amount and intensity of heat, and affect the flavor of food.

“We believe that the Berkeley ban represents the start of efforts to ban or severely restrict all natural gas use,” said Jot Condie, the CRA’s president and CEO, in a statement. “It’s impossible to overstate how irresponsible this is at a time when millions of Californians find themselves in the dark due to planned power outages. The citizens of California need reliable and affordable energy that allows them to choose what appliances they have in their homes and businesses.”

Berkeley’s Mayor Jesse Arreguin through a spokesman declined to comment on pending legislation. But when he signed the ordinance into law earlier this year, Arreguin said the move was necessary as scientist and environmentalists sound the alarm about the dangers of a potential catastrophic climate crisis if imminent action is not taken.

He also pointed to Berkeley’s progressive history. “From introducing curbside recycling to banning Styrofoam, Berkeley has a proud history of being the first to introduce groundbreaking legislation, which has become common practice today. History will repeat itself with our natural gas ordinance.”