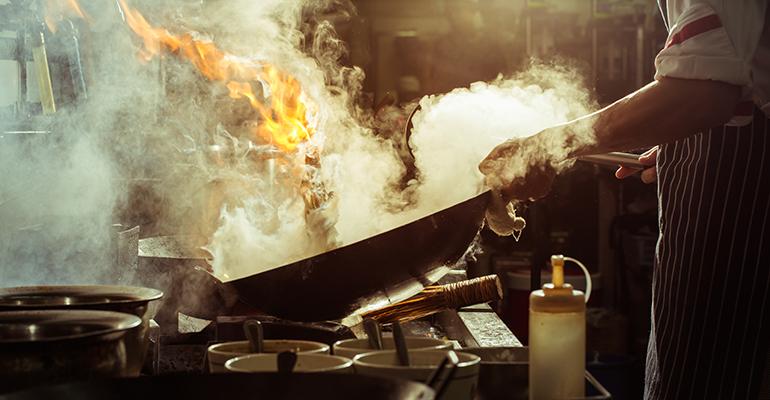 Getty Images
Restaurant kitchens are likely to be among the high-risk workplaces impacted by potential standards for extreme heat.
Operations

The interagency initiative seeks to mitigate occupational heat exposure for outdoor workers, like those in the agriculture, construction and delivery industries, as well those who work indoors in hot places, including factories, warehouses and kitchens, according to a White House fact sheet.

In a statement outlining the plan, the White House noted that climate-related disasters like hurricanes, wildfires and floods produce dramatic images, but extreme heat is actually the nation’s leading weather-related killer.

The heat wave in the Pacific Northwest in June, for example, resulted in hundreds of deaths and thousands of emergency room visits. Millions of workers are exposed to severe heat in their workplaces, and Black and brown workers are disproportionately exposed, the White House proposal said.

Under the proposal, the Occupational Safety and Health Administration will launch a rulemaking process to develop a workplace heat standard to protect workers in both indoor and outdoor settings. A proposed rule is scheduled to be published in the Federal Register next month for public comment.

In the meantime, the agency contends it has tools in place to begin enforcement on protecting workers in dangerously hot settings, particularly when temperatures exceed 80 degrees.

OSHA plans to develop a National Emphasis Program on heat hazard cases for high-risk industries — scheduled to take place before next summer — that will likely build on an existing regional program for heat illnesses in Arkansas, Louisiana, New Mexico, Oklahoma and Texas. The proposal did not specify which industries might be targeted.