The four-year-old food hall, adjacent to one of New York City’s transit hubs, Penn Station, will shutter at the end of March. The 8,000-square-foot space houses six food concepts and the decision to close came from real estate owner, Vornado.

The Cinnamon Snail, the only tenant since the hall’s 2016 opening, has to cease all business in March after losing its commercial kitchen space.

“With our big production kitchen in Brooklyn, other high overhead, and fast escalating costs of running a small food business in NYC, I have made the decision to pull the plug on The Cinnamon Snail entirely when the Pennsy closes its doors at the end of March,” said Chef Adam Sobel on Cinnamon Snail’s Instagram account.

According to the Commercial Observer, the building is going through a large-scale renovation as Vornado renovates other nearby buildings including 1 Penn Plaza, 2 Penn Plaza and the Farley Building.

Chef Einat Admony’s couscous-focused restaurant closed in early February after two years in operation. The Taim chef’s fourth NYC concept received rave reviews from critics upon opening in 2018 but business never picked up according to Eater.

The Moroccan-style couscous will be a weekly special on Admony’s nearby restaurant, Balaboosta.

Taim currently has five locations in NYC and one in Washington D.C., Balaboosta is still open in NYC and Bar Bolonat closed in 2018.

After 32 years in business, San Francisco French restaurant La Folie is closing on March 14 in order for chef/owner Roland Passot to retire and spend time with his family.

Passot told Eater he was looking for a buyer but “doubts that a new owner would want to continue La Folie,” and the two leases — one for the kitchen space and one for the dining room — will inevitably become a new restaurant concept.

“It has been 32 wonderful years, it’s time to let go of my baby,” Passot said on Instagram.

Las Vegas-based Hakkasan Group closed the Chinese dum sum teahouse Yauatcha on Feb. 16 after opening in Houston’s Galleria in 2017. The Hakkasan Group stated it would be laying off all 80 employees in a letter sent to the Texas Workforce Commission.

Yauatcha opened in 2017 with a slew of other high-end restaurants with the goal of transforming downtown Houston into a dining destination.

Joey Restaurants, the Vancouver-based restaurant group, is allegedly opening a restaurant in the space, according to multiple news reports, but that has not been confirmed by Simon, operator of the Galleria.

The restaurant hasn’t announced the closing on its website or social media channels but is listed as closed on third-party listing sites. The last mention on the restaurant’s social media is of Dillon’s other restaurant, Sitka & Spruce, which closed on Dec. 31. He cited “rising costs” as the reason for that restaurant’s closure on Instagram.

Former Sitka & Spruce employees Chef Eli Dahlin and sommelier Ezra Wicks have taken over Bar Ferdinand’s location in the Capitol Neighborhood’s Chophouse Row. The chefs told the Seattle Times, “will be re-opening in late spring as a new wine bar in a refreshed space.”

After over 15 years in New York City, the “Iron Chef” star Masaharu Morimoto’s restaurant in collaboration with Stephen Starr will shutter its doors in May. The Philadelphia location of Morimoto remains open.

The omakase restaurant that opened to fanfare in 2006 will close with the end of its lease at the highly designed and futuristic space.

Portuguese fine-dining restaurant Aldea is scheduled to close on Feb. 22 after being open since 2009. Since being awarded a Michelin star in 2010, the restaurant has maintained its status.

Chef George Mendes announced the restaurant’s closing in an e-mail to customers where he mentioned his plans to “take a break, recharge creatively, and refocus.”

Mendes opened Aldea after working for years in Spain at a three-star Michelin restaurant. Mendes closed his other New York City restaurant Lupulo in 2017.

The reason for the closing was the end of the lease and a rent hike, according to the San Francisco Chronicle. Des Jardins told the Chronicle, “It’s been a successful project for us and it’s just the right formula, so I wouldn’t be surprised if I reinstate it.”

In a note on the restaurant’s website, Des Jardins thanks customers for their “support and patronage over these past 15 years.” This comes on the heels of Des Jardins closing her flagship restaurant of 21 years, Jardinière, in April 2019.

The San Fernando Valley restaurant and its adjoining Cork Lounge — where Billy Joel was literally once the piano man — closed on Dec. 14, after 60 years in business, a day earlier than planned due to high demand and lack of product.

The restaurant’s answering machine simply tells customers that the restaurant closed a day earlier than expected overwhelmed by “high demand” and being understaffed.

Known for its iconic Googie-style architecture and as a popular filming site (“Nightmare on Elm Street”), Corky’s owner George Metsos told LA Magazine, “Landlords don’t want true American family dining restaurants where we witnessed customers get married and have babies and then watch them grow thru their visits. They feel we are outdated and old.”

Historic steakhouse The Hayward Ranch closed its doors for good on New Year’s Eve after operating for more than 70 years.

The rent was too high at the restaurant to stay in business any longer, according to a report in The Mercury News.

Former owner Leonard Perolo once owned 27 Ranch restaurants around California and the Hayward Ranch was the last to close. The restaurant was owned by Katerina Sarantakis and her family since her father purchased it from Perolo in 1998.

Seafood restaurant Water Grill closed last week in Dallas after three years in operation, according to the Dallas Observer.

The upscale seafood concept prided itself on sustainable sourcing, but had high price points, even amongst the upscale restaurants neighboring it, including Del Frisco’s Double Eagle and Fearings.

Water Grill is a signature brand operated by multiconcept group King’s Seafood Co., based in Costa Mesa, Calif. No word from the group, but the Dallas location of Water Grill has been removed from its website. The other five locations are currently operating, while a sixth is planned for Denver. 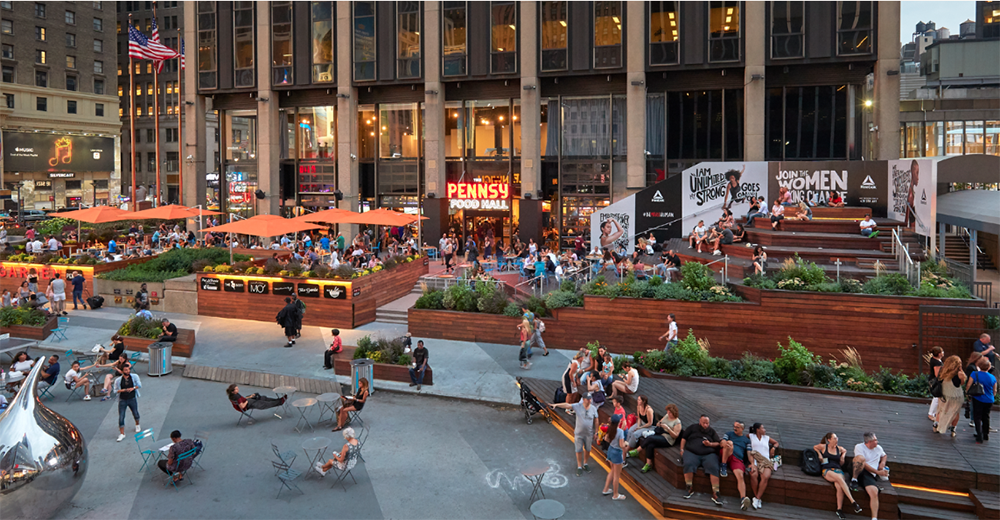