1919: The very first issue of American Restaurant magazine, founded by C.A. “Pat” Patterson in Chicago, went to 40,000 restaurants in existence at the time across the country.

1922: Around this time, Prohibition was in full force and there was a big focus on coffee preparation, as an alternative to alcohol.

1933: The 1930s brought a big push for “modernization.” Prohibition was repealed nationally in 1933, though some states continued temperance laws. By 1935, alcohol was being promoted, but a top concern was safety, and operators emphasized that they used “National Distillers-bonded whiskies of reputation.”

1945: The “manpower problem” was paramount – mainly because new and concerted efforts to route men and women into war industries. Food shortages were a key concern for restaurants. Still, the industry was planning for the return of peace, and restaurant operators were talking about how to provide opportunities for returning servicemen.

Wrote one editorial, “Right now ... restaurant equipment manufacturers aren’t saying much about what they’ve got up their sleeves for you when the shooting stops. But we’ve been peeking a little, and all we can say to you is you’ve got some big surprises coming. Yes sir, you’ll shortly witness one of the greatest eras of advancement in manufacturing the world has ever seen.”

JULY 1952: That’s the McDonald’s’  brothers innovative new drive-in concept in San Bernardino, Calif. on the cover, where multiple mixers churned out shakes “as quickly as cups could be changed” and dispensers were developed for catsup and mustard. The French fry department was “a model of efficiency” that eliminated “preparation drudgery,” and a bank of infra-red lamps kept the fries hot and crispy.

At the time, the McDonalds were plotting a nationwide expansion, but Ray Kroc would not visit the restaurant for another two years.

During this decade, the industry was competing for diners’ attention with the rise of television. Editorial director Henry Ehle wrote, “It is the desire on the part of the public at large to make dining out a more memorable occasion by turning the restaurant meal into an adventure in dining.”

The restaurant industry had grown into a $20 billion business and large companies like Dobbs Houses Inc. (Dobbs House, Toddle House) and Marriott-Hot Shoppes Inc. were reporting millions in sales.

Marketing was more a thing, and the magazine suggested operators consider it, launching a new series about the role of advertising. “Advertising finds the customers you can’t reach personally.”

1979: During this decade, Patterson Publishing bought Penton Publishing and merged the companies. In 1979, Wallace Patterson retired, ending the magazine’s 60 years in the family’s hands.

The 1970s were about energy management as the industry was hit with  higher prices and “consumer resistance.” Casual dining chains like Houlihan’s, Bobby McGee and Chart House were transforming the industry.

1980s: The restaurant industry had now grown to more than $200 billion. Publisher Daniel Ramella in 1987 predicted operators who “somehow have incorporated take out and home delivery services into their operations will wonder why it took them so long to do it.”

Red meat was “making a comeback.” Convenience stores were offering fast food, but Ramella didn’t think it would impact restaurants. Instead, he said, “Expanded deli and gourmet sections in supermarkets will loom a bigger threat.”

2007: Danny Meyer’s book, “Setting the Table” was touted as offering copious advice for restaurant operators. The jury was still out on TV cooking competition television shows, and whether they would have an impact on restaurants. 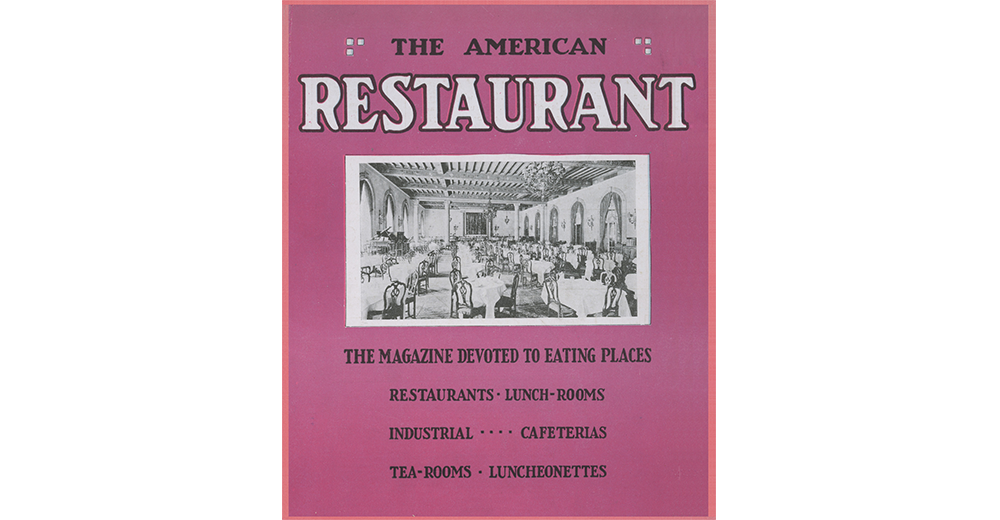 Next Up
This week's top 10: Restaurants find it hard to bring back employees, lawmakers debate improvements to PPP loans
Start Slideshow ›