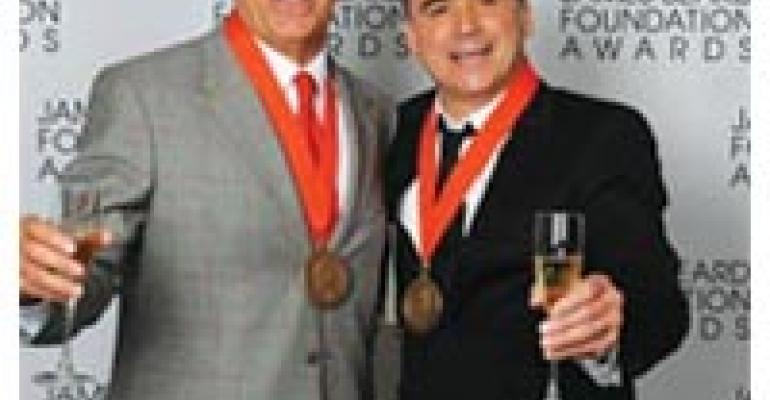 Spreading the Wealth, But Not Very Far But Not Much Of It

Not that all the winners of the major Beard Awards weren't worthy of their honors. But only 2007 RH Rising Star Nate Appleman from San Francisco's A16 was able to break through New York City's culinary hegemony at the 2009 awards ceremony. He was named Rising Star Chef of the Year, while every single one of the other most coveted awards — eight in all — went to New Yorkers.

A breakthrough of sorts came in the Outstanding Restaurant Design category, which honored chef/owner Paul Kahan's The Publican in Chicago. However, the designer, Thomas Schlesser, is headquartered in, you guessed it, New York.

In contrast, the regional Best Chefs in America aspect of the competition embraced geographical diversity. Here the Beard voters honored 10 top toques from around the country — without naming anyone from such pivotal restaurant cities as Chicago, San Francisco, Los Angeles, Atlanta or Miami. The regions and their chef honorees were: