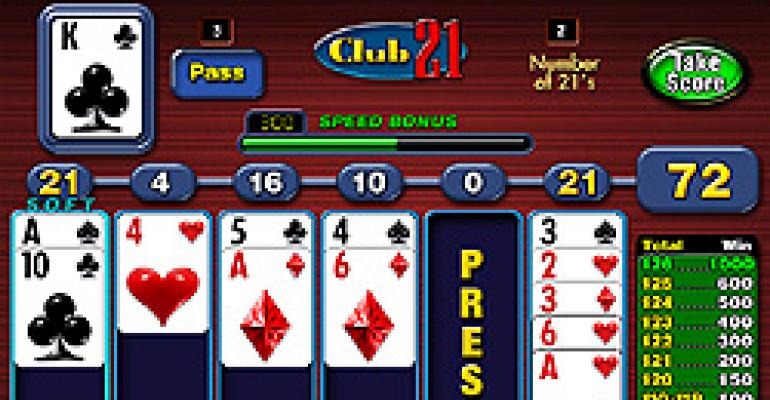 HE'S GOT GAME. SHOULD YOU?

What Bushnell sees is a vast market of video game players who mostly play those games in isolation. "Games have historically been vehicles for socialization, not sitting alone in your underwear," he told Newsweek. His restaurant, Media Bistro, aims to bring gamers together for a shared-gaming experience. The first one, a 300-seat operation, is set to open in West Los Angeles this fall.

The centerpiece of each table and bar stool will be a two-sided touch-screen monitor. It will do double-duty, functioning as a game console and also as the device through which customers place food and drink orders. Gamers can play their tablemates, challenge someone at another table or participate in large-scale contests. They'll be able to choose from among more than 70 different video games. Food runners will bring customers' orders to tables when they are ready. No word yet on what the menu will offer.

The games will be supplied by uWink, another Bushnell venture. This company develops and markets unique entertainment software for touch screens, pay-for-play game terminals and lottery and gaming kiosks in public locations. If Media Bistro will rise and fall on the quality of its games, it picked the right partner.

So how many people would find a concept like this attractive? One of the best ways to judge the size of the consumer market for video game-related restaurants is to note the size and growth rate of the video game market itself. According to a study conducted by accounting/consulting firm PriceWaterhouse Coopers, last year, U.S. consumers spent $8.2 billion on console games (including handheld games), PC games, online games and wireless games. This number excludes spending on the costly hardware and accessories used to play the games; this is just the number for the games themselves.

This market is expected to grow at a 12.9 percent compounded annual rate, reaching $15.1 billion by 2009. And while you may think the primary group of enthusiasts is teenage boys sitting at home alone in their rooms, in fact, the average age of a gamer is 29, according to the gamedaily.com website.

We're not sure how they plan to turn the tables at Media Bistro. But it also wasn't clear how things would work when Bushnell opened the first Chuck E. Cheese restaurant in 1977. Serving pizza to kids while they watched an animatronic stage show and played arcade games seemed like an oddball idea at the time, but it's a mainstream concept now. Chuck E. Cheese opened its 500th location late last month.

Given his entrepreneurial bent and his past success with video games and the restaurant industry, Bushnell could be on to something here. We suggest you keep an eye on Media Bistro once it opens. It might provide you with a way to tap into what is now a highly-underserved demographic. Let's just hope the food's good.