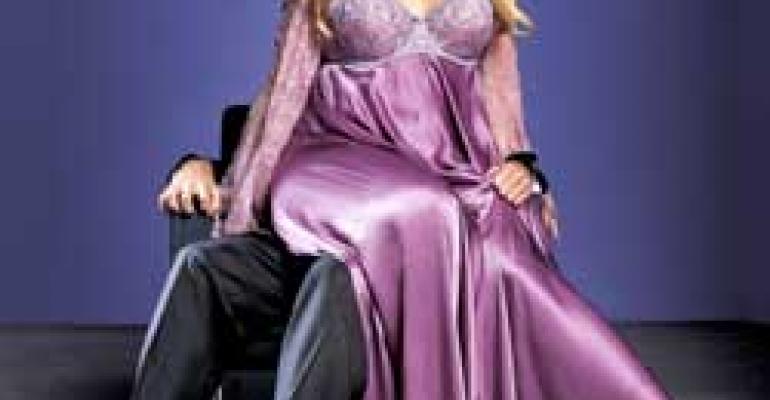 OBESITY FLAP TO LAND IN YOUR LAP?

To be fair, the results of CSPI's research into the calorie-counting prowess of dietitians will be disturbing to many. The group partnered with New York University in asking 200 dietitians to give an eyeball estimate of the caloric content of a meal made up of a hamburger and onion rings. Participants were allowed to see each portion, and yet the estimates of these professionally trained calorie counters were still off. Make that sensationally off. The meal weighed in at 1,550 calories (650 from the hamburger, 900 from the onion rings); the dietitians, on average, underestimated the caloric content by 700 calories.

The CSPI study added fuel to the fire in New Jersey, where state legislators introduced a bill (A3064) that would require retail food establishments to list nutritional data on printed menus and menu boards. Daily specials are exempt, and the bill would only apply to those chains having 20 or more outlets in New Jersey.

"The legislation would provide the citizens of New Jersey with the information they need to make informed choices, eat better and maintain a healthy weight," CSPI spokesperson Claudia Malloy told the press. "Such information would be a boon to people who watch what they eat to manage medical conditions such as diabetes, high cholesterol or high blood pressure."

Legislation akin to New Jersey's is pending in Connecticut, Hawaii, Illinois, Maine and Massachusetts and is expected to be introduced in other states this year. The U.S. Congress may take a crack at it, too.

If one of these pieces of legislation makes it into law in California, restaurant owners in San Bernardino County will have the easiest path to coming into compliance. The county already has a "Better For You!" program for restaurants. It provides the service of a nutritionist who will analyze a restaurant's recipes, then tell the owners how to change things around so as to offer healthier options. In San Bernardino County, "healthy" is defined as an item having no more than 30 percent of its calories from fat, 125 mg of cholesterol and 1,200 mg of sodium. Restaurants get new menus printed for free if they participate.

About a dozen restaurants are in the program, which costs the county $10,000 a year to administer. Many operators remain skeptical. "It would change some of our recipes," the manager of Classic Cajun Restaurant in Rialto, CA., told the Inland Valley Daily Bulletin. "Our food is authentic, and it would change the taste. We work very hard to keep that taste."

Wait a minute. Obesity is a serious problem, for sure. But many actions taken to combat it seem to assume that obesity is something you catch if you eat in a restaurant where nutritional data is not listed on the menu. Has anybody asked restaurant customers how they feel about the nutritional offerings made available to them in restaurants?

Someone has. One aspect of the recent survey of 1,000 consumers conducted for industry prognosticator Technomic Inc. asked respondents to rank how satisfied they were with the healthy/nutritious offerings at 39 top restaurant chains. The result: most chains are already in synch with consumer needs and expectations. "Our research indicates that consumers are satisfied with the healthy/nutritious offerings at many top chains," Says Robert Goldin, Technomic's exec. v.p. He did add, "The study also indicates several chains have significant room for improvement." High scoring chains included Subway (95 percent satisfaction rating); Applebee's (90 percent); Boston Market (89 percent); Olive Garden (88 percent); and Outback (87 percent).

So where does the current emphasis on obesity leave restaurant operators? You could put the kind of nutritional information CSPI says is important on your menu. But it's interesting to note that Ruby Tuesday's, the only chain to get ahead of the curve by printing full nutritional data about all menu items directly on its menu, soon decided that being ahead of this particular curve wasn't a good place to be. Its experiment lasted only a few months, due to the complexity created whenever a menu item was switched or a new ingredient was added to or subtracted from a dish.

Ruby Tuesday still puts out plenty of information about its healthful dishes on its tabletop. But you have to go to the web site and download a PDF to get the full-blown nutritional scores for every item.

Perhaps a better alternative for some operations is the one already in place at Darden Restaurants' new Seasons 52 concept. Not only are all items configured to be intrinsically healthful in the first place; servers also carry hand-held devices that can instantaneously spit out the up-to-the-minute nutritional profile of any item on the menu. It's a workable system that meets customers more than halfway.

Or you could not worry about the obesity crisis at all. That's what they're doing at fast food places like Hardee's (currently pushing the 1,420-calorie Monster Thickburger) and now Burger King. The latter's new Enormous Omelet Sandwich gets a customer's day off right with a 730-calorie sandwich with 47 grams of fat. The price: $2.99. The ingredients: one sausage patty, two eggs, two slices of American cheese and three strips of bacon, plus the bun.

"We're about having it your way," says Denny Marie Post, Burger King's chief concept officer. "The guy who is a Whopper-head will find this appealing."

The premise of the obesity flap is that if patrons were more fully aware of the caloric content of the meals they consume in restaurants, the U.S. obesity rate, currently 22 percent, would fall. So too would the incidence of disease closely linked with obesity, such as diabetes and high blood pressure. Honorable goals, to be sure, although whether or not direct causation would result if menu nutritional information were expanded has yet to be shown.

But maybe the best advice we can offer is to keep a close eye on the latest developments in the ever-changing nutritional world and figure out how to leverage them for your operation. The current best-selling book French Women Don't Get Fat: The Secret of Eating For Pleasure, by Mireille Guiliano, advances the idea of the so-called French Paradox: eat sensible portions of rich foods and wine, yet remain thin and have a healthy heart, to boot. It's something to think about the next time the food police start to get on your case.