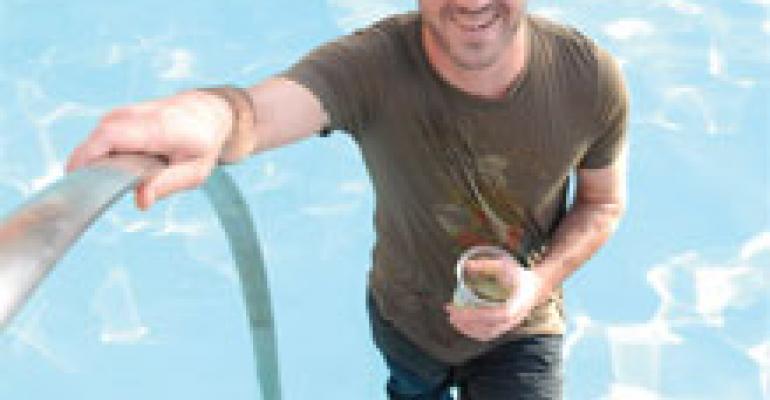 The siren song of the gaming tables and slot machines went unheeded at the 9th annual Restaurant Hospitality Concepts of Tomorrow Conference, with eager operators foregoing their chance to win big in favor of soaking up the expert advice about what it takes to pick up and run with a restaurant concept.

After an eight-year run in Chicago, this fall the event moved to another hot restaurant town, Las Vegas, where it took on a different perspective. With Red Rock Canyon providing a dramatic backdrop, this year’s COT Conference drew on the expertise of speakers weighing in on the challenges and opportunities facing operators at all levels, from fast casual to family dining to the upper reaches of upscale. Experts and experienced operators shared their success stories and missteps, talked about what works for them and fielded questions from passionate owners looking for ways to turn their passions into profits and push their concepts or ideas to the next level.

“I’m always looking for a hole in the marketplace,” Melman confessed. He says he keeps an file of concept ideas and when he sees real estate he likes, he tries to match up the ideas with the site. But it takes more than location to make an idea work, he added. “Everything starts in the test kitchen with us. If I don’t get excited about the food, we don’t have an idea.” And if an existing concept isn’t working, it gets tweaked until it does.

LEYE has joined the Las Vegas party in recent years, straying beyond its Chicago base to open a Café Ba-Ba-Reeba, Mon Ami Gabi and Joe’s Seafood, Prime Steak & Stone Crab. Melman made the first move when he took over the Eiffel Tower Restaurant at the Paris Las Vegas Hotel; things “just sort of mushroomed” from there, he recalled. “We like taking a city or town and doing more than one thing,” he explained. He thinks there is still room for casual dining to expand in Las Vegas, for the right operator.

But a restaurant in Las Vegas is not the same as one in Chicago, Rotolo explained. “In Chicago, 75 percent of our clientele is regular, so there is more emphasis on specials.” In Las Vegas, 85 percent is transient, so the challenge is to figure out ways to reach visitors before they decide where to eat. Similarly, when LEYE opened the first Joe’s Stone Crab in Chicago, it was clear that cold seafood— Joe’s specialty—would not cut it in the cold Chicago winters, so hot seafood and steaks were added to the menu.

Southgate-Fox addressed the challenge of hiring help in new markets, something LEYE has faced recently in Virginia. “You have to start thinking outside the box,” she suggested. The company recruited at embassies, offered bonuses to employees for referrals and targeted stay-athome moms looking for part-time positions. With opening day looming, the restaurant was able to hire 14 new servers in two weeks.

And LEYE doesn’t just want servers, but people who are committed— and who are likable during the interview. “If you can’t enjoy them, how will your guests?” Southgate- Fox observed. Food and beverage knowledge can be taught, she added, but you can’t teach someone how to be nice.

Melman cautioned the audience against too-fast expansion. If one concept or restaurant is successful, he advised paying it off and generating cash to build the second one.

Lessons on expanding
Eric Horsley and Jeff Van Dyke, cofounders of Brixx Wood-Fired Pizza, gave COT attendees valuable insight into how they took a simple concept and built it into a 10-unit chain. And people really paid attention after Horsley mentioned that gross profits at Brixx stand at 77 percent with labor costs running 26 percent.

What does it take to create margins like these? Van Dyke told operators to start by looking at plenty of existing concepts before finalizing their own plans. “Recognize excellence and steal the menu,” he advised. He credited the success of Brixx to dozens of other restaurants and concepts. “Just do it better to separate yourself from the crowd,” he noted.

Van Dyke underlined the importance of a flexible buisness plan. “You make your money before you open,” he observed, noting that site selection and lease negotiation are, in the end, the critical factors in the success of a chain’s expansion.

Owners need to pay attention to three areas, regardless of whether they intend to expand, sell or keep their business, Raving Brands president and CEO Stephen LaMastra told the COT audience:

Building a brand means establishing a powerful connection with consumers. Great brands, LaMastra said, are built on a sense of culture and personality. Success at expanding beyond one original location depends on real estate, marketing, strategic planning and discipline, he added.

LEYE’s Big Bowl concept, sold to and bought back from Brinker International, provided an intriguing case study of how to reinvent a chain that hasn’t quite fulfilled its promise.

With Big Bowl, LEYE decided to focus on a hot button, sustainability, by buying as much as possible from local food producers. A “right stuff” board inside the front door lists the names of farms and other producers so guests understand the extent of the commitment. Big Bowl servers learn about the farmers and other producers in case guests ask questions. “We think it’s relevant to our guests and strengthens the bonds with them,” said executive chef Mac McMillin.

Severs at Big Bowl also are trained to make guests feel valued and appreciated, according to VP Dan Ormond. Managers make a point to visit the tables of first-time guests to welcome them. “We want every guest to leave with a single thought in their heads: ‘That was nice,’” he explained.

Sharing operations savvy
Many owners have discovered that running one or even two restaurants is doable, but once a third location is added to the equation, the dynamics seem to change. Systems are the answer, according to David Scott Peters, founder of Smile Button Enterprises. Peters laid out a detailed program with ways to ensure consistent results from the kitchen, the bar, labor scheduling, purchasing and more. Often they involve checklists as well as budget targets.

The beauty of systems, Peters explained, is that they provide quantifiable goals and trainable results. In short, he said, “systems make your life easier.”

Brian Duncan, partner and wine director of Bin 36 in Chicago, shared his enthusiasm for wine and the restaurant’s concept. Calling Bin 36 “a big adult playground,” he admitted he’d been thinking about the place for most of his life. That quest meant building his understanding of flavors, and using it to pair foods and wines. “The goal for Bin 36 came from a very pure place: hospitality,” he explained.

Bin 36 offers 50 wines by the glass, each with a description. Duncan noted that the staff tries to use every facet of the food experience to bring wine alive. “How can I connect with everyone at every table? By my wine descriptions.” And he tries to make the experience fun for both servers and guests. As Duncan said, “If it’s not fun, what’s the point? If you can’t inspire your staff about wine, how will you inspire your customers?”