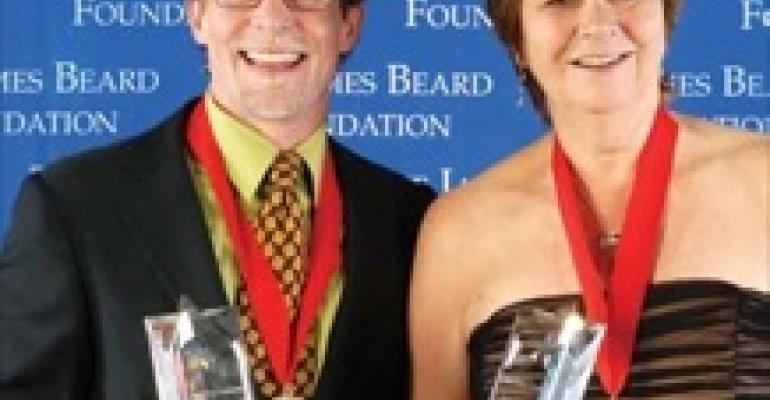 Spreading The Wealth, A Little

A quick look at the winners' list from the 2007 edition of the James Beard Foundation Awards tells the tale: The organization recognizes that much of the best food and service in the country can increasingly be found outside of Manhattan. Once decidedly New York City-centric, or perhaps even midtown Manhattan-centric, the Beard Awards this year found excellence in every corner of the land.

But some of the country's other notable restaurant towns got in on the act, too. Beard voters decided that the Outstanding Restaurant of the Year can be found in Chicago, at Rick and Deann Bayless's Frontera Grill. The country's Outstanding Chef comes from Washington, DC, where Michel Richard mans the stoves at Citronelle. It was a big night for Richard and Citronelle, also given the Outstanding Wine Service Award. Rick Tramonto and partner Gale Gand were the winners of the Outstanding Service Award for their standout Chicago operation, Tru.

California got a nod when Paul Draper of Ridge Vineyards, Cupertino, CA, was named Outstanding Wine & Spirits Professional. But Los Angeles and San Francisco were mostly shut out in the 2007 Awards. So was Las Vegas, a rising culinary center that has yet to garner much notice from Beard Award voters.

Cookbook author Barbara Kafka was the recipient of the Lifetime Achievement Award. Art Smith, head of the Common Threads Foundation, was named Humanitarian of the Year.

How are all these people chosen? Anyone can nominate a chef or restaurant for a Beard Award. A panel of more than 400 judges—previous winners, critics and food editors—winnows the nominees down to a short list of five. The same group then selects the winners.