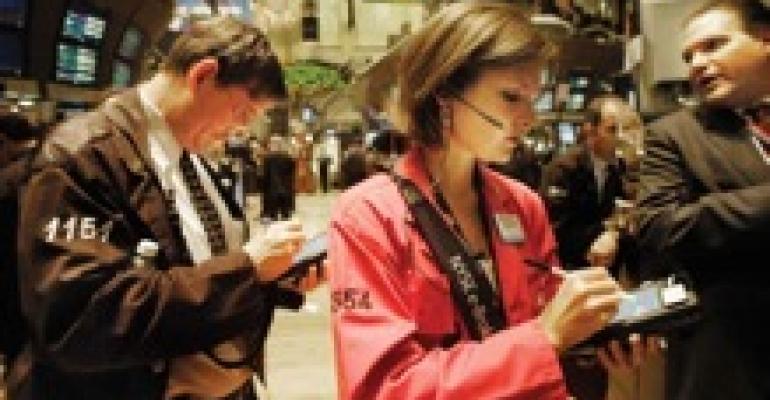 A Feeding Frenzy For Steak Stocks

Sure, you can still earn a decent buck operating a steakhouse, especially because it's easy to fill the seats no matter how many new competitors open their doors. But operating steakhouses isn't where the big money is now. Savvy investors think buying and selling steakhouses is where you can hit the jackpot, as evidenced by a recent spate of deal-making involving publicly held steakhouse chains.

And by savvy investors we don't mean the high-profile chefs who continue to pile into the steakhouse segment. Stars like Tom Colicchio (Craftsteak),Wolfgang Puck (Cut), David Burke (Primehouse) and Shawn McClain (Custom House) are just a handful of the talented culinarians who have opened a steakhouse as a second or third concept in their stable.

No, we're talking about the professional investors who take public companies private, figuring they can put up better numbers than the people who operate them now.

In May, the shareholders of OSI Restaurant Partners—formerly Outback Steakhouse— were set to accept a $40 per share offer ($3.2 billion) to take the company private. That includes control of 948 Outback Steakhouses, 45 Fleming's Prime plus the Carrabba's and Bonefish chains. Last-minute maneuvering by the investment consortium (lead by Bain Capital Partners) and shareholders (some big ones thought $40 per share wasn't enough) pushed the closing past RH presstime.

Privately held Patina Restaurant Group was ready to close on the $7.50 per share offer it made in January for the 13-unit Smith & Wollensky Restaurant Group, but then casual dining giant Landry's Restaurants put an offer of $9.75 per share on the table in mid-March.

Smith & Wollensky, a terrific brand, had been a mediocre investment vehicle since going public in 2001 at $8.50 a share. It had never traded above its IPO price until this mini-bidding war started. As RH went to press, Patina had upped its offer to $11 a share and looked like the winning bidder.

In mid-April, 15-unit Duffy's Sports Grill of Palm Beach Gardens, FL, bought all 57 units of Roadhouse Grill for $29 million and took it private. Roadhouse Grill was trading for a meager $.08 per share at the time. In its heyday, this casual steakhouse chain had 85 units; it went into and emerged from a Chapter 11 bankruptcy filing in 2002. This deal was also scheduled to close in late May.

What do all these investors see in the steakhouse segment? Opportunity. The value of these well-established brands is high, and the real estate leverage here is significant. In the Roadhouse Grill deal, for example, the chain had a large number of leases that had been negotiated prior to the recent Florida real estate boom. Other chains have the kinds of locations you just can't get anymore.

The classic investment strategy at work here is to take a public company private, unlock the hidden value in its real estate, spruce up operations to make the numbers look good and then pursue an exit strategy that may see the company taken public once again. That's how investors cash in big.

We hope he's right. In the meantime, if you want to invest in shares of a publicly traded casual steakhouse chain, your choices are limited: Texas Roadhouse and RARE Hospitality. On the high end, Ruth's Chris and Morton's—both smaller companies—are still in the mix.

But steakhouse investors and operators beware: Competition in the steakhouse segment is about to get brutal.