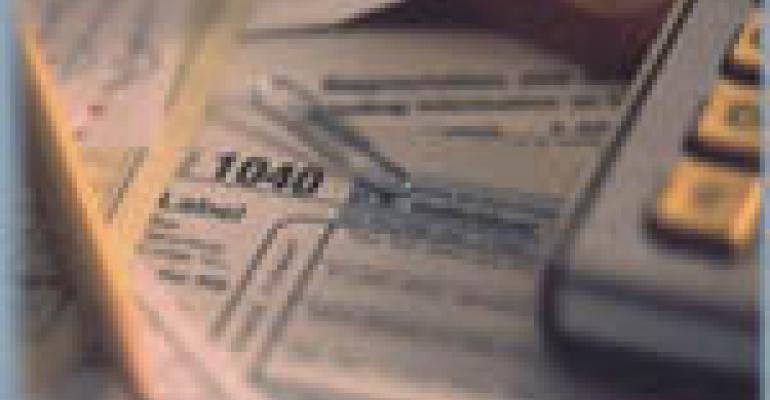 DO THE RIGHT THING, THEN DEDUCT IT

Complex legislation often contains goodies for big corporations, and the 2006 Pension Reform Bill was no different. But this time smaller businesses like restaurants got a big break, too. If your restaurant donates food to charity-and we don’t know many restaurants that don’t-you can now deduct from your taxes the cost of the donated food plus half the fair market value appreciation, not to exceed twice the cost. It’s something big companies, i. e., C corporations, have been doing for years. Now you can, too.

At least for awhile. This new provision applies through 2007-something you definitely want to keep in mind as you plan next year’s charitable giving. Even better, it’s also retroactive to the beginning of 2006, meaning that you may be able to take a significantly larger charitable deduction this year than you thought.

What about 2008 and beyond? A lot of the pressure to include this language in the 2006 bill came from charitable organizations whose mission is to fight hunger. They expect to garner an additional $250 million worth of private sector food donations-from manufacturers, farmers and ranchers as well as restaurateurs-during the 24-month period over which this stipulation will be in effect. These same entities will be lobbying the next Congress for an even juicier deduction, one that hopefully will kick in in 2008.

"In the near future, we look forward to the enhanced tax deduction that extends the entire fair market value of the product to all business taxpayers in the United States," says Vicki Escarra, president and c.e.o. Of America’s Second Harvest. "We thank our friends in Congress who have pledged their commitment to help us achieve this."

Cross your fingers that they do.