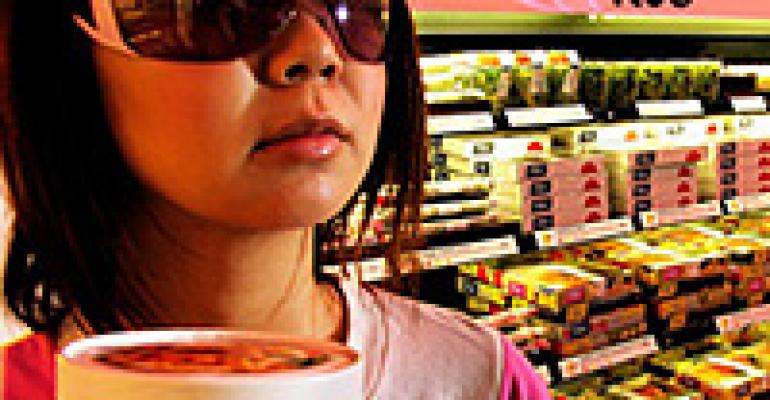 Itsu is an 11-unit London sushi chain that offers fresh, healthful items and sells them at moderate prices in its three full-service dining rooms. It also operates eight sushi-to-go counters-fast-casual operations which Itsu dubs "shops with seats" Most units do a strong office- and home-delivery business, too. This concept was going great guns until the unthinkable happened: a radiation poisoning that most likely took place in one of its operations, resulting in the death of the recipient.

The case drew international attention for weeks. Investigators working the case followed the trail of the polonium 210 isotope that killed Litvinenko throughout Europe. Polonium 210 is a rare radioactive element that’s manufactured in specialized nuclear facilities. Ultimately, they concluded the deadly dose was most likely passed to him at Itsu. There’s never going to be absolute certainty on this but, just as British Airways immediately quarantined three planes that might have been contaminated, Itsu management quickly closed the unit in question.

The following statement now appears on its web site:

"Itsu Piccadilly, through no fault of its own, was caught up in an international incident that received massive coverage in the press. As expected, all of our staff have been given the 100 percent all clear. As far as we know, the same applies to our customers. Itsu Piccadilly is now closed and we hope to open it again in early 2007."

As restaurant crises go, this one’s a doozy. Food safety problems, bad as they are, will eventually be forgotten. But plutonium isotopes that cause lingering death at extremely low levels of contamination...boy, how long before customers might be willing to take a chance on that?

Litvinenko died on Nov. 23. Itsu held a press conference on Dec. 6 to spread the word that none of its employees or, to its knowledge, none of its other customers had been affected. "We were an entirely innocent party in this," said Itsu spokesman Graham Shear. "It is lucky for us we were able to shut down the small area where it happened."

How did customers react? Surprisingly, most took it in stride. Itsu’s lawyer said that sales were up at most of the company’s 10 other London units that remained open, probably because of the related publicity.

We can only imagine what Luke Fryer thought of the Litvinenko case. He’s the owner of the first Itsu unit in the United States, which threw open its doors on Dec. 12. It’s located in New York City’s financial district, at the World Financial Center in lower Manhattan. You’d guess that, for him, the timing couldn’t have been worse.

So how did opening day go? "We sold out of everything in 45 minutes," Fryer told the New York Sun. He already has plans to open a second unit this March in midtown Manhattan. Workers are already hammering away at 245 Park Ave., near E. 47th Street, the heart of New York’s high-rent district. The Litvinenko incident "has greatly increased the profile of our business," Fryer says.

Technomic’s Ron Paul forecasts a solid future for Itsu, both in London and New York. "Consumers tend to associate these incidents with the location and not the brand," Paul told Bloomberg News. "Closing the Piccadilly location might be the smartest thing to do because the location might be considered tainted, especially with radioactivity."

So what about that brand, which has now proven to be a strong performer on two continents, even when saddled with fallout from the Litvinenko murder. Fast casual sushi is a wide-open market niche in the U.S. We suggest readers head for www.itsu.com for a closer look at how a concept that would fill it might look.