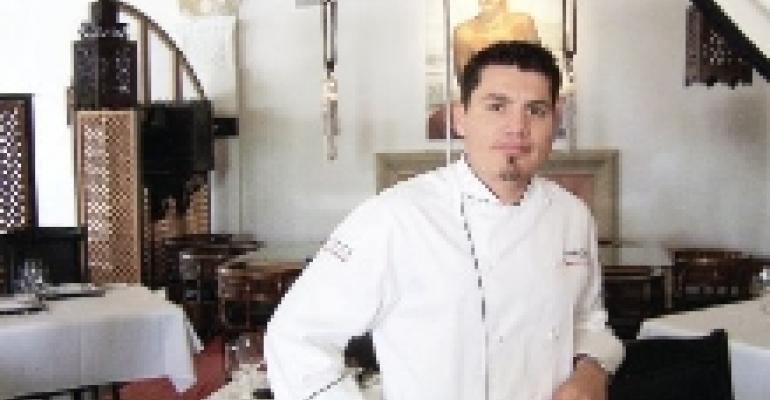 Will Hollywood Love the Sequel?

Whether involved as owners, operators, concept creators or consultants, Jeffrey Chodorow and his New York City-based China Grill Management team have proven they can open restaurants in distant markets—Miami Beach, Las Vegas, San Francisco—and come out a winner. It’s a group that thrives on challenges.

Which is good, because their latest project could be their biggest challenge yet. It’s Social Hollywood, which Chodorow and partner Melissa Richardson have opened in a landmark art deco building on Hollywood’s legendary Sunset Boulevard.

This isn’t the pair’s first “Social” venture; they’re also involved with Social Miami, located inside the Sagamore Hotel in Miami Beach. Social Miami is relatively intimate and reflects the Sagamore’s sleek, minimalist design. In contrast, Social Hollywood is a mega-project by anyone’s standards. It’s a free-standing complex with a capacity of 1,014 guests. That’s a lot of seats to fill up on an every-night basis, especially when you’re pushing Moroccan-tinged food.

Why Moroccan? The building that houses Social Hollywood—the former Hollywood Athletic Club—defined the concept. Founded as a private men’s club in 1924 by the likes of Cecil B. DeMille, Charlie Chaplin and Rudolph Valentino, it’s where the marquee names of yesteryear came to hang out. Designed by the same group who built Grauman’s Chinese Theatre and the Egyptian Theatre, the spacious structure’s interior has a distinctive Moorish feel.

Recently, the building has been an on-again/off-again night spot. It had languished for years until Chodorow stepped in. Now they’re trying to capture a younger crowd that wants to eat, drink and play where the old-time stars did...and hopefully bump into the latest crop of celebrities, too.

Attracting this scene-maker clientele is a tall order, and it’s interesting to see how Chodorow approached this project.

We already know he’s not a dreamer who’ll fall in love with a space and try to adapt some lame concept to it. No, this guy’s bottom-line all the way. His operating style was put on display in NBC’s reality show “The Restaurant.” Chodorow was the financial partner who became so incensed with his chef/partner Rocco DiSpirito’s antics that he locked him out of the very restaurant that bore Rocco’s name.

The story arc of the series made Chodorow out to be the heavy. But from a restaurant ownership point of view, he was definitely the hero.

Here are the component parts.

Entering patrons first step into The Bar. This room holds 93 people and has its own small plates menu. Across from The Bar is the 2,800-sq.-ft. Moroccan Room, the primary dining venue in Social Hollywood. It seats 142. The lion’s share of the first floor space is devoted to the 4,900 sq. ft. Ballroom. This special event space holds 500 standees, or 200 seated guests.

There’s another set of rooms upstairs, all of them part of a private, members-only arrangement. Options here include two Game Rooms (total capacity: 86); the Green Room, meant to host private events and holding 35 patrons; and the 32-seat Screening Room, a must-have in Hollywood.

When you operate on this scale, the food better be good. A pair of chefs see that it is.

Miami-based Michelle Bernstein is chef /consultant. She provides the celebrity chef connection and writes the recipes and menus. The on-site executive chef is Joseph Ojeda, who previously ran things at Chodorow’s Asia de Cuba at the Mondrian in Los Angeles.

At Social Hollywood, the pair faced the challenge of making Moroccan-themed food seem hip to a customer base that was, at best, unfamiliar with Moroccan cooking. No problem, as the menu in The Moroccan Room has a pronounced international feel, yet offers dishes to which any L.A. scene-maker can relate.

That translates to items like a Pomegranate Glazed Lamb Rack, Short Rib Tagine with Oaxacan mole and almond crusted calabaza, and Roasted and Filled Chicken Breast and Chicken Leg “Bastilla” in a Moroccan spiced chicken jus. As is true of most other Chodorow operations, the menu reflects contemporary tastes and trends but breaks no new culinary ground. Presentations, however, are memorable.

Social Hollywood opened in May. The check average so far: $68. L.A.’s nightlife crowd has made it a hot spot already.

Chodorow’s fellow operators will be watching to see if and how a multipurpose complex like Social Hollywood will work. Certainly its location—Southern California real estate does-n’t get any better than this— gives it a head start. Then factor in the culinary and operational expertise being brought to bear on this project and if this one doesn’t make it, others might find it tough to survive.