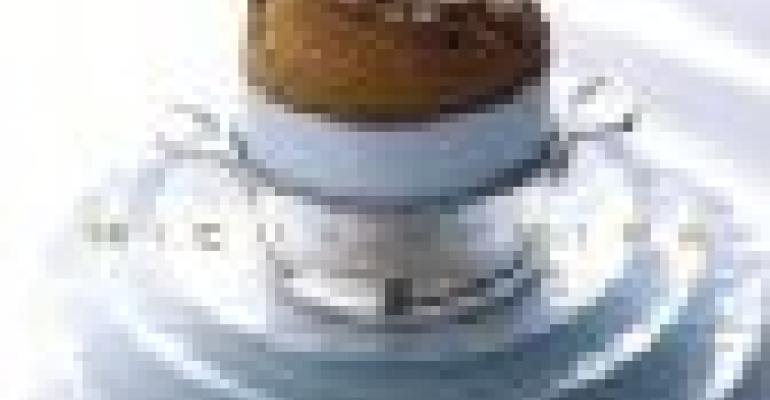 Fifty bucks is a lot to pay for a cookbook— even a large-format one with high production values. But you’ll get your money’s worth and more if you spring for Michael Mina: The Cookbook (Bulfinch Press; $50). It’s two books rolled into one, and both sections deliver inventive cooking ideas from one of America’s most gifted chefs.

Most of the material consists of the nontraditional dishes Mina serves at Restaurant Michael Mina, his flagship operation in San Francisco. He calls them “trios” because each offers guests three variations on a single ingredient.

Sound complex? Join the club. “When I first suggested this innovative way of presentation to my staff, they were confused; admittedly, I too was unsure of how to successfully pull my ideas together,” Mina writes. “As challenging as the trio concept has been to execute, I now cannot imagine any other menu for the restaurant.”

A chef needs a fertile culinary mind and an awesome work ethic if he wants to pursue this approach, and Mina appears to have both. For him, inventing three delicious recipes at a crack and coming up with equally stunning presentations appears to be effortless.

His book provides trio treatments in four categories: first courses, fish entrees, meat entrees and desserts—167 pages worth of trios in all.

Surprisingly, the degree of difficulty encountered in reproducing these multifaceted dishes is low.

The overall concept may be complex, but Mina’s already done all the thinking for you. Executing the recipes that produce the trio components should be no problem for professional cooks, thanks in no small part to Mina’s skill in giving written directions.

Also helpful: the 16-page “Trio Visual Reference” section, which shows how the final product should look.

The final third of this book consists of recipes dubbed “Michael Mina Classics,” i.e., signature dishes from his other restaurants: Bellagio, Nobhill and SeaBlue in Las Vegas and Stonehill Tavern in Dana Point, CA. All these dishes are winners, with presentations to match.

It’s the first cookbook from the 38-year-old Mina, and he hits a home run with it. He gives readers innovative fare and presentations while making it accessible to all. Would that other $50 cookbooks did as much.

So great has Mario Batali’s celebrity become that a nonfiction book in which he plays a minor role has become a bestseller on the strength of his limited presence. Fortunately, Buford writes so well, and his enthusiasm for food and the restaurant life is so engaging, that professional readers will still find it highly entertaining. The book’s lengthy subtitle (An amateur’s adventures as kitchen slave, line cook, pasta-maker and apprentice to a Dante-quoting butcher in Tuscany) sums up what happens. Buford quit his job as an editor at the New Yorker magazine, possessing zero kitchen experience, to go work in the kitchen at Batali’s three-star Babbo in New York. Later, he headed to Italy to learn how to make pasta and butcher meat just as Batali once did. If you’ve ever worked the line or broken down a primal cut of meat, you’ll derive great enjoyment from Buford’s description of the tasks. More importantly, Buford gets the spirit of what it is you do for a living exactly right.

Philadelphia chef and restaurateur Staib grew up and did his lengthy apprenticeship in Southwestern Germany, and the often-unique cuisine he learned there is the subject of his latest book. Staib gives readers the full culinary tour, detailing the dishes the region’s natives serve at home, at their local cafe, in their gasthauses and fancy hotel dining rooms, even local holiday fare. It’s old school, stick-to-your ribs cooking, some elegant, some quite basic. Most RH readers will find this book to be a useful eye-opener.