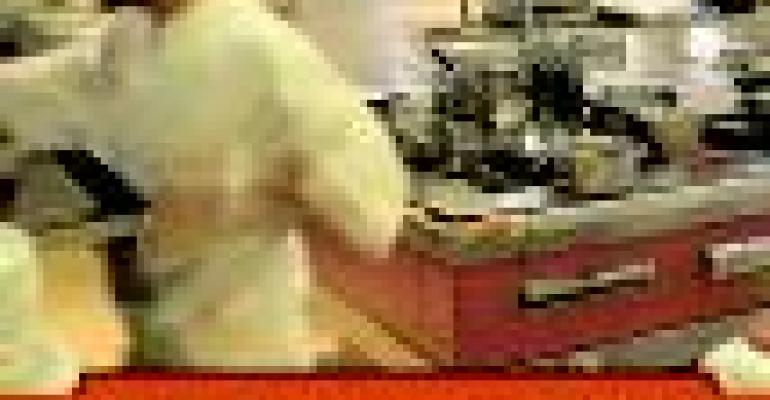 The High and the Mighty

Let's say your dream comes true and you become a celebrity chef. You've got it all: the flagship restaurant, the cookbooks, the TV gig, the product line, the endorsement contracts, the easy-to-replicate second concept, even an agent to negotiate all these deals on your behalf. You're living a fast-paced and lucrative life—but you no longer cook much, if at all. Is this what you wanted from a culinary career?

Michael Ruhlman provides welcome perspective on this question in The Reach of a Chef: Beyond the Kitchen (Viking; $27.95). He surveys the current landscape of the ever-shifting restaurant industry and examines some of the many allied ventures that spin off from it by, first, revisiting the subjects of his previous books (the teaching chefs at Culinary Institute of America; Thomas Keller), then moving on to "personal brand" chefs like Emeril Lagasse. One problem Ruhlman finds: "The best in the country scarcely cook anymore as a direct result of their success at cooking."

But others do. Ruhlman also profiles new stars: cutting-edge Chicago chef Grant Achatz; Melissa Kelly, who turns out supremely elevated home-style meals at Primo in Rockland, ME; and Masayoshi Takayama, whose Masa in New York city is regarded by some as the best restaurant in the country. These three much-different chefs are hands-on in their kitchens just about every night.

Ruhlman saves his highest praise for Masa. If this chef can't be at his Manhattan sushi palace, the place doesn't open.

"The goal of most chefs was to train their staffs so well that they, the chefs, didn't have to be there—when the staff could replicate a chef's goals without his being there, that was an extraordinary achievement. Their goal was to make themselves completely dispensable—they considered that their ultimate success," Ruhlman writes.

"Masa had done the opposite. In an age of branded chef and TV chefs and Vegas outposts and Olive Gardens and P. F. Chang's, Masa had created a restaurant so personal, so dependent on his skills and personality, that it had no meaning when he was not inside it. Masa was an artist."

The challenge for modern chefs, in Ruhlman's eyes, is to be an artist, maintain a reasonable work/life balance and still make a good living. As in his previous books, the well-connected and well-respected Ruhlman takes readers into kitchens they'd never get into otherwise, and the chefs in those kitchens open up to him as they do for no other writer.

Ruhlman devotes 65 pages of Reach of a Chef to the current state of instruction at the Culinary Institute-of America, a subject of his The Making of a Chef, written eight years ago. He finds it a much different place this time around, because the CIA has kept up with the culinary times. Many of the changes he found are reflected in the 8th edition of the CIA's The Professional Chef (Wiley, $70). Earlier editions of this book have set the standard for restaurant cookbooks. This one raises it higher, particularly on the global cuisine front. We say give this 1,200-page book to any aspiring cook for Christmas, saying "here's what you should know." Then also give them a copy of Ruhlman's latest and say "here's what you should think about as you move through the profession." Together, a nicely balanced set.