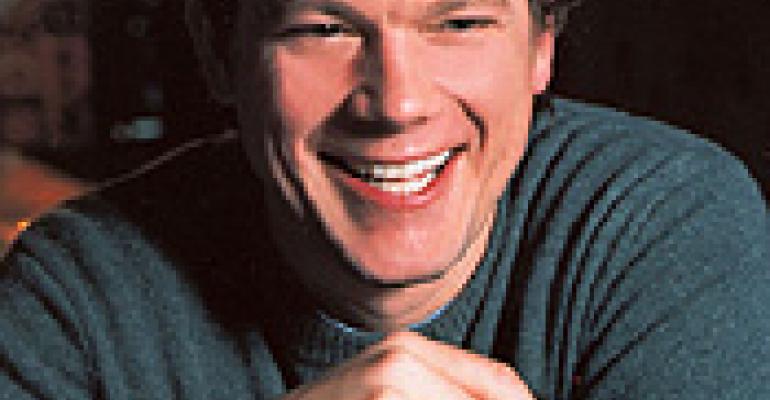 SORTING OUT THE SLOWDOWN

We noted in our July 31 e-newsletter ("Blame It On Chipotle") that a key factor we saw in the casual dining slowdown was the proliferation of lower-priced but very-close-in-quality food options in the fast casual segment. Relative to previous slowdowns, customers who want to spend less without having to prepare a home meal have new, and more interesting, choices than what's available to them at a QSR drive-thru window. People are still eating out, but a meaningful percentage of them now choose to do so in a fast casual restaurant, rather than a full-service one.

And it may not be just about price. "An increased interest in healthy eating, ethnic cuisine and premium ingredients largely explains the boom in fast casual dining market growth," says Bill Hulkower, an analyst for research firm Mintel. In August, this company issued a report that pegged sales for fast casual chains at $11 billion for 2006, making it an area of strong growth within the restaurant industry.

Hulkower says that growth is only beginning. "Relative to QSR and full service, there are still very few fast casual restaurants. As long as they keep updating menus to fit current eating trends, there is substantial room for growth. This category is eating into lunch sales at full-service restaurants, and it's going to pull some sales from QSR. A lot of people just don't have enough lunch time for table service, but don't want to do the QSR drive-thru," he adds.

So that's one problem facing full-service operators. CIBC's Glass sums up the rest of them this way. "Rising energy costs and interest rates have slowed personal consumption expenditures, while unit growth, especially in casual dining, has impeded same-store sales growth," Glass says. "While we are not in a recession, we have more industry-inflicted damage this time around" relative to previous downturns, he adds.

It's a situation that's leading to damage control in the casual dining segment. If you want more bodies in the seats, you've got to tinker with your value proposal. How? Leading chains are rolling out new menu items and/or cutting prices to build shrinking traffic back up.

Applebee's is working it both ways. Its Southwest Fiesta promotional combo gets diners an appetizer, an entrée and a dessert for a reasonable $9.99. But the chain has also partnered with Food Network celebrity chef Tyler Florence, who will add four new items to the Applebee's menu. He's dubbing them "fresh" entrees. The list includes penne rosa with sweet Italian sausage; herb-crusted chicken topped with Italian country salad; crispy brick chicken with warm spinach salad; and a bruschetta burger. The company notes that it is the first casual dining chain to forge an agreement with a celebrity chef. A massive national ad buy will spread the word. Applebee's expects to add another 16 or so additional new menu items by the end of the year.

Ditto for T.G.I. Friday's. You can find 23 new items on its menu, the biggest makeover ever for the chain. But Friday's is also working to attract the reluctant spender. Some of its appetizers are being offered with discounts that climb as high as 50 percent.

OSI Restaurant Partners (the new corporate name for Outback and its allied brands) is going the price-cut route. The company has already reduced steak prices by $1 in many of its markets, and says it plans to lower the price of items found elsewhere on its menu this fall. "This is unprecedented," OSI's Paul Avery told USA Today. "We've lowered prices from time to time, but never this magnitude."

These are the biggest names in the casual dining industry. If they're having trouble, what does that mean for everyone else? Not every operator is feeling the pain. We like the outlook expressed by Peter Christie, head of the Massachusetts Restaurant Association. "Sales haven't been awful right now, they just have been relatively flat in relation to inflation." In other words, you may have to fight to keep the business you've got, but it's still there to be gotten.

And customers may come back on their own, independently of any casual dining chain's marketing effort. "The good news is that people didn't reject the brands," said T.G.I. Friday's Chuck Sonsteby when announcing the company's most recent results, which saw traffic declines of six percent for three of the company's four brands, and same-store sales declines of about two percent. "They don't have the money to spend right now. Is it a permanent shift away from casual dining? I don't think so."

Luckily for the people who run these large public casual dining companies, same-store sales comparisons should temporarily get easier. Last year's third quarter included Hurricane Katrina and its still-resonating aftermath. All these companies took a big hit off that one.

But keep your eyes open for permanent changes in the restaurant market caused by the growth of fast casual dining. "You do have to go back 15 years to find an environment where the consumer has responded like they are today," said P. F. Chang's chairman/c.e.o. Rick Federico when discussing his company's most recent results. "We have lowered our expectations for the back half of the year to better reflect current trends in our business."

Unless you're in the fast casual part of the industry, you might want to adjust your expectations, too.