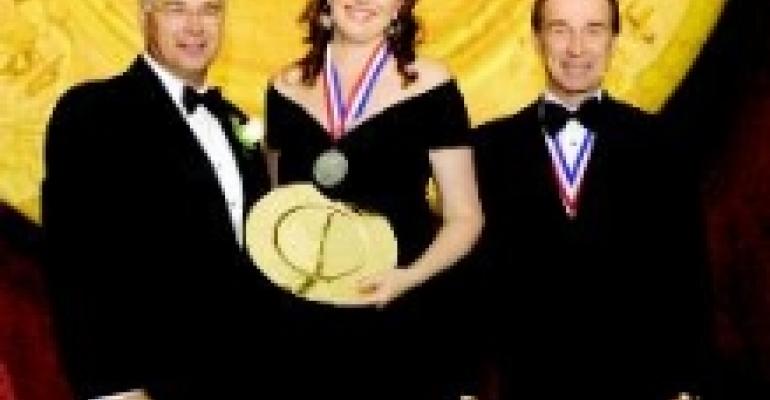 A Rapid Rise To The Top

She had already come further, faster, than anyone in foodservice. But now it's clear that Elizabeth Blau has made it all the way to the top of her profession. Blau, a restaurant consultant and former executive vice president of restaurant development and marketing for Wynn Las Vegas, has been named 2006 Foodservice Operator of the Year by the International Foodservice Manufacturers Association.

How far has she come? Blau is credited with transforming Las Vegas, her home base, into one of the country's premier culinary destinations. Her five-year stint as senior v.p. of restaurant development for MGM/Mirage charted a new direction for Las Vegas dining, one made stronger by her work at Wynn, where 22 food and beverage operations collectively serve 6,300 dinners each night.

Separately, she is c.e.o. and founder of restaurant consulting firm Elizabeth Blau & associates, which has clients throughout the country. She is also a partner with chef Kerry Simon in Simon Kitchen & Bar at the Hard Rock Hotel and Casino in Las Vegas. The pair have also opened a Simon concept in Telluride, CO, are in the process of opening Simon LA in Los Angeles and plan to have another Simon outpost in Maui, HI.

So how fast has she done all this? Blau has built up this staggering record since graduating from college in 1995. The Gold Plate is a lifetime achievementtype award, for which Blau certainly has the credentials. However, she may be the first winner who had to line up a babysitter for a young child (her 18-monthold son Cole) before attending the Gold Plate ceremony.