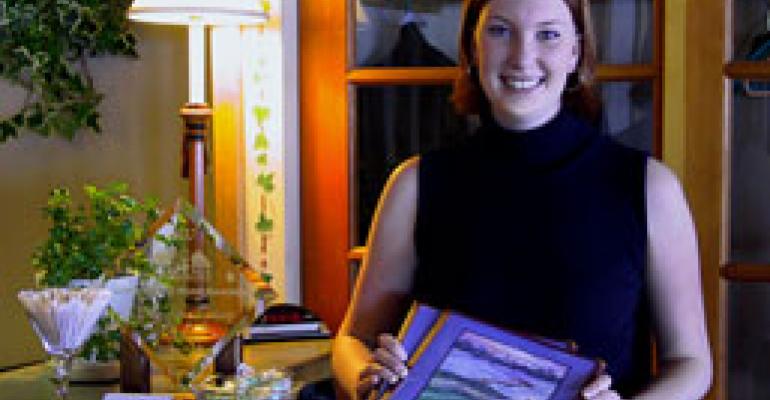 IT COSTS HOW MUCH WHEN THE HOSTESS QUITS?

Every operator knows how important the first point of customer contact can be. In the restaurant business, it's the host or hostess who greets people out front and leads them to their table. In hotels, it's the person who staffs the front desk. In either industry, people who provide a sense of warmth and genuine affability while efficiently handling these seemingly simple procedures are worth their weight in gold.

But they aren't paid that way. Wage scales are typically low, and in theory it shouldn't matter very much when someone who earns relatively little leaves the organization. It's expected that employees at this rung on the wage ladder are relatively interchangeable and will be easy to replace when they move on.

And maybe they are, but researchers at the Cornell Center for Hospitality Research have found that the hotel industry pays through the nose anytime a front desk person hits the bricks.

"The average cost of turnover at the front desk was 30 percent of salary, or an average dollar figure of nearly $5,900," says Timothy Hinkin, the Cornell University professor who, along with Prof. Bruce Tracey, helped develop the CHR Turnover Tool. "That percentage figure was consistent across all market segments."

Here's the part we think makes this new tool meaningful for full-service restaurant operators. "Even more devastating than the loss of the employee was the loss of productivity among managers, supervisors and coworkers," Hinkin adds. "Our participants said that coworkers lost 20 percent of their productivity for up to 16 days when a colleague left the front desk."

A 20 percent loss of productivity probably sounds about right to anyone who's had to endure a new restaurant host's or hostess's first couple of weeks on the job. That new person may turn out to be great, but until he or she learns the rhythms and routines of the dining room, things that once went smoothly suddenly run rough. Customers get cranky; waitstaffers pout about who is or isn't in their section, and how fast their section does or doesn't fill up; the kitchen finds that the rushes and lulls are newly exaggerated; and owners and managers run themselves ragged smoothing everything out.

The Cornell professors argue that if you're going to be spending 30 percent of an employee's salary each time one of them leaves, maybe that money might be better spent on recruitment and training, if not on improved wages and/or bonuses should you have a highly capable person in the host or hostess position in the first place.

You can find the CHR Turnover Tool by going to:

and following the links. Registration, which is free, is required.

If you want to keep things going smoothly in your dining room, give this material a look.