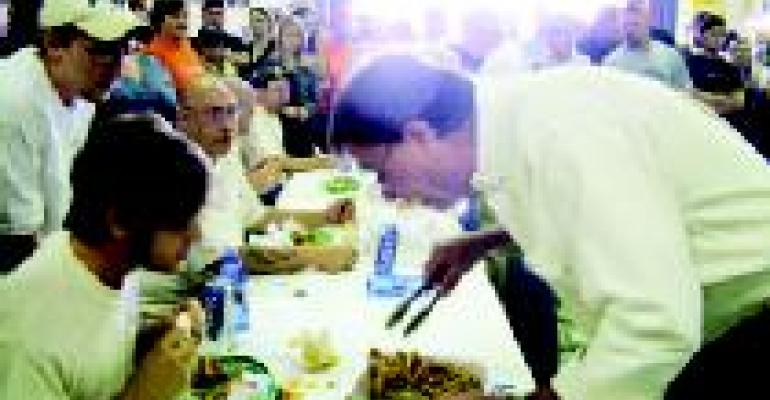 A Wing Ding for the Kids

Many charity events in the restaurant world are big-ticket, fancy food affairs. But that's not the only way to raise money for worthy causes.

Consider "Just Wing It," Buffalo's Southwest Cafe's first-ever national wing-eating challenge. Held in Atlanta, the event was a highlight of the March of Dimes Ride To Save Babies Weekend. It's an annual event in which 3,000 motorcycle owners participate in a 24-mile ride on a police-escorted parade through that winds through the city. Money raised goes to help prevent birth defects and lower infant mortality rates in Georgia.

To reach the finals, contestants had to first qualify by winning a local competition held at their local Buffalo's Southwest Cafe. The company operates 40 units, most of which are located in the Southeast and Midwest.

At the finals, the winner was Don Scott of Dacula, GA. He took the event by downing 30 Buffalo-style wings in just two minutes. Top prize was a a vacation package for two to a destination of his choice plus other prizes. Runners-up wing eaters included Jordan Miller, Holt, MI; Matt Olvham, Sullivan, MO; and Joey Mullis, Macon, GA.