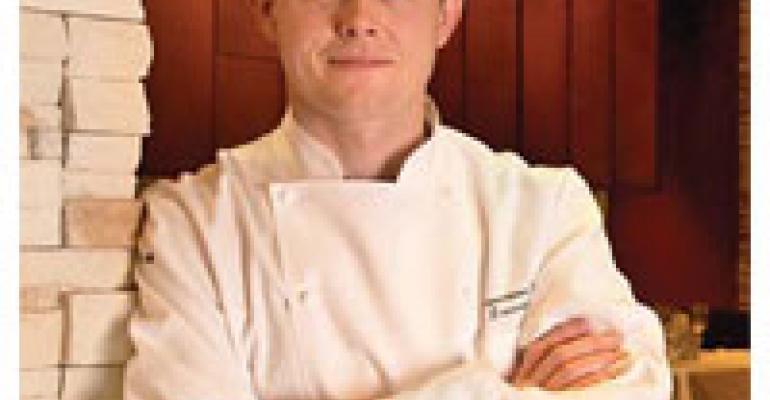 They've mostly conducted their careers outside the media glare that shines on the full-service restaurant industry, but Jonathan Bennett and Michael Hislop are in the spotlight now. Each has been named a recipient of a prestigious 2010 Silver Plate Award by the International Foodservice Manufacturers Association (IFMA). Bennett claimed his honor in the Independent Restaurant category, while Hislop won his for the Chain Full Service/Multi-Unit Concept Operators division.

Bennett got his start in suburban Cleveland at white tablecloth spot Moxie, The Restaurant. Hired as sous chef in 1997, he quickly rose to become executive chef/partner, a post he still holds today. He added to his duties in 2005 by becoming executive chef at Moxie's sister concept, Red, The Steakhouse, also in Cleveland suburb Beachwood. Both operations have gained national profiles under his leadership, with Red being named one of America's best steakhouses by publications ranging from Playboy to Esquire.

He added to his duties in 2006, becoming chief executive officer of Corner Bakery Café. Hislop has led that chain from a company owned model to a franchise operation, a move with has greatly strengthened the concept.

Bennett and Hislop will pick up their awards during IFMA's 56th annual Gold & Silver Plate Awards Celebration in Chicago. The gala is scheduled for May 24 at the Sheraton Chicago Hotel and Towers.