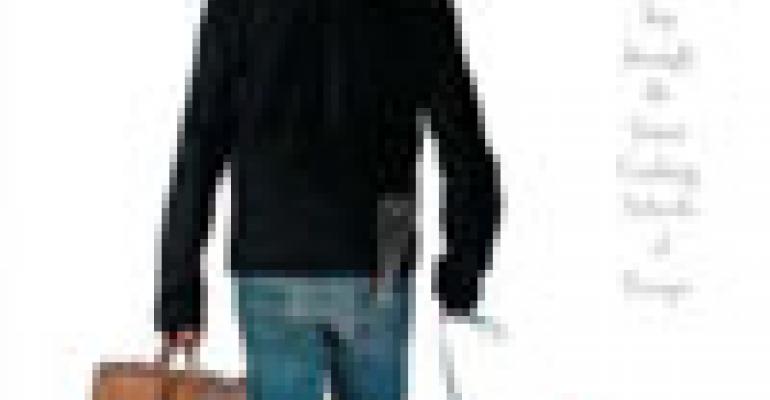 A Trip You'll Want to Take

It's every aspiring chef's dream to do a stage (i.e., an apprenticeship) in Europe's finest restaurant kitchens. Or, barring that, to attend the cream of the great cooking schools in France and Italy to pick up clever techniques, fabulous recipes and lifelong inspiration all in one swoop. Many want this experience; few actually get it. Desirable as a culinary adventure like this might be, who's got the time and, given the current exchange rate between the U.S. dollar and the Euro, the money?

Bob Spitz had both, and we get to read about his indulgent four-month culinary tour in The Saucier's Apprentice (Norton, $24.95). For those wondering what such a tour might encompass — probably most of us — Spitz is an entertaining guide.

His path takes him to kitchens high and low. He puts in time at Michelin-starred restaurants (Pierre Orsi in Lyon; Moulin de Mougins in Mougins, L'Arpège in Paris), whose celebrated chefs treat Spitz not just as “a royal pain in the ass,” but, worse, an American one. His “stages” consist primarily of cleaning green beans and wiping dirt off mushrooms. Interaction with the big-ego bosses at these restaurants is fleeting, but the lessons of their kitchens are clear: high standards, always.

Also in France, he puts in time at some of country's top cooking schools, with mixed results. Spitz finds that some are run by disinterested chefs, others are designed to cater to wealthy tourists with a passing interest in food, and there's even one where the author is the first student to study at the school. It makes for an entertaining mix, but one that leaves Spitz's passion for cooking unrequited.

He eventually finds fulfillment by crossing into Italy, where he trades in the butter, cream, shallots and intricate presentations of French cooking for the olive oil, tomatoes, garlic and simple preparation of Tuscany. In the end, this style resonates with him the most.

But no matter where Spitz goes, drama ensues. He's not a warm and fuzzy food lover willing to accept any scrap of information his overlords deign to pass on. He knows his way around in the world and is no sucker for celebrity. This no-b.s. attitude pumps boundless life into the book, because Spitz is a fine and colorful storyteller, having written four previous books, including a New York Times best-selling biography of the Beatles.

But this is much more than a book-writing assignment for him. The 50-year-old Spitz was yearning to make a midlife career-switch because he was so passionate about food. In the end, he doesn't. But if you want to learn what goes on in the heads of food lovers like him, with the bonus of an inside look at some of Europe's most noted cooking schools and restaurants, give this book a try. You'll find it highly entertaining and instructive and, although it's not billed as one, a great behind-the-scenes guide for those who want to take that dream European culinary tour themselves.