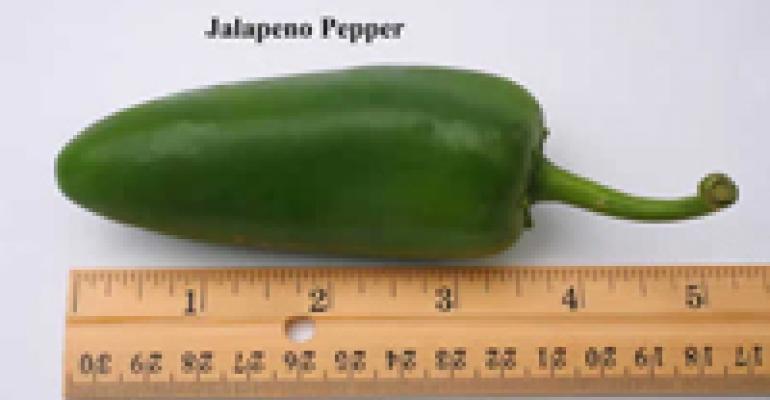 A Verdict in the Case of the Tainted Tomatoes: Not Guilty

It ended not with a bang but a whimper—“it” being the summer-long salmonella outbreak first thought to be caused by certain types of raw red tomatoes, later attributed to tainted jalapeno and serrano peppers grown in Mexico. The final score: 1,440 people became sick, $100 million in sales were lost by the U.S. tomato industry, Mexico’s health officials said U.S. investigators still had it all wrong, and U.S. restaurant operators wound up taking extensive precautions that did nothing to protect either their customers or themselves. So how should you react to the next food safety directive that comes down from the U.S. Food and Drug Administration (FDA)?

Before we go any further, we’d like to underline the size and importance of this incident. The Centers for Disease Control (CDC), who conducted the joint probe along with the FDA, notes that it was “The largest foodborne disease outbreak identified in the United States in the past decade, based on the number of culture-confirmed cases.”

Evidence of this salmonella outbreak first began to appear late May of this year, making its way onto the FDA’s radar in early June. That’s when the agency issued a nationwide warning that cautioned against the use raw red plum, red Roma, and traditional round red tomatoes—which is to say, 99 percent of all fresh tomatoes used in foodservice. It was OK to serve cherry tomatoes, grape tomatoes and tomatoes that still had their vines attached, but most operators simply removed tomatoes from their offerings until the government gave the all-clear.

That came, six weeks later. On July 17, the agency announced that tomatoes could to back on the menu. But there was no all clear. The salmonella outbreak was still going strong, and the FDA said it was switching the focus of its investigation from tomatoes to fresh peppers.

How exactly did the FDA determine that tomatoes were now safe? It was because the incidence of salmonella illness continued to increase in both number and geographical reach, even though the ban on fresh tomatoes had been in place for weeks. There was no way around it—something else had to be causing the problem. Also, extensive testing up and down the food chain failed to turn up a single tomato that carried salmonella bacteria. In the end, the tomato ban was a headache for restaurant operators. But it was a devastating blow to tomato growers, who took an estimated $100 million loss.

Food safety sleuths turned their attention to peppers, cilantro, scallions and bulb onions because many of those stricken with salmonella reported eating salsa just prior to becoming ill. After extensive investigation, the FDA deemed U.S.-grown peppers safe and narrowed its focus to raw jalapeno and serrano peppers grown in Mexico. Ultimately, the agency honed in on a water tank in the northern Mexico state of Nuevo Leon, where it found the exact strain of salmonella (salmonella saintpaul) that had been making people sick in the U.S. “We have a smoking gun, it appears,” said the U.S. Centers for Disease Control and Prevention head Dr. Lonnie King. The FDA was also able to track tracked salmonella-laden peppers to a pair of farms which had shipped them through a facility in Nuevo Leon before being sent to the U.S. market. The already rigorous testing of fresh peppers at the Mexican border—Mexico exports 12,000 tons of fresh peppers to the U.S. each year—was stepped up.

Case closed, right? Not from the Mexican point of view. “We’re eating the same produce in Mexico and we haven’t had any problems, “ Enrique Sanchez, director of Mexico’s Farm Food Quality Service, told the Associated Press in late July. He added that the U.S. officials “totally lacked scientific evidence” to reach the conclusion they did.

So how did it come to be that restaurant operators had to pitch out all the tomatoes they had and stop serving any new ones for more than a month? The CDC reflects on the incident this way:

“Tomatoes possibly were a vehicle for infection, particularly early in the outbreak. In the initial case-control study, illness was significantly associated with consumption of raw tomatoes and not with foods containing peppers, such as salsa or guacamole. Consumption of jalapeño or serrano peppers was not assessed in this initial study because in hypothesis-generating interviews conducted with 19 case-patients, only five (26%) reported eating peppers other than red or green bell peppers in the week before illness began.

“In addition, a survey of 75 case-patients in Texas whose illnesses began before June 7, using a questionnaire that asked specifically about pepper consumption, found a relatively low proportion who reported eating raw jalapeño (39%) or raw serrano (8%) peppers in the week before illness began, whereas reported raw tomato consumption was high (85%). Finding the outbreak strain on two types of peppers from two farms supports the possibility of contamination of other produce items, including tomatoes, during growing, processing, or distribution.”

In other words, investigators couldn’t rule out that tomatoes may have been a carrier of the salmonella strain, even though no contaminated tomatoes ever turned up.

Where does this incident leave the restaurant industry? It’s confused and hoping for better.

Actually, the industry is demanding better. National Restaurant Association v.p. of health and regulatory affairs Dr. Donna Garren (pictured) recently appeared before the U.S House of Representative’s to ask Congress to intervene. Here’s part of her testimony before the House Energy and Commerce Committee’s hearing regarding the salmonella saintpaul outbreak:

“Restaurants have taken the lead in ensuring food safety within the four walls of our restaurants,” she said at the July 31 hearing. “The National Restaurant Association and our members are making multi-billion-dollar investments in improving food safety and developing state-of-the-art food safety education programs. The ongoing salmonella outbreak has been long, costly and frustrating for all concerned and highlights the need to re-evaluate our food safety system and implement needed improvements.

“We must look for ways for the government at all levels to collaborate more closely with industry experts during the course of an outbreak investigation. And we must establish stronger standards and practices that move us towards continuous improvement in produce safety,” she continued. “Of particular concern is the complexity of the food distribution channels for fresh produce and the challenges presented when a finished product served to consumers, like salsa, contains a number of ingredients. This complexity presented challenges to the public health officials leading the efforts to resolve this outbreak in a timely manner. In moving forward, we need a stronger approach. We need a truly farm-to-table approach. Supply chain collaboration and coordination has taken on a new urgency and new focus.”

She’s telling Congress that we need better prevention and better detection when problems do occur. After the three-month ordeal the restaurant industry just went through, we’re hoping Garren, and you, get some action.